“We should make responsible use of science” 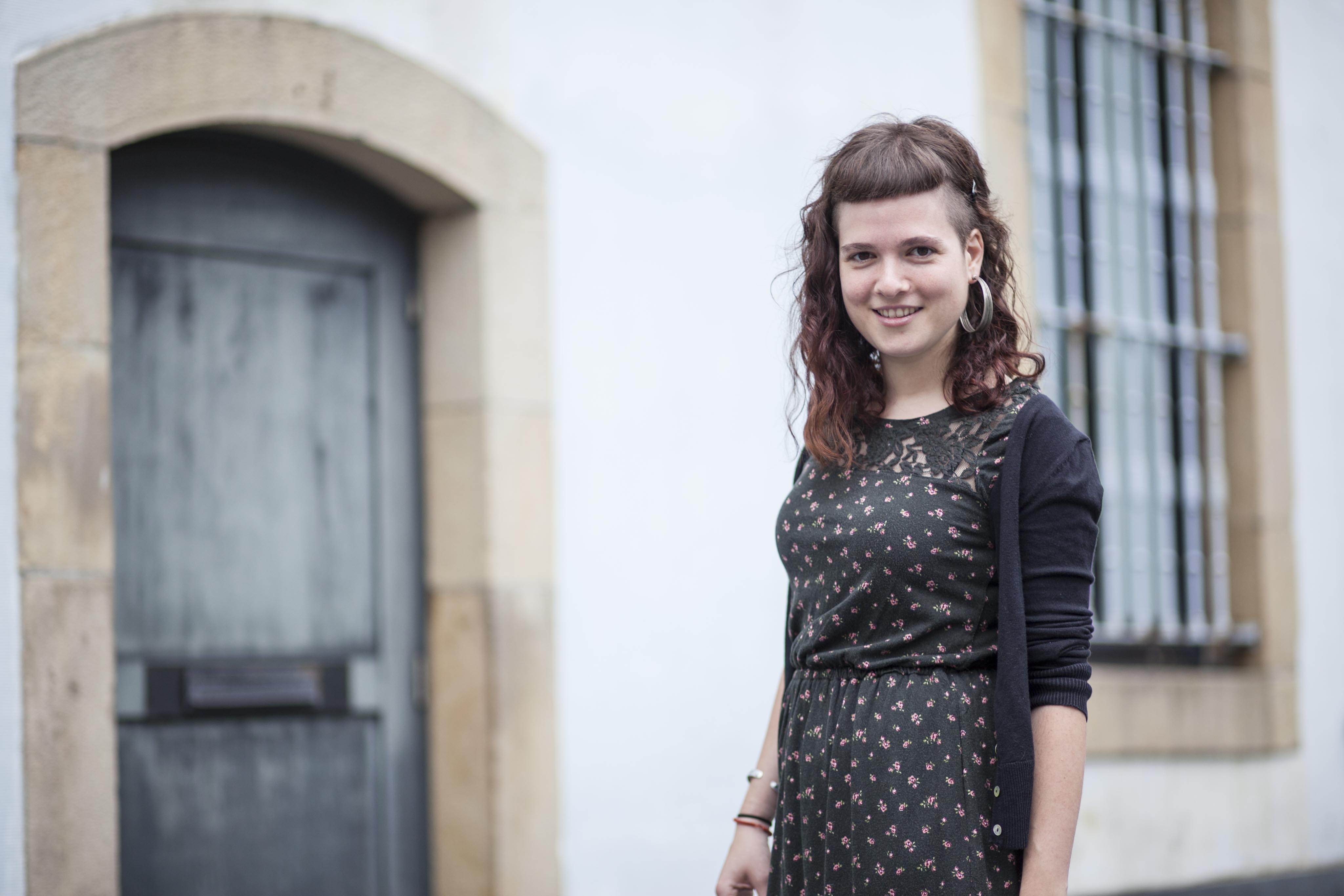 Estitxu Villamor began studying physics by the influence of a teacher. In his opinion, “he told us about the passion for physics and I really liked it, so I decided to learn that. And from the beginning I had the desire to do a thesis and the curiosity to investigate."

He says that being in fourth year, in summer he had the possibility of doing internships at Nanogune: "I was at ease. I just opened the Nanogune and then made the first steps of what I have done in my doctoral thesis. Then they proposed to ask for a scholarship from the Basque Government and I thought I should try it," explained Villamor.

When he began to do his thesis, he realized that he had an idealized vision of science: "Like many others, I had a romantic vision of science, all related to the search for knowledge. But I also saw that there are other things." Among them, Villamor mentions publication pressure and working conditions.

However, another reflection has influenced Villamor more: "What interests are behind it? That is the question. Research is expensive, especially experimental. And there has to be an interest in financing it, which is not as ethical as it should have always been,” he said.

In his opinion, research is really important and we must continue to investigate for the benefit of society, but taking into account the consequences. "For example, what I was researching, what application does it have? Because directly in the microelectronics industry to make computers more powerful, smaller, faster and less energy consumption than today. This can be interesting. But is it really important that everyone has such computers? And where do the necessary resources come from? Keep in mind that it takes a lot of energy and that the materials used are limited."

In addition to the uses of energy and materials, Villamor cares about how they behave to achieve them. Includes example of coltan: "It is brought from the Congo and wars are financed for exploitation, systematically violating human rights. But when we investigate we don't remember it."

Therefore, Villamor believes that researchers should reflect on whether they want to help the industry in the direction of continued growth, or it may not be better to change course and try to change the economic system. "Responsible use of science can help this transition," he added. And he has followed: "Scientists are also responsible for what is happening in the world and should take responsibility for what they research and for what."

Therefore, Villamor refuses to continue investigating. "I really like science and I don't want to lose the link with science, but I decided to take another path." He still doesn’t know what he’s going to do, but he would like to devote himself to teaching or scientific outreach, “especially to encourage critical judgment.”

Estitxu Villamor (Vitoria-Gasteiz, 1987) graduated in Physics from UPV and has studied at CIC nanoGUNE. First through the Master's Degree in Nanoscience and then in the realization of the doctoral thesis. In December 2014 he defended the thesis entitled "Injection, transport and manipulation of pure spin currents in metallic lateral spin valves". Currently, it aims to abandon research and devote itself to the world of education and scientific outreach.