We have all heard that at some point there is more waste in space. It is true that throughout these years the number of artificial satellites in orbit of the Earth has grown considerably, and that if we continue, in 50 years it would be foreseably impossible to launch a satellite. For this reason, the greatest current space powers have reached an agreement. In the first place, it has been agreed that a non-useful piece of more than 25 years is space waste, and if at that time it does not recover naturally in the atmosphere, this piece should have a burner to maneuver and reintroduce in the atmosphere, or at least to maneuver and stop in the lowest orbit possible to reintroduce it by atmospheric erosion.

Low-orbit satellites, located between 200 and 1000 km, are recovered for 25 years due to atmospheric erosion. The problem is that the number of satellites currently in low orbit (Low Earth Clubs) is very large, specifically 12,726 pieces (at the time I am writing the article). There is a lot of chance that a crash will occur. And if this crash occurred, the International Space Station, its crew and many other unmanned parking lots would be in serious danger. In other words, the Space Station must maneuver more than 7 times a year to avoid shocks or excesses of approach to waste. If there is no time to maneuver, astronauts must enter Soyuz's car parks and wait for the moment of maximum approximation.

Most of the 12,726 pieces of low orbit come from the ASAT test of the Chinese and the crash between Kosmos 2251 and Iridium 33.

On 11 January 2007, the Chinese launched a missile against their fragmented meteorological satellite Fengyun 1C. The satellite broke into 3,393 large fragments (larger than a golf ball). Estimates say that the pieces of more than one centimeter are more than 150,000, but cannot be counted or followed because they are too small. Currently every 3 days more a piece of Fengyun 1C is reintroduced in the atmosphere approximately. Left in orbit 2,803 pieces larger than a golf ball. Predictions indicate that they have passed about 3,100 times at a distance of less than or equal to 5 km from another satellite, with the risk of generating more garbage.

On 10 February 2009, an approximation of 584 metres was detected between the Soviet military satellite Kosmos 2251 and the North American communications satellite Iridium 33. 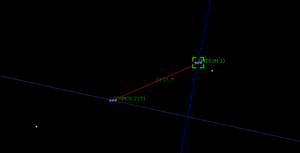 Maximum approximation of Kosmos 2251 and Iridium 33

At the time of the maximum approximation, Iridium 33 was silent. After a few hours in the US USPACECOM the existence of two new garbage groups was announced, the crash was confirmed. The Iridium 33 was broken into 598 pieces and the Cosmos 2251a 1.603 pieces. Today, 390 Iridium 33 and 1.197 Kosmos 2251 pieces remain in ground orbit. 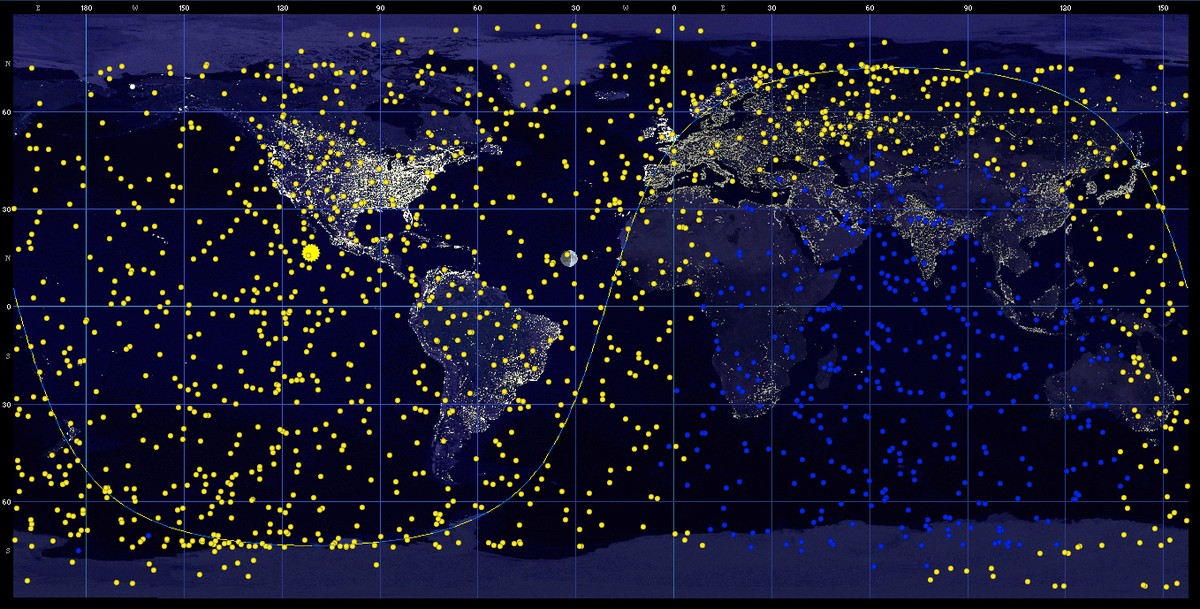 Remaining pieces of garbage from Kosmos 2251 and Iridium 33

Other facts have also led to numerous pieces of trash:

-Explosion of the Briz-M stage (in orbit): 82 fragments of fragments

-Explosion of the Pegasus rocket (in orbit): 713 fragments of fragments

In total there are 9,963 pieces produced between the explosion, the division of parts and the shocks.

Geostable or geosynchronous satellites are at an altitude of 35.750 km. And such a high altitude would prevent its reentry into the atmosphere after 25 years, due to the large amount of burners needed for it. To avoid this, they must send by law old geostable satellites to the “graveyard” orbit or cemetery. This orbit is 100 km above the geostable orbit and has no useful function. That's why they don't bother too much there. 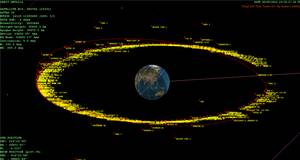 GEO “ring” and some satellites in orbit cemetery

To prevent the geostable orbit from being filled with the rocket stage, the rockets must deposit the GEO satellites into the GTO orbit (Geo Transfer) and maneuver autonomously to reach the geostable orbit. Therefore, the GTO orbit is filled with rockets, stages, tanks and adapters. This garbage is very difficult to remove and crosses a low and medium orbit, specifically the orbits of GPS satellites and low-orbit satellites. Natural reintroduction usually requires 25 years or more. The apogee of the orbit descends slowly in the perigee due to atmospheric erosion. Normally the apogee is reintroduced when the orbit reaches the low. These problems make them currently quite permissive with companies and space agencies in this type of garbage.

Currently the American USPACECOM and the number of satellites cataloged by fans is 15.857. It is estimated that 1,168 are satellites in operation. 14.689 pieces of garbage cataloged, so there are estimates that they can exceed one and a half million centimeters. 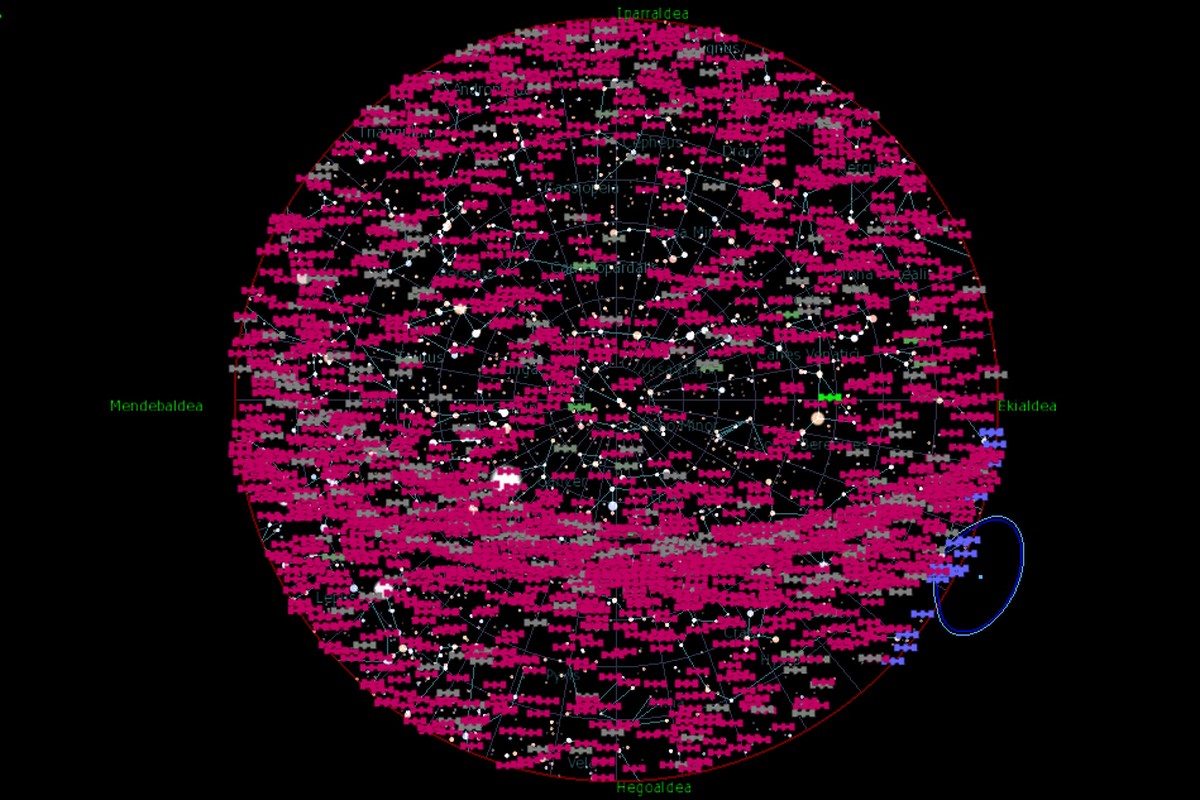 The number of satellites we have in our sky at any time of the day, represented in violent colors, blue, gray or green.

It is about preventing the so-called Kessler syndrome from occurring. According to the equation, a garbage piece would hit a satellite and generate more garbage, and that last garbage would collide more satellites and generate more and more garbage (exponentially) to convert several orbits of the Earth into unusable.

“This entry #Scientific Culture 2. Participate in the festival” 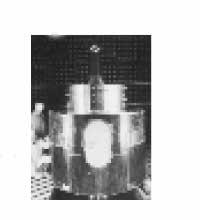