It is not easy to explain the current situation of the Basque environment of 1973. When everything related to Basque was not prohibited, it was despised, discriminated against and frustrated, especially by the institutions. The perception of grants or grants could not be imagined in dreams, the voluntary effort of some particular, but, of course, if it was not insufficient in terms of the situation that lived the University, in the Basque Country there was no public university, private yes, Navarra and Deusto. In the meantime, and as a souvenir, the public university centres in Gipuzkoa (Escuela Pericial, Escuela de Enseñanza y Derecho, if I'm not mistaken) were, for example, branches of the University of Valladolid. And so in the rest of territories. 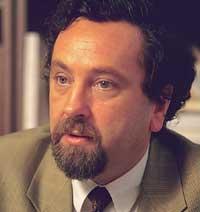 A few of us, students of the university in the 1960s, focused on the subject of Basque and began to take the first steps. Thus, at the School of Engineering of San Sebastian, some friends began to work on our own technical Basque and other topics. Continuing along this path, in 1968 we organized the Basque Cultural Group (EKT), with which we began to work the Basque classes (to teach Basque, of course, it was a dream to use Basque in classrooms), Basque culture and technical Basque, among other things.

In 1972 we met some recent graduates in the School of Engineering and a group of students from the last years of career to take the first steps of the group that would later be Elhuyar, that is, to work science and technology in Basque normally. Therefore, when in July 1973 we learned that in San Juan de Luz, as a continuation of the conferences held last year within the week of Basque culture of Baiona, they were thinking of organizing the first edition of the Basque Summer University, we decided without a doubt that some of our groups participate in it.

Thus, in that same round of 1973 we met. Of course, we lacked structure and program, but with desire and desire. Compared to the current structure, more than an organization of departments, it was a large number of shared seminars. How many people did we meet in that first round? I don't know, but I can say that we were very few.

Little by little we started in the EU and gradually people joined. The “Maurice Ravel” institute in Donibane was small at once; elsewhere the nest had to be found and the friends of Iparralde, especially Manex Goihenetxe, took care of it until they found the headquarters of Uztaritz. The shifts held there are unforgettable for me: classes in friendly atmosphere, seriousness of the debates, joy of the hours of rest... During these years the EU adopted and adapted its classification structure.

Therefore, while in the South we were at the foot of Francoism, the EU found its location in Iparralde. However, since most of the participants were of South origin, since the little money that was obtained was mainly obtained in the South, the increase of the members of the EU and the scarce number of responsible for the organization of the North, finally it was proposed and decided to move to the South. We went to the Larraona residence in Pamplona. The subsequent tour is much better known and I will not say anything here.

At the beginning of 25 years ago, the capacity and precision of Basque in all areas of wisdom were far below the current one. In my opinion, the greatest merit the EU has had is precisely the integration and impulse of the need to work so that Basque is a tool of knowledge for all of us. Thus, in a limited time of the year, breathing then pushed us to work in Basque our subjects in our usual work throughout the year (in many cases including enea, at university). Some of us who passed through the UEU began to give our subjects in Basque very soon (in my case, physics at the Faculty of Chemistry of San Sebastian in 1976). Little by little, the seed sown at the University of the Basque Country/Euskal Herriko Unibertsitatea began to harvest and from that moment the teachings in Basque began to be increasingly abundant.

I have always seen the EU as something tractor, useful or complementary: not as a substitute for conventional universities, but as a complement. That’s why, in my opinion, we have to intensify some kind of relationship or relationship between the EU and the universities of our environment, since, in short, most of the “clients” of the EU, in some way, we are associated with some of them.

Finally, I want to reiterate an opinion that I have had so far and said clearly: The EU should tend to disappear if other universities offered subjects in Basque in total normality, but as long as it does not happen... 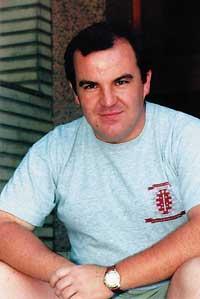 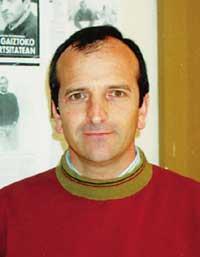