Research of organic synthesis by computer

Chemical synthesis can be defined as obtaining certain products from other products as a result of a reaction sequence.

To achieve this sequence of reactions we must take into account some laws. These laws tell us whether or not a reaction is applicable at a particular time or situation.

But we also need to know other things to choose the best synthesis: 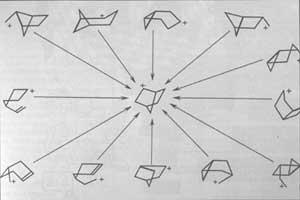 As we have many different chemical species and reactions, we will have many chances of getting a product. We have to choose the cheapest and easiest way to carry out in the industry. To know what this route is, we have to take into account the types of devices we have and the types of reactors we have, whether their use is easy or difficult and at what price are the reagents in the chemical market.

Therefore, when performing the synthesis, we must take into account on the one hand a large number of data and on the other, take the most appropriate option of all options. This raises two problems:

Appearance of computer screen when developing a structure in which benzene has four radicals represented.

Therefore, in the sixties they began to use computers. At first a debate arose among researchers. Some assured that chemistry was a science of low formalization dimension and the intuition of the researcher was really important. On the contrary, other researchers pointed out that he was able to help computers in the intellectual work of a chemist and that he should help.

A computer can better and faster analyze the different options. What the researcher has to do is propose a work to the computer. To do this you must use an appropriate language, based on mathematical symbols. In the latter one finds the greatest difficulty, translating all knowledge of chemistry into mathematical language.

A computer can help the chemist in two ways:

The first expert system in organic chemistry, that is, the first artificial intelligence, was the so-called DENDRAL. R. Feigtroncos and J. It was made by Lederberg. DENDRAL, based on the results of spectroscopic analyses, was able to obtain a three-dimensional structure of organic molecules. 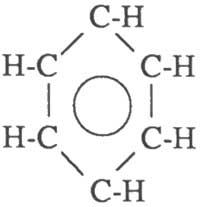 Other systems of the 1970s include: LHASA, SECS, SYNCHEM and PASCOP for example. These presented different alternatives from various data and the chemist chose which way to go.

Another session of computer-assisted organic synthesis was the FLAMINGO program. With this program “M. Lomonosov” joined the University of Moscow in 1972. This program works as follows:

The computer is based on a structure belonging to the initial chemical species. Reactions in organic chemistry are considered permutations of the various bonds, that is, they break in some places and complement each other. As the possible permutations are many, they put limits or criticisms. Thanks to them, the computer conducts a study that avoids unreal structures or duplications, that is, equal species. In other words, tighten the search band and do not accept unchemically relevant results, even if they are mathematically correct.

On the other hand, thanks to his knowledge the researcher can introduce some special limitations in the program. For example, choose only some of the atoms that have a compound. Thus, only the bonds of these atoms will intervene in the permutation.

The computer graphically represents the information we enter and the results.

Their working time ranges from three to five seconds.

The chemist selects the most appropriate results from those obtained, which are stored in the computer's memory and which can be used as primary species. In this way a synthesis of different stages can be performed.

Another experience has been the project of the chemical institute UAM-IBM and Sarria. This project began in 1986 and was aimed at students.

The main feature of this project was the simplicity of computer language. Despite not having great computer knowledge, it was possible to work with this system.

Initially they housed a group of chemical species of organic chemistry. This group consisted of species derived from benzene and benzene. Benzene has a hexagonal structure with a carbon atom at each of its vertices. This carbon has a loose bond and in this substance it is attached to a hydrogen atom. The molecules derived from benzene are obtained by replacing the hydrogen atom with another atom, a radical or a set of atoms. For example, acetylsalicylic acid (aspirin) is obtained by replacing a hydrogen with a COOH radical and another by an O-CO-CH3.

To obtain a product, they must provide the system with the following information:

Once this information is received, this system will tell us what is the most economical form of synthesis to obtain a product.

The biggest problem with this system is the huge number of possibilities and the time needed to make the decision. The system of reducing something this time has been put on a memory, that is, it has been given ability to remember. It stores the information of the intermediate products and thus, if a synthesis line passes through that product, the time it takes to make the decision will be less. 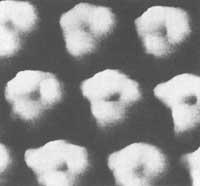