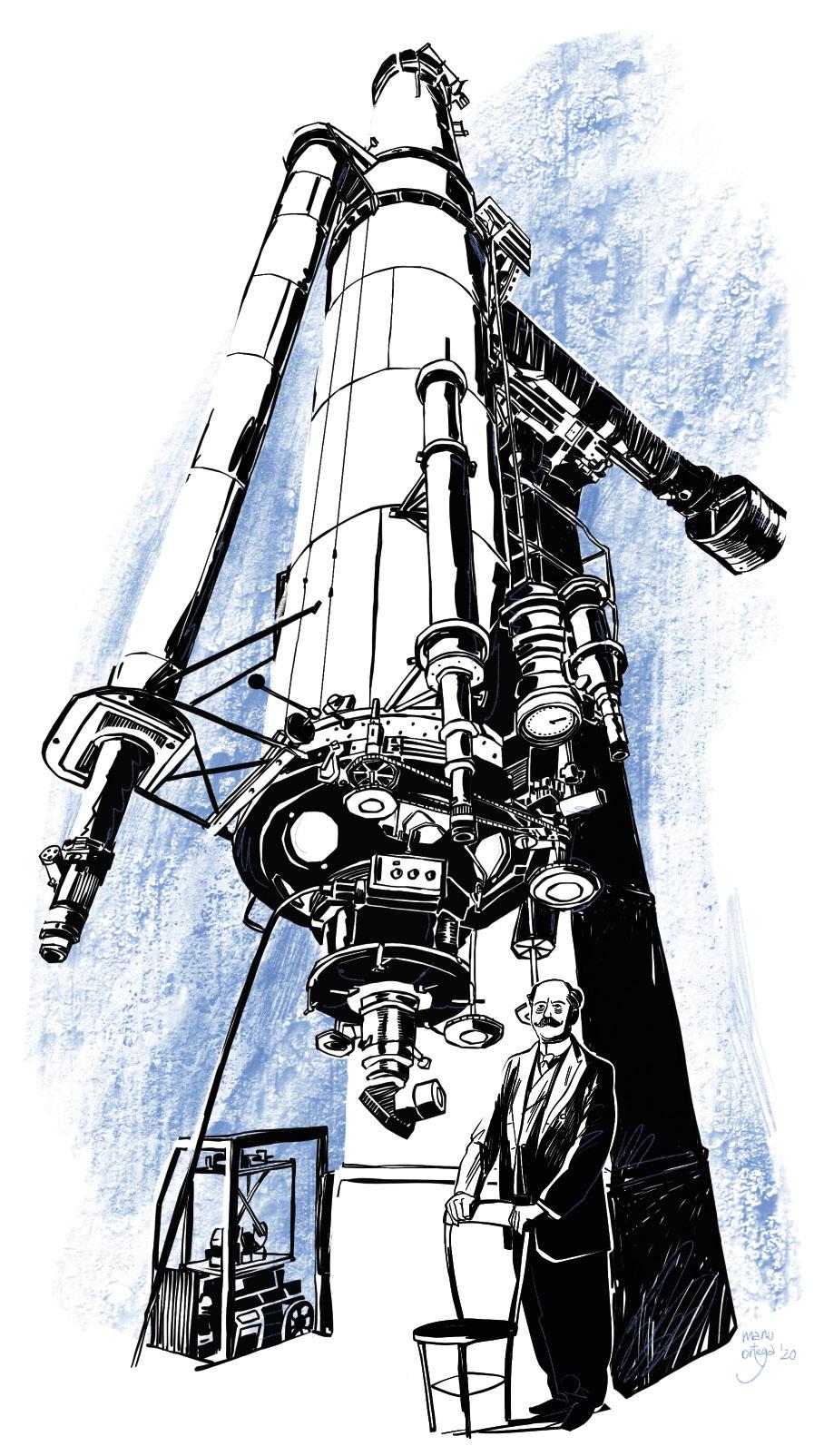 Lowell was crazy. In the end, after months of despair, after spending hours with the eye on the telescope, they managed to see what they wanted to see: The surface of Mars was filled with large channels. And Lowell made it very clear: those channels were not created by themselves.

Percival Lowell was the son of a wealthy Boston family. After graduating in Mathematics at Harvard University in 1876, he spent several years in his family's rich textile business. But, being adventurous, he began to travel to the Far East. He spent about ten years in Korea and Japan as diplomacy. And he published several books on customs, religion, culture, economy, etc. of those territories.

He returned to the United States in 1893 and, at that time, his aunt gave him the book La planète Mars by Camille Flamarion. He was fond of astronomy from a young age and that book suddenly ignited the worm inside. Italian astronomer Giovanni Schiaparelli, who announced the channels he observed on Mars, surprised Lowell. He felt he could do something big and somehow had to investigate it.

The Mars opposition of 1894 was to be a great opportunity, but it would have to go fast. He hired astronomer William Pickering and new graduate Andrew Douglas and immediately put them in search of a place with the best atmospheric conditions for observation. They decided to do so in Flagstaff, Arizona, at 2,100 meters high. There was built, that same winter, the Lowell Observatory, the first built in a far and high place to get the best view.

The observations began at the end of April 1894. On the fifteenth night they found the first channel that Schiaparelli called Lethes. But then came disappointment, they saw nothing else. On June 19, before going home, Lowell writes: “Nor do we see channels with the best will in the world.”

He returned to the observatory in August. The polar cap of southern Mars quickly melted and Lowell discovered a dark list around him. He concluded that the dark ring was an “Antarctic ocean.” And this time they started to see the channels. In total there were 183 channels, of which 116 were new discoveries.

They did not appear all together. First appeared those who were near the South Pole and then further north. In the areas where the channels were joined, blue-green spots could be seen which, at the same time as they appeared, were of more intense colour. Lowell saw it clear: The blue-green spots I saw on Mars were colored due to the vegetation, oasis in the middle of the Mars desert. And the channels had to be the channels that governed those oasis. In fact, it would not be channels that were seen from the Earth, but the vegetation that grew around it.

Mars was a world in the process of drying. In that world there were intelligent inhabitants who, to survive, had to build a gigantic system of irrigation channels to transport the precious water from the polar ice caps. That was Lowell's theory. 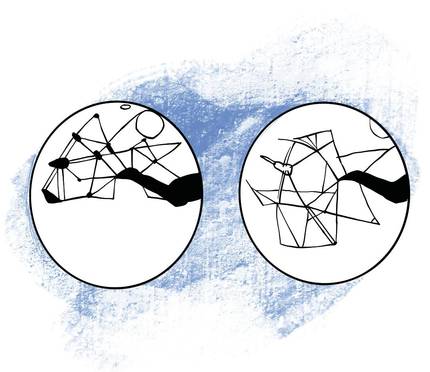 Most scientists did not positively evaluate the observations of the Flagstagg team and, to a lesser extent, the conclusions obtained. When in 1896 he also saw radial lines on Venus, scientific skepticism about Lowell's research increased even further. However, the Lowell Marcians and their built canals had great repercussions. They appeared in all the newspapers of the world. And the books that Lowell published on this subject were also very successful.

The English astronomer Edward Maunder experimentally demonstrated that these channels could be optical illusions. Maunder realized that the observations of the channels were very different according to the observer, and that the changes seen in the channels were so great and sudden. For this reason, through the points in white paper with Chinese ink, he measured the size that should have a spot to be visible and concluded that this limit was in 30 seconds (angle). The smallest spots were invisible. On the contrary, he observed that several points of 20 seconds are visible when they are consecutive, but we see them as a line. As observations made on Mars were below those limits, he concluded that local channels could simply be illusions.

In 1903, Maunder performed another experiment. He asked some students to watch a disc at a certain distance and draw what they saw. On the disc there were no lines, only circular scars. The students drew the lines.

In 1907, Alfred Wallace, who proposed, together with Darwin, the theory of evolution, calculated that the temperatures of Mars were well below zero, and that it was impossible for water to circulate through the channels, so there was no sense in that matter of channels.

Other astronomers did not see it on Mars. And to gain credibility, Lowell thought he had to start investigating other issues. He detected irregularities in the orbits of Uranus and Neptune, which mathematically analyzed and concluded that they could influence another planet further away from Neptune. He turned to the search for what he called Planet X and in that effort spent his last ten years.

He died without finding Planet X, in Flagstaff, in 1916. In 1930, from the Lowell Observatory, Clyde Tombaugh discovered Planet X very close to where it should be based on the orbit calculated by Lowell. He was called Pluto (the first two letters are the initials of Percival Lowell). They soon realized that it was a chiripa. That Planet X was much less than expected and it was impossible for that dwarf planet to influence the orbits of Uranus and Neptune.

Now we know that we know
Lowell observed the radial structures coming out of a dark point in the center of Venus. By then it was suspected that the opaque atmosphere surrounding Venus prevents the observation of surface structures from the Earth. In 2003, in a paper published in the journal Journal for the History of Astronomy, Lowell gave a possible explanation of what was seen. In order to see as much detail as possible, Lowell was very close to the diaphragm of the telescopes. In the case of Venus, especially, he worked with an extremely small aperture, and helped by the brightness of Venus, the telescope became ophthalmoscope. It is possible that those lines he supposedly saw on Venus are the blood vessels of his eye.

Lowell saw and drew the structures on Venus and a background image of eye taken by ophthalmoscope. ED. : Lowell Observatory and Mikael Häggström/CC0.
On the other hand, the fact that the orbits of Uranus and Neptune do not coincide with what Lowell expected, was not due to the influence of an unknown planet. The problem was that the mass attributed to Neptune was incorrect. When Voyager approached Neptune 2 in 1989, a more accurate value of the mass was obtained and, once estimated with this value, the supposed deviations from the orbits of Uranus and Neptune disappeared.