"Only one does not reach any place" 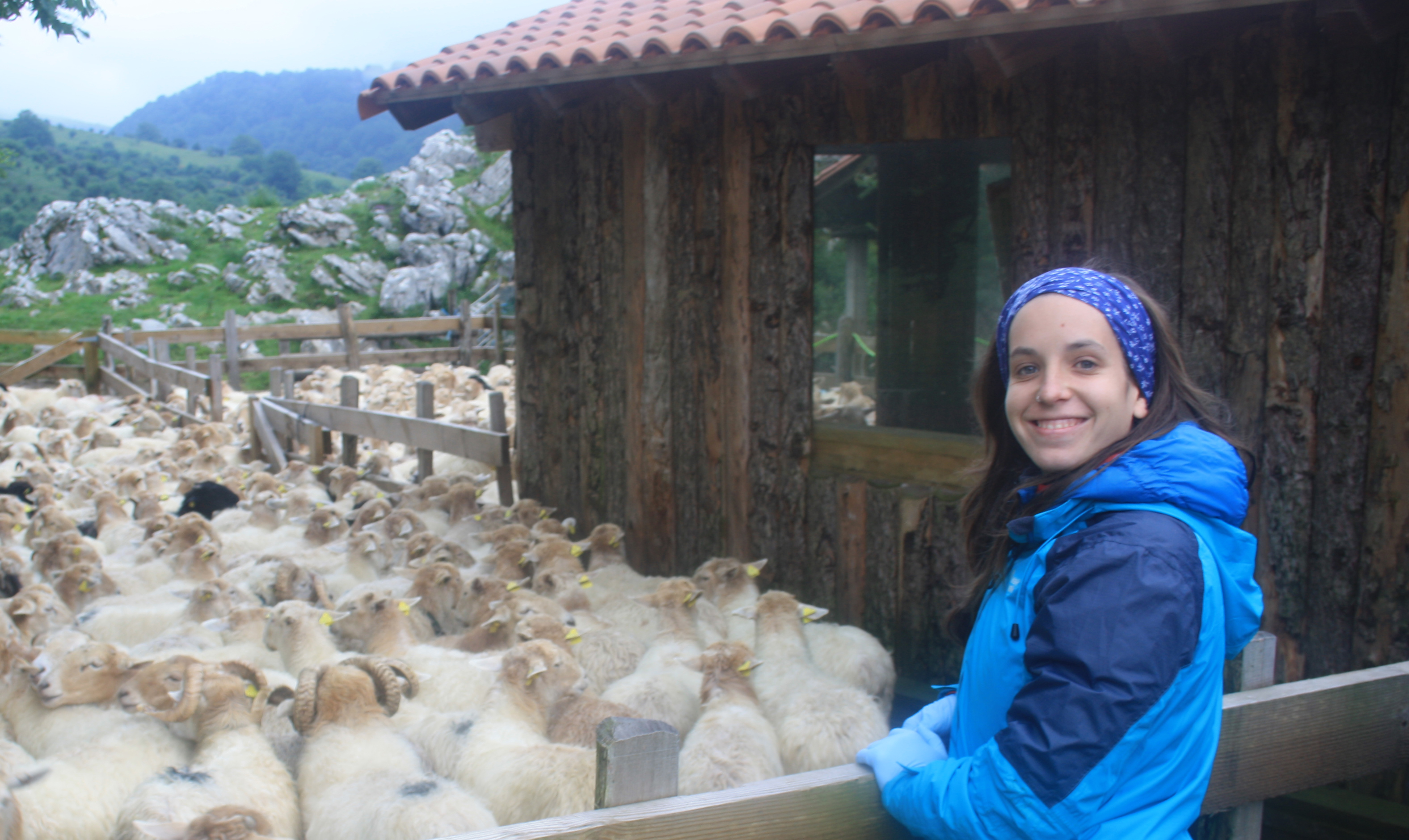 The hobby comes from the house Maddi Arzaki. He confesses that his mother is very natural and that when they went to the mountain, he liked to explain nature to them. Taking this into account, it is no wonder the choice of Biology when it comes to university studies. "Among the subjects we had botany and I really liked it. From there I have been seeing and learning different things, going from one laboratory to another and choosing what I like most, and so I have come to investigate the pastures in the department of Plant Biology and Ecology of the UPV".

Thus, at the end of the race he completed the Master in the same department, where the possibility of carrying out the thesis arose. "The truth is that I had no intention of working in anything else; when they offered me to do the thesis, I had no interest." Recognize that in this sense it has been very easy: "In the group I was very pleased and above all that prompted me to start."

And the group has great importance for Arzak: "I don't know if the same happens in other areas, but in our case the work team is very important. We have great loads of work, we want to do many things, and each one does not reach any place. I, at least, need the support or momentum of the team."

However, it does not deny that the realization of the thesis is hard, especially because there are no schedules. "The hardest thing for me is that you can't disconnect. Even if you arrive at the weekend or enjoy a vacation, you always have research in mind. But well, we must also learn to disconnect."

It is now focusing on analyzing data and results obtained in previous months to draw conclusions. "We are analyzing the use made by the herds of the mountain. We want to see if the sheep use all areas in the same way or if they like more meadows than others".

It is still early to draw conclusions, but they have already begun to see some things: "We are seeing that sheep do not go equally everywhere, they like more places than others. For example, one might think that he will want to have extensive and clean meadows that have rocks, but we have seen that no, that many more than we thought are dedicated to pastures with rocks." We are investigating why this is: "Plants that grow in this type of zones can be more desirable for sheep or have more nitrogen... In that we are".

Although the current work is laboratory, the sampling was performed in the field. It was not sweet, but enriching: "The sampling was done in the spring of last year; we were following six flocks and we had a bad time. Of course, working in these conditions is hard, but the life of pastors is even harder. In addition, despite the presence of some young people, many pastors advance in age. And they are all men. Yes, they took care of us perfectly: they left us a place to dry soups, they invited us to eat…".

In addition to combining conclusions from the data collected on the mount, Arzak is working on another work: "We are trying to get some analysis technique that allows us to differentiate mountain milk from cheese. The goal is, in some way, to be an instrument to give more value to mountain cheese than to another type of production."

In the future I would like to go and research outside of Euskal Herria. "Each place has its own characteristics, not only environmental, but also cultural, and in this field both have a great influence. Therefore, I am convinced that I will find things very different from those of here and I am eager to know them."

Maddi Arzak, a native of Erzibengoa in Irun in 1991, has travelled to the UPV. He first graduated in Biology and then completed a master's degree in Biodiversity, Functioning and Ecosystem Management. Since 2015 he has been doing his thesis with the predoctoral grant of the Basque Government. The title of the thesis is: “Grazing of milk herds on the mountain: use of habitat, selection of diets and traceability and authentication of milk and mountain cheese