The work carried out with the aim of unraveling one of the greatest mysteries of astronomy, that of solar neutrals, must be abandoned shortly because of the lack of money of American astronomers.

The activity that occurs in the area of the Sun is almost invisible to astronomers because the bright surface darkens the interior. The only way to study the nuclei of the Sun is to investigate solar neutrinos. Neutrinos are small, almost mass-free particles that form in the area of the sun. They escape the solar magnetic field and disperse into space.

Since 1967, the team led by Ray Davies is detecting neutrinos that collide in a pool size tank. The tank is filled with a special fluid at the bottom of a Dakota gold mine. Not all neutrinos that were going to crash into the tank have anything like that.

The problem of neutrinos is knowing what happens to them before they reach Earth or if the detector actually serves to detect them. Solar neutrinos can happen two things: Break before you get to the ground or become something else. It seems that the Americans will not respond. Europe and the Soviet Union work hard in this field.

Soviet scientists have dug a tunnel in the Caucasus Mountains, where a piece of gallium weighing 65 tons has been placed. Detection of neutrinos. Similar work is being done in the area of Rome, in the Gran Sasso tunnel. 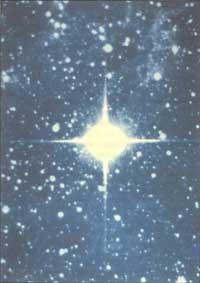