The concept of greenhouse is very common in our society. It is a system widely used by farmers, which allows that formerly winter vegetables are also in summer and vice versa. Building a greenhouse is not difficult, for this you only have to cover a ground with a transparent plastic that allows them to pass the rays of the sun. The sun's rays cross the plastic and heat the covered floor, but the heat reflected by the earth cannot cross the covered ground, so the plastic covered surface is warmer than the outside.

The Earth suffers a similar phenomenon. The rays from the sun collide with the Earth and the heat reflected by the Earth cannot escape space, as some gases from the atmosphere form an impenetrable barrier. If this did not occur, the average temperature of the Earth would be -18°C. The most important greenhouse gases are carbon dioxide, methane, CFC, surface ozone and nitrogen oxide. 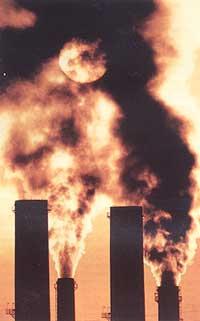 Coal, oil and natural gas are called fossil fuels. We burn in our boilers, factories, cars and energy centers for heat and energy. The name fossil fuel is due to its origin in plant and animal remains that have remained buried for millions of years.

Fossil fuels contain a large amount of carbon inside and when burned, together with heat and energy they release carbon in the form of CO2.

While the most common pathway for the carbon atmosphere is burning fossil fuels, there is another increasingly important pathway, deforestation. In addition, the effect of deforestation is double, on the one hand they release as CO2 the carbon that trees and plants contain when the forests are burned, and on the other, it decreases the influence of the chlorophyll function of plants. By chlorophyll function, plants capture CO2 from the atmosphere and release oxygen.

Three are the ways of methane production in today's world: on the one hand, from the dejection of herbivorous animals, on the other, from rice paddies and finally landfills.

These three roads have intensified in recent decades. Between the years 1960-1980, the livestock cottage has doubled in the world and, as an example, we will mention what happens in the sky of India. We know that NASA satellites explore the skies of different parts of the world. In the photos they take it is very significant that corresponds to the sky of India, where, unlike others, you can see the fog of methane

According to some estimates, the current amount of methane in the atmosphere is double that in the industrial era. In addition, the heat capture capacity of methane is thirty times greater than that of carbon oxide (IV).

Sometimes the sea, which is sometimes soft and sometimes bad, carries part of the carbon gas in the atmosphere. However, the recycling capacity of the sea is insufficient to combat human pollution.

This gas is produced mainly by beings living on land and in water. But there is also an artificial pathway for the generation of this gas, such as forest burning, vehicle exhaust gas and fertilizers used by farmers.

It is estimated that from the beginning of this century until today this gas has grown 80% and its heat capture capacity is one hundred and fifty times greater than that of carbon oxide (IV).

Until this century our atmosphere has not contained this gas. Although only a small part of the atmosphere, its capacity for influence is enormous. In addition to reducing ozone, the heat capture capacity of this gas is ten thousand times greater than that of carbon dioxide.

While the ozone present in the stratosphere protects us from ultraviolet rays, the ozone produced on the earth's surface as a result of pollution produces respiratory problems and a fog capable of capturing heat.

Its heat collection capacity is two thousand times greater than that of carbon oxide (IV) and, as we have said, it is generated in contaminated areas where the air is not renewed.

There are more greenhouse gases. Researchers have so far identified about 30, but the most important thing is certainly CO2 and this gas will be the main object of study in this work.

Greenhouse gases have a natural landfill, that of volcanoes.

As the first words on what is warming the Earth were put into the mouths of scientists, about ten years have passed.

We know that the main components of the atmosphere are nitrogen and oxygen. The rest of the gases were only 0.028% two centuries ago. On the contrary, having passed the concentration of marginal gases from 0.028% to 0.035% on the threshold of the XXI, the concern arises. CO2 gas has been the most important gas in this growth.

The automatic measurement of this gas in the atmosphere began in 1958. Therefore, scientists have enough data to start analyzing the phenomenon. However, by making some approximations, the following table has been completed that reflects the evolution of CO2 concentration in the last two centuries:

In 1958 the CO2 concentration was 315 ppm and in 1990 354 ppm. This represents a 25% increase in this period. The annual average of fossil fuel combustion is six billion tons of carbon and two billion tons more for deforestation.

Gases from vehicle leaks in large cities are nitrogen oxide and ozone, which contribute to the greenhouse effect.

The best tools for data analysis and extrapolation are computer models. So far, the best models are the Germans and the Anglo-Saxons. These tools express the atmosphere and the oceans very well and their interactions are becoming better known. That is why several extrapolation tests are being carried out and the results obtained are indicated below.

If the burning of forests is not stopped, the next century industrial pollution will cause a greater warming of the Earth.

It is about knowing what would happen by doubling the concentration of CO2 in all trials, which will be the situation at the end of the following century. Under these conditions, most models estimate that Earth's temperature will grow between 1.5°C and 4.5°C and that Earth's temperature will grow between 0.7°C and 2°C over the next 40 years (2030). On the other hand, the most advanced models have managed to repeat the climatic situations of the last 18 thousand years. If local predictions maintain a level of reliability, climate trends range from 50% to 100% of the average heating expected in winter in high latitudes. In summer, however, the temperature increase in the poles will be lower than average. On land between latitudes 35º N and 55º N, precipitation will increase by about 10%.

However, the behavior of lands, ice and ecosystems is hardly described, both for lack of expression and for little knowledge of phenomena. When all the factors affecting the climate are combined, the greatest difficulties are the differences between the time constants. For example, plankton only needs a few hours to grow, a tree needs a few decades to mature and to melt part of the glacier or dissolve CO2 in ocean bottoms thousands of years are needed. The union of such different data in computer programs requires greater technical capacity than the current one. On the other hand, the ignorance of the data of the different territories makes all extrapolations doubtful for specialists.

The most serious consequence is undoubtedly the increase in water level. The heat will cause on the one hand the dilation of the water and on the other the fusion of several ice and glaciers. Many things have been said about it, but according to IPCC researchers created between the United Nations and the World Meteorological Organization, the water level will rise 18 cm by 2030. It is also expected that by the end of the next century the water level will increase by 65 cm. For these calculations it has been taken into account that greenhouse gas emissions will not exceed the current ones. 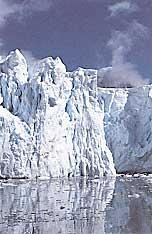 If the Earth is heated, the glaciers melt and the water level increases.

The only uncontrollable variable is that of forest fires. Depending on the amount of fire, the above data may vary slightly. With few fires, until 2030 the water level would rise 8 cm and by 2100 31 cm. If there are many fires, the two previous values become 29 cm and 110 cm. As we can see, margins are high, but we must not forget that one of the causes of this difference is ignorance of the characteristics that intervene in this phenomenon.

Nor should we forget the modification of vegetation in terms of its consequences. The influence of carbon dioxide on plants is known. Plants take carbonic gas and release oxygen by photosynthesis. Therefore, if the concentration of carbon dioxide increases, photosynthesis will also increase and the amount of oxygen released will increase. If true, plants can play an important role in controlling carbon dioxide. No definitive results have been obtained from current research, since the factors involved in photosynthesis are not just carbon gas and oxygen. Soil saline concentration, luminosity, ambient temperature and humidity are some of the aspects to consider.

In an atmosphere rich in carbon dioxide and in which plants are planted for long periods of time (for example for more than a month), they usually present different adaptations. Plants accustomed to high concentrations of carbon dioxide have a intensity of photosynthesis per unit of leaf surface less than those not used. However, this does not always happen, since in the case of the body, for example, when it adapts to a double concentration of carbon dioxide, the intensity of photosynthesis increases. 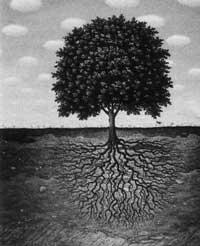 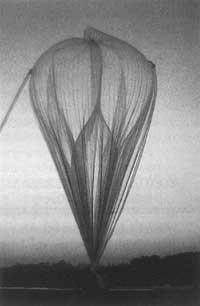