Nanotechnology: an approximation to history

Making the devices smaller and smaller is an ancestral challenge. Many of those who we carried today in the pockets could not enter a house long ago. The history of watches, for example, is very representative. XIV. In the twentieth century the first bell clock was opened. But if we look at the technology, the size of the hand watches about 400 years ago is surprising. The oldest known was celebrated in the German city of Nurenberg in 1504. But XIX. Until the twentieth century it was not possible to make serial watches. The smallest watches of today are barely seen and remain in the cavities of the chips. 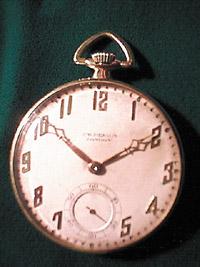 Technocrats XX. The century can be considered, undoubtedly, as the century of geniuses. The new materials and new concepts of physics have given a great performance in these hundred years. It is the century of giant buildings and artificial brains that can be stored in the pocket. At the same time, society has been a reflection of this. Among other things, fiction has largely evolved towards science. He has received and spread the fear of the atomic bomb and the fascination for space travel.

The first original idea of nanotechnology is Richard P. It was cited by physicist Feynman, Nobel Prize in Physics of 1965. Feynman worked in the field of quantum electrodynamics, but he also liked biochemistry very much. In 1959 he went to the California Institute of Technology to give the conference. The title of this conference was "Down there is a lot of room" (There is plenty of room at the botton). Feynman commented that large machines can be built, capable of making other smaller machines. These machines can be used to make smaller ones, etc. In this way, we will finally have tools for direct handling of atoms and molecules. This new idea quickly spread among physicists.

In 1966 a nice example was published through cinema. To perform a medical operation in a famous film, an entire submarine was shattered and put into the blood. In this year's newspapers, projects have been discussed to do something similar. Was it fair to make such small machines? Despite their nice idea, they were things of fiction.

However, the physicists of the time worked with subatomic particles. Despite having invented many theoretical ideas, this kind of manipulation was considered very difficult and they returned to particle experiments. However, the technological needs that emerged in the seventies, such as those related to DNA, demanded to address the development of the precursors of nanotechnology.

By means of research, quantum mechanics bore new fruit and in 1981 a machine capable of moving atoms individually was invented. The physical base was the tunnel effect, that is, the statistical capacity of the particles to cross barriers of potential. Development of a microscope capable of "seeing" atoms. It is not the only ability of this device, as it can be used to "catch" and move atoms. 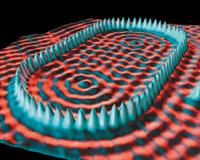