For more than one, this is the first time you know this animal, others are known by its name -- for being one of the groups of species in danger of extinction -- to which only some will know its details... and, in the meantime, the pyrenean desman will continue in a critical situation, with more and more difficulties to survive.
Yes, but not
01/10/2008 | Lakar Iraizoz, Oihane | Elhuyar Zientzia Komunikazioa 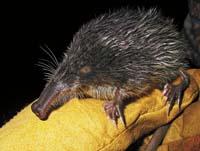 (Photo: J. González)
The snout is a small mammal, has the same length as a ballpoint pen (about 12 centimeters) and the weight of an egg (about 70 grams), approximately. It belongs to the family of the moles, cousin of the water of the moles. It has a long end or trumpet that is used especially to obtain food, since its eyes are very small.

In fact, the Pyrenean desman is a member of a declining lineage that currently lives only in the north of the Iberian Peninsula. It was founded about 10 million years ago and its last splendor dates back to about 2 million years. At that time there were many species of desman, some larger and others smaller. However, gradually they were decreasing and decreasing, and now we only have one representative of that family in our environment.

With time he specialized in living in the springs of the rivers. To the springs and, of course, to the conditions of natural state of the springs. It needs steep, shady areas, with numerous waterfalls and small ponds, conditions in which the larvae of insects, their food live.

It needs, therefore, to have larvae in the river to live. It is not only necessary to be, but the desman is not a very skilled predator, so to feed properly it is essential that the river has many and varied dams. And for a river to have a great diversity of invertebrates it is necessary that it has a good ecological state, that is, that it is outside the human intervention. 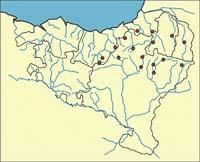 At present it is very difficult to find a river section without human intervention. Due to its steep slopes, the springs are especially interesting for the generation of hydroelectric energy. For this purpose we usually place plants (although it is a minicentral) and to put them leads a dam.

The dams greatly transform the river: a higher area of the dam ceases to be a river and becomes a reservoir in which, in a section under the dam, there is not enough water, unless the minimum amount of water (called ecological flow) is left for the survival of its inhabitants. Therefore, because in one there is too much water and in the other there is little water, in the end, the overflows that would actually live there do not find the necessary conditions to live and feed.

If they were able to avoid these altered stages, the problem would be less serious. But the snouts are not able to do it: they are very skilled in water, but they have enough to work on land. Therefore, the construction of a dam makes that the populations that have remained on one side and on the other of the dam are isolated.

If all this were not enough, the desman lives in very small densities: in one kilometer of river there are only 2-8 individuals. It is evident, therefore, that this animal does not have many reasons why they expect to stay. If an isolated population of the neighboring population disappears by any kind of problem, the area will be vacated forever, since the members of the neighboring population will not be able to occupy the space left by others.

Taking into account their current distribution, experts consider that in the first third of the twentieth century, the desman was in the upper part of all basins. As we develop society, however, we are increasingly leaving less space to live. In Bizkaia it disappeared in the 70's, in Alava in the 80's and, according to biologist Jorge González, "in Gipuzkoa today there is no guaranteed population of viability. Only in the north of Navarre this species has some single population in a relatively good state". González works for the Diputación Foral de Gipuzkoa and is an expert in field tasks and follow up on the desman.

In order to avoid further aggravating the serious situation of dementia, the Department for the Development of the Rural Environment of the Diputación Foral de Gipuzkoa approved in 2004 a dementia management plan.

It is a very ambitious plan. Among its objectives are the interruption of activities that can affect the damage, the establishment of limits for the exploitation of water and the recovery of connections between isolated populations. It says that this Department will establish "general technical criteria and conditions for the realization of works and actions in projects of fluvial channels, in order to reduce to the maximum its influence on the habitat, the biology and the life cycle of the pyrenean desman".

But sometimes it is very difficult to achieve that goal. Iñigo Mendiola, Head of the Animals and Wild Plants Service of the Diputación Foral de Gipuzkoa, explained to us that "the plants in operation want to get the most out, getting the maximum possible production. We want to preserve the flows and habitats. There is the struggle." 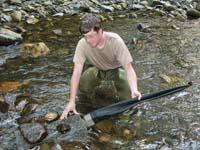 In this struggle, González added another component: the departments of the Council that supply water to the population, generate energy in the rivers, etc. For example, before the construction of the San Anton reservoir for the water supply to the neighbors of the Bidasoa, the Endara river was very interesting: there were murturluzea, salmon... The reservoir, however, drastically modified the natural regime of the river, disappearing the desman, salmon, etc. Since then no one has seen it on the Endara River.

It is clear that they are incompatible, that is to say, that in a given place you can not make a reservoir and, at the same time, conserve the debacle. When faced with these kinds of situations and one of them has to win, González always has the winner: "In short, those who bet on conservation have much less force, both in monetary and public terms, so they have nothing to do."

It is very difficult to combine both purposes, conservation and production, but it would also be a nice challenge. As González has pointed out, "it is not enough to say that we are many inhabitants and that we need a lot of water, and with this "excuse" not to pay attention to the environment. If we are a prosperous, pioneering and leading country, we should be able to face a challenge as complex as this and make sustainability a reality, which is so fashionable."

In order for the measures taken to solve the problem of the collapse to be effective, it is convenient for them to know the situation as well as possible. The degree of knowledge they currently have still presents many gaps, which are being covered, being one of the main objectives of the management plan.

To do this, the follow-up of the collapse is mainly done by radio signals. First they put special traps in the river to catch the lashes. Then they put emitters to the animals (usually put them under the skin, since they bother to wear tied in the legs or in the tail). Thus, they collect information about their way of life: how they behave, in which territory they move, how they are distributed by sexes in space, when and how they keep in contact, etc.

However, as has been said, it is not yet finished. Therefore, they now try to solve the problems as they arise, as well as possible, but they do not know if the measures they take are really adequate or insufficient. 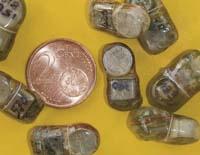 Meanwhile, they try to improve habitat status. However, as Mendiola said, the process of recovering the damage is very slow. If a population is affected until its extinction, it is very difficult to turn around the situation. Due above all to the dams carried out by the aforementioned hydroelectric power plants, which in its day constituted a continuous housing for the desman, it is now fragmented and its capacity of dispersion by land is very limited, so if we do not introduce them artificially it will be difficult to reach recovered places thanks to the measures adopted in the management plan.

And they have that intention, but for this, among other things, they have to grow in captivity, and that is still an idea. For the moment, managers are quite working on the creation of potential habitats for the desman.

In the event that the work does not take the necessary measures correctly or does not allow them to take them, González considers that in ten years it will also disappear from Gipuzkoa: "In view of what happened in Alava and Bizkaia, we know when the desman is about to disappear and in Gipuzkoa it is like this."

Why the Desman?
We could cite many species worthy of protection and, if possible, we would care for all. But that's impossible, there are no human or economic resources to protect them, so they have to choose which animals to care for and which not.
In this election we have a great tendency to choose mammals for a simple reason: because we are mammals and we are closer. In addition, we want the species to protect are special, that is, they are emblematic, essential, indicative species, etc. 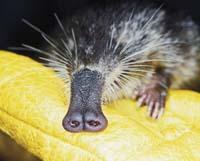 (Photo: J. González)
The Snout is not an emblematic species, but few know it for its small, nocturnal and fond of water, and for its reduced density in the places where it lives.
But as an indicator it has no partner. Since it is not a very effective predator, it is essential that it be a good source of food. Prosperous but not of any type, it eats aquatic larvae of insects, especially larvae very sensitive to the quality of the water.
The desman in a given place means that it has enough prey to live, which in turn has enough quality for the larvae of insects to grow. That is, the situation of this section is exceptional. Without other measures.
Lakar Iraizoz, Oihane
Services Services Services
246 246
2008 2008 2008 2008 2008
Services Services Services
031 031 031
Ecology and ecology
Article Article Article
Security security security security 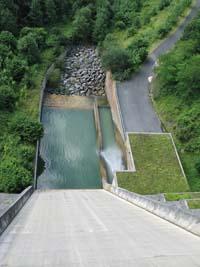