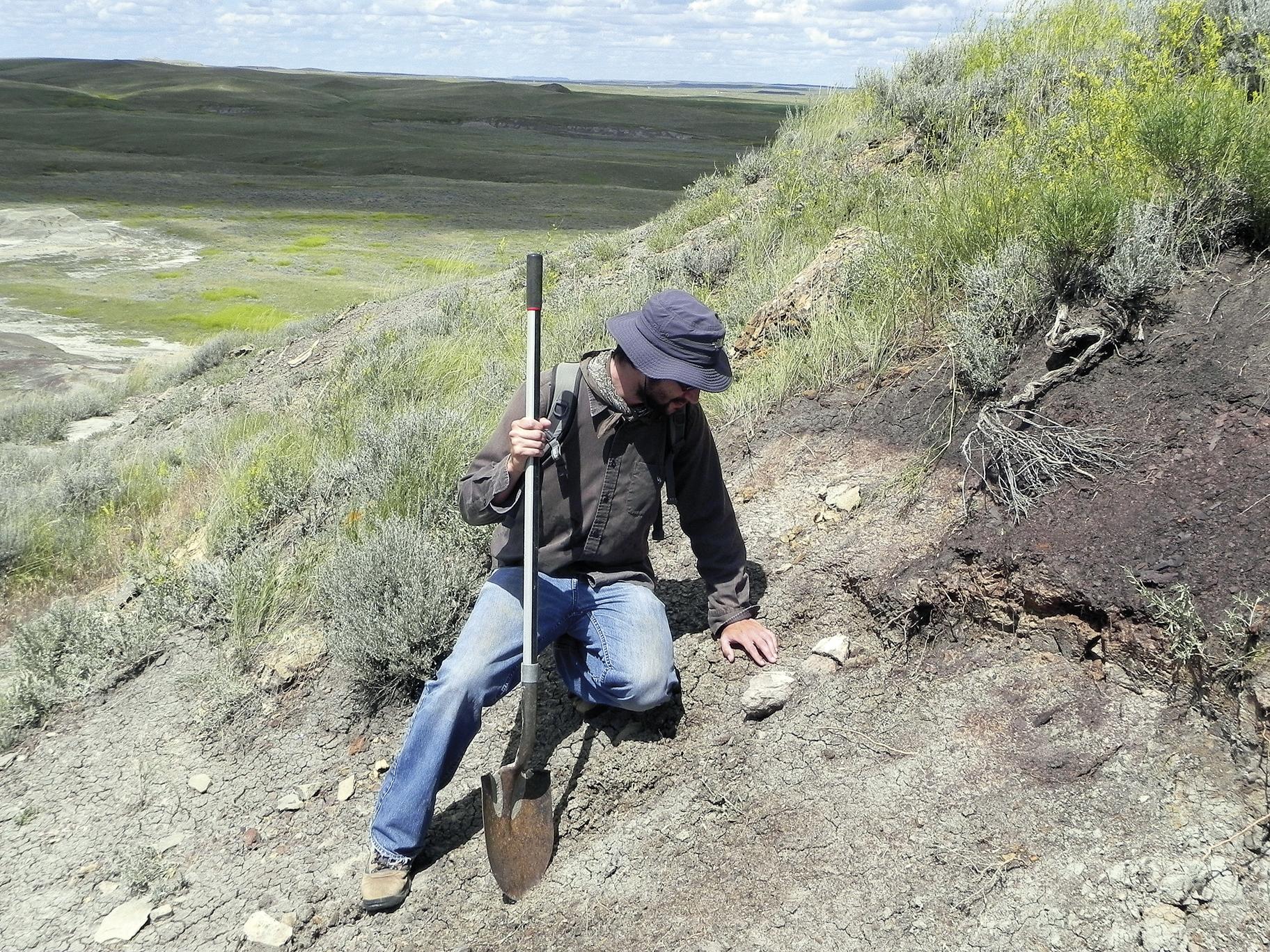 A researcher at Yale University next to the dinosaur footprint closest to the K-T border. Ed. Tim Webster

A group of paleontologists from Yale University finds the bone of a dinosaur in Montana, 13 centimeters from the sedimentary layer called the K-T border. It is the dinosaur footprint that is closest to the rich layer so far in iridium and reinforces the idea that dinosaurs disappeared by the impact of a meteorite.

In fact, no dinosaur remains were found to date less than 37 centimeters from the K-T limit. Most scientists believe that dinosaurs disappeared due to the meteorite effect, but others propose that they disappeared before the meteorite hit the Earth. They say that it could gradually disappear, among other things because the volcanic eruptions, very abundant at that time, and the inner seas were drying up.

The finding of a dinosaur's footprint just 13 centimeters from the K-T border discards, according to researchers, the idea that the dinosaur disappeared before the meteorite sounded. They admit, however, that dinosaurs may already be in decline when the meteorite hit. It is said that with more searches near the K-T limit the issue will be resolved definitively.