NASA provides significant data on the climate and hydrological evolution of Mars. 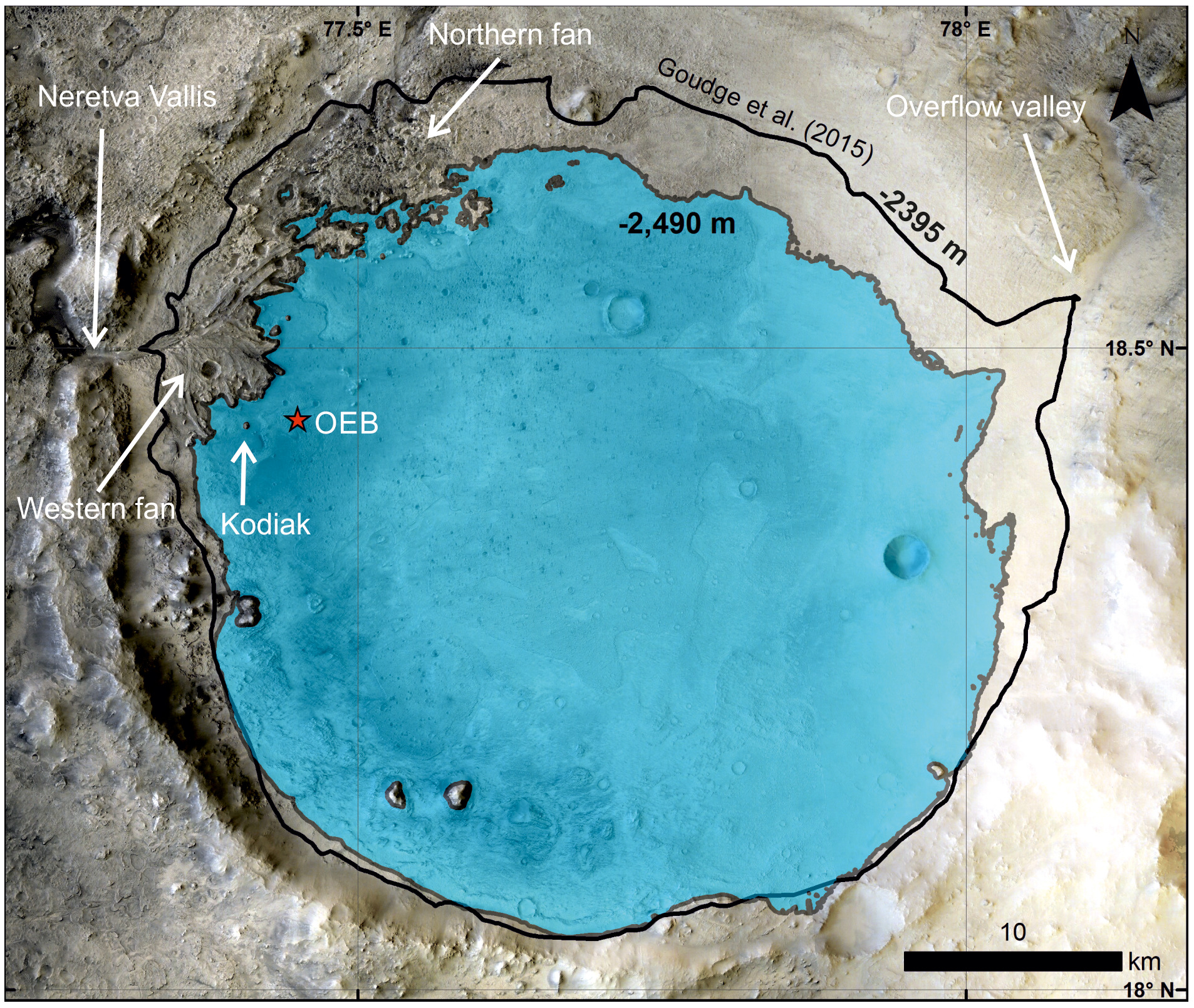 [Representation of crater Jezero as a water filled lake]. The red star marks the place where the Perceverance vehicle lands. Ed. ANDÉN

NASA's Perseverance vehicle landed on Mars at the 45-kilometer Crater Jezero, and it's already unveiled major episodes about the evolution of the red planet: the crater Jezero, calm lake fed by a river. And the sudden changes caused heavy flooding, according to NASA data.

In the delta of the river and the lagoon, large rocks have been found that have arrived violently from several kilometers downstream and appear to be the result of sudden flooding. The study of geological layers surrounding some rocks, one meter in diameter and several tons of weight, has revealed that they were external to the crater. Moreover, it was not brought by the wind, but by a strong flow of water. A flood flow of 9 m/s has been estimated.

According to NASA researchers, a subsequent climate change caused the lake to dry, which has remained dry for the next millions of years. The wind has eroded the landscape to create the crater that appears today.

NASA researchers have shown their satisfaction because, even though Mars is today cold and dry, 3.7 billion years ago it was a temperate and humid planet, where water remained stable on the surface. In addition, layers created by clays and small lutite particles have been identified inside the crater, which can preserve within them traces of the life of the old, if ever there has been life on Mars. The Perseverance vehicle will analyze these layers in the coming months.