Love waves and tardigrades for aliens 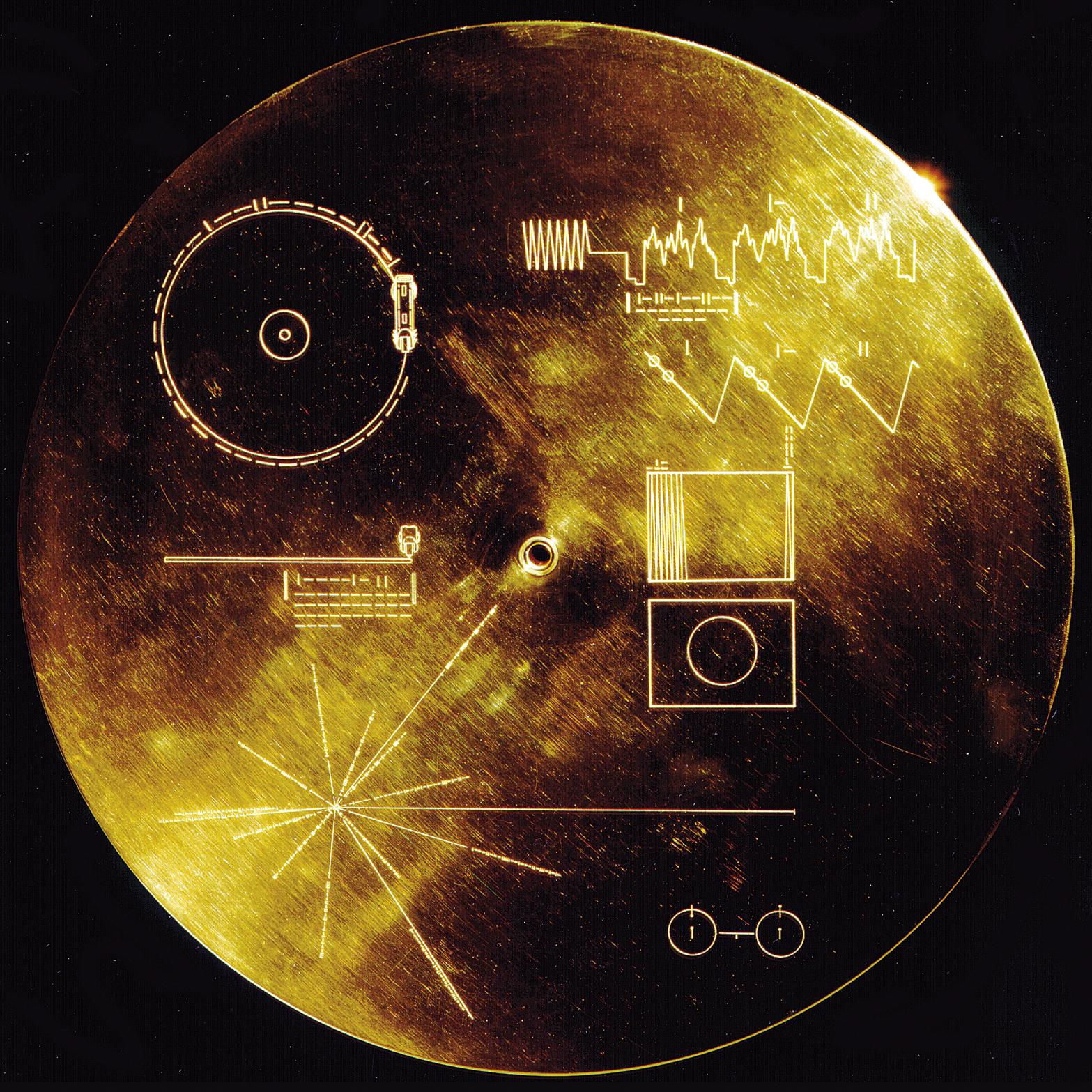 One of the gold discs sent on the Voyager 1 and 2 probes. They intended to inform the aliens. Ed. ANDÉN/JPL

2021 has been the year of Mars. Space agencies are making an unprecedented effort to better understand the red planet and, of course, to find remains of living beings through cutting-edge technology. No clues have been found yet, but many other information is being collected.

Meanwhile, two old probes launched in 1977, also with the most advanced technology of the time, are close to the boundary of interstellar space, with an even more ambitious goal: in addition to the hope of finding aliens, if they are available, they have a message to them. These are Voyager probes, with two gold copper discs with relevant information about Earth and Earthlings.

It was not easy to design records. To do this, they created a scientific committee that led Carl Sagan. Frank Drake, a member of the group, proposed recording information on a disk, much more durable than magnetic tapes. It was harder to decide the content.

Finally, in order to show the biological and cultural diversity of living beings on Earth, 118 photographs and a 90-minute audio were incorporated with natural and artificial sounds, music from different eras and cultures, greeted in 55 languages and a sample of whale language. They also included a sample of a human electroencephalogram, specifically the brain waves of a woman in love.

It was Ann Druya's idea of recording equipment. He found it exciting that some aliens could ever read human thought. The group accepted the idea and chose it to perform the encephalogram.

The problem is, while they were in it, Druya and Sagan fell in love and decided to marry. Thus, the encephalogram collected loving reflections with Sagan de Druya. He recognized that he was very excited thinking that they were going to last for thousands and thousands of years, and that maybe someone would discover what love as a human being is.

They expected someone to be alien. But it may happen that in space you encounter a living being, and that the living, in origin, is earthly. In fact, quite a few living beings have been sent to space voluntarily and involuntarily. Deliberately: flies, mice and dogs to open the way to humans; and microorganisms and plants for research in the international space station. Involuntarily: microorganisms of all kinds, in badly sterilized containers and devices, to the moon, to the width of space, and perhaps to Mars.

Now there's a project to send tardigrades to interstellar space, as far away as the Voyager probes. Tardigrades are oviparous invertebrates, especially known for their ability to stay in extreme conditions. Project drivers seek to know if Spaces is able to withstand long journeys. It's a pity that if you meet with gold records, you don't have the ability to listen.

Another option is that aliens find tardigrades. It can be the starting point for a science fiction series.