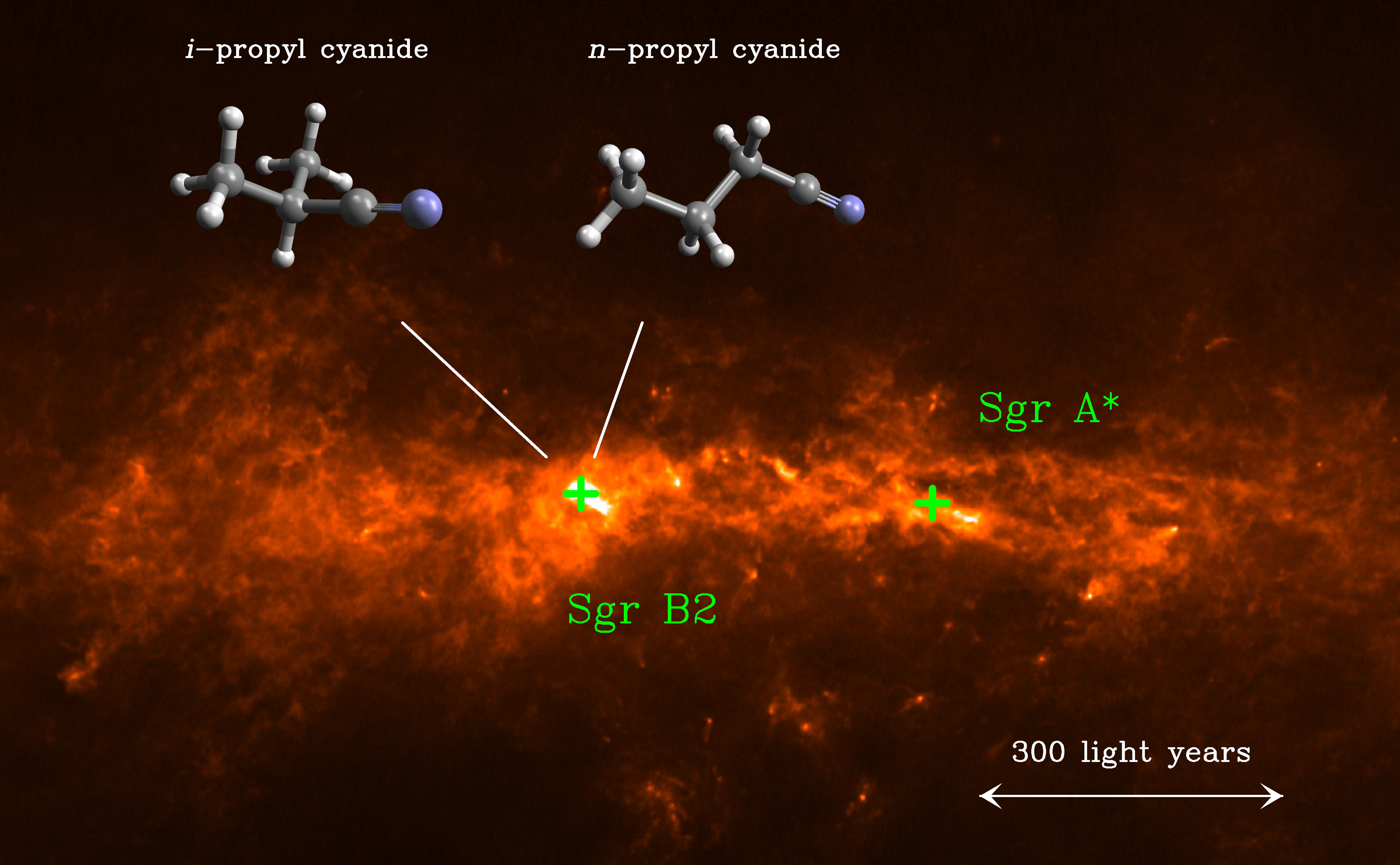 In the Sagitarius B2 area, astrophysicists (left image molecule) have detected isobutironitrile, ramified organic molecule. But other molecules have also been detected in the same focus, such as n-butanoni

For the first time astrophysicists have detected a ramified organic molecule in interstellar space, isobutironitrile. The discovery is the result of the collaboration between three groups: Radio astronomy team of the Max Planck Institute, the University of Cologne and the Cornell University. The result has been published in the journal Science.

Astrophysicists have searched for molecules in space for five decades, they have already discovered about 180 molecules and isobutironitrile is the first that has no linear structure.

"It's a small step," said Xabier Lopez in an interview by the theoretical chemist of the UPV in the Norteko Ferrokarrilla program. "No one thought that in interstellar space there would be molecules, because it is a very violent environment to be molecules, because it is full of ultraviolet rays and radiation. They believed that the formation of a molecule was to be quickly destroyed. And a few years ago they began to see the opposite. But then we thought that the presence of complex organic molecules in space would be quite difficult. And now it has been seen that a small complexity is possible: branched molecules, for example."

Isobutironitrile is a small molecule, of 12 atoms, but its ramified structure is important for the researchers, since the amino acids are also ramified organic molecules; in short, the detection of amino acids in the interstellar space would be a great milestone in the research of the origin of life. 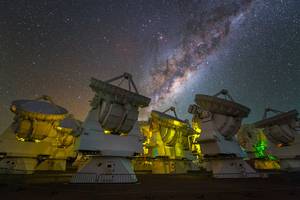 However, not all scientists share this argument. "It is admitted that much of the organic matter present on Earth proceeds from space through meteorites. Amino acids have also been found in them," explains López. But the key to the origin of life is not the origin of the basic bricks, but the way in which they join in a self-replicative system, and I think this happened on Earth.

In addition to seeking the origin of life, there are many other reasons for space chemistry to be important. "Space is not a powerful chemical reactor like the Earth," explains López. "But in interstellar space there are unstable molecules on Earth and frequent in space. I think it's worth investigating them." 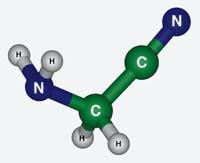