Transgenic plants in the European Market?

Clinton claimed that genetic transformation of plants is a tool to overcome the famines of the world. From new therapies, essential for the pharmaceutical sector, raw material for a greener industry… Transgenic plants are so useful that transgenic crops have also been mentioned in the case of mad cows as substitutes for animal flours. It is clear that Europe does not see them with good eyes. In the United States, the first transgenic plants, tomatoes, arrived in supermarkets in 1994. In Europe, however, the first five marketing permits (2000) have arrived, but with many conditions and mostly for animal consumption. What is behind this policy?

More than twenty years ago the first sessions were published 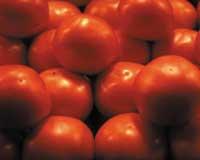 In the late 1970s, the first episodes of transgenesis took place. Elements of eukaryotic organisms were introduced into bacteria ( Escherichia coli), that is, to unite two species far from nature. This provoked a great debate among scientists. Many believe that man crossed the border that he should never cross: that which nature itself establishes. Many scientists requested the suspension of all research until they learned the consequences of genetically modified organisms.

However, research progressed and in the short term the first transgenic plants of interest were obtained. Some of them were adults by the 1990s to supermarkets in various countries. In addition, the genetic structure of plants is simpler than that of mammals, which has facilitated experiments. However, another factor that has contributed greatly to the development of research is that experiments with plants have not had as many ethical obstacles as those made with mammals.

However, in recent years the transgenesis of plants has aroused increasing interest in the media. Why? Undoubtedly, because the first GM foods have begun to reach our European market. It is up to the European institutions to make decisions.

Some believe that man plays with transgenesis to “be God.” Transgenesis transforms the original genetic structure of a being by introducing the genes of other types of beings. Others consider, however, a great challenge for biotechnology: it can be a human and animal power supply, a source of raw materials for the pharmaceutical and ecological industry, etc. 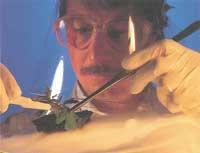 Transgenic plants are called plants whose genome is artificially altered. These plants are useful for human and animal feed, pharmaceutical sector and other industries.

The ethical debate has not had great repercussion in the case of plant transgenesis, not even in the transgenesis of mammals. But no wonder. The aim of plant transgenesis is the same as that of traditional agriculture: a certain genetic improvement of plants. We have spent more than 8,000 years choosing the most fertile lands, the most suitable fertilizers, the tools to overcome pests… to get better crops. In a broad sense, these techniques of genetic improvement are biotechnological, as well as wine-making or bread-making procedures with different fruits.

The laboratories have reinforced and clarified the theoretical foundations of traditional biotechnology and have also developed technology for its management. But the goal of biotechnology has not changed. The only ethical drawback that has been attributed to these techniques is their greater potential for influence on the environment than traditional agriculture.

On the other hand, it is understandable that most countries intend to develop this “modern agriculture” instead of avoiding it. In this sense, the only limitation imposed on these techniques has been the absence of “extraordinary” risks for the environment. This political objective or Biosafety has been called and since 1999 an international treaty on it is in force: Kartagena Biosecurity Protocol.

Worldwide, the first transgenic plants were marketed in 1994: Flavr Savr® tomatoes. As a result of a genetic transformation, the skin of these tomatoes did not soften as quickly as usual. It was an advantage for transporting tomatoes. They were sold in the form of Keptchup in American supermarkets, not tomato grains, and so it was indicated on the product labels. They have tried, but officially they have not been able to sell in Europe. However, most genetic transformations are not intended for plants that directly consume humans, but for plants that are raw materials for the production of by-products, especially for crops. 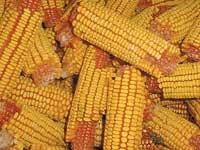 How to beat corn coconut without damaging grain (and other nearby plants and animals)? Obtaining suitable chemicals is difficult, even more so if the product should be cheap and environmentally friendly.

Corn, soy and rapeseed are the most produced plants worldwide, as the main raw material of both animal and human consumption products. The modification of the genome of these plants has allowed to provide a special genetic resistance to withstand herbicides or insecticides. Resistance to insects, especially corn coconut, has also been sought. In this way the greatest obstacles presented by a good harvest are overcome.

Some of these crops have recently started to be produced in Europe, but on a very small scale. This does not mean that there are no products from GM crops in our markets. Legislation in some countries does not require declaring the use of transgenic crops for raw materials in products derived from industrial processes. It cannot be known, therefore, whether any transgenic plant has been used as raw material for manufactured products from these countries. Thus, the measures taken by the European authorities do not seem sufficient.

To prevent the United States from deviating from biotechnology research, the European Union launched an official policy on genetically modified organisms (GMOs) in 1987. The first step by European institutions for citizens to observe modern biotechnology with good eyes was to promote a series of research programs that set the environmental impact of biotechnology. In 1994, a report signed by 400 researchers was published indicating that “no harmful phenomenon has been found for ecosystem vertebrators due to modern biotechnology.”

The first biotechnological research was immediately authorized in Europe, which did not mean that the results of these research could be commercialized in the future. Although each State would manage the investigative permits of its territory, the European institutions obliged to grant the authorization to carry out any research project only after having secured the appropriate security measures. 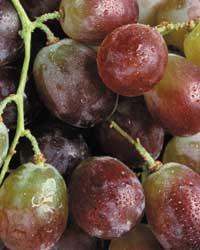 The Spanish state has authorized the investigation of twenty transgenic plants, including the vine.

In the Spanish State since 1994 the rules on investigation in GMO are in force and the imposition of pecuniary sanctions and prison sentences for those who do not comply with security measures is planned. It has authorized the investigation of twenty transgenic plants. Some crops like cotton, some types of trees, potato, strawberries, melon, orange and grapes. Some of them have been made to develop resistance to viruses, others to insect resistance, and there are also some genetic changes to accelerate growth or adapt maturation.

Authorizations for trade in plant GMOs in the EU

The research phase was successful in 1995 and it was time to decide to the European Union whether or not it was possible to market GMOs. Normally to market a product, the product is first patented to protect the invention. However, patents for biotechnological discoveries are not yet fully regulated in European states.

To solve this situation, the European Union has organized a temporary procedure involving both European institutions and Member States. Following this procedure, the first step that must be taken after the creation of a new transgenic plant is to ask the European Commission if it considers its commercialization appropriate. In this task the commission is advised by a group of experts. And those authorized by the European Commission until the end of 2000: the marketing of tobacco, soybeans, rapeseed, chicory and some types of transgenic corn. New colored carnations such as blues are also allowed.

Once the authorization of the Commission is obtained, it is necessary to go to each State to produce and/or market the product. Each State manages a Census of Varieties or Registry in which the transgenic plant will be registered. In the Spanish state only two plants have been registered: The types of corn Jordi and Compa and three others are in process. 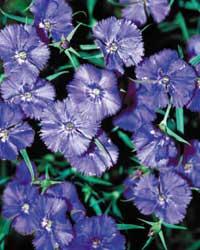 Permits have been granted for the marketing of new colored carnations in the EU, such as blues.

Although some GM products have evolved into our supermarkets, we believe that Europe will harden its position against GMOs. This can already be seen in statements made in 2000 by various institutions of the European Union. It is the responsibility of citizens to ask our institutions to be consistent with these statements.

To highlight some of these statements, the European Parliament and the Council of Ministers have expressly acknowledged that it is not yet known exactly whether transgenesis can cause harm to man and the environment. It is noteworthy, in our opinion, that since 1994 no news has been received.

In addition, it has been recognized that transgenic plants will be a new pressure for our damaged environment. The new environmental programme has denounced the European socio-economic model of development and, according to the Commission, it will soon be necessary to choose between different economic activities, since the environment cannot bear all those that are useful. This, in our opinion, will put in doubt many of the inventions of the new biotechnology, since the utilities that offer us are not of utmost importance. The social utility of a blue carnation cannot be compared to that of an effective AIDS drug. 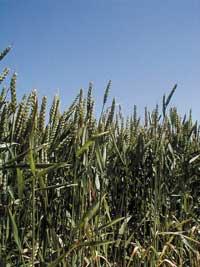