Evidence of the socio-ecological crisis

The United Nations IPBES scientific platform has stated in its latest report that one million species are about to disappear on the planet, one in eight. The loss of habitats is at the base of the loss of biodiversity, since 75% of the earth's surface has been altered by man to blow, by deforestation, by intensive agriculture, by land urbanization, by climate crisis… We have destroyed 80% of the world's marshes and 32% of the forest surface. The conclusion is that 20% of the species have disappeared since 1900 and another 13% may disappear in the coming years. Meanwhile, the world population has doubled, the global gross domestic product has multiplied by four, and international trade, which encourages the transfer of products to any country in the world, has multiplied by ten.

The report says that we must put aside the dogma of economic growth, which we must aim at a sustainable economic system. But what are the socio-economic reasons underlying this socio-ecological crisis? What policies should be put in place? And, perhaps the most important thing, how is it done? Do we have to sacrifice well-being?

These are the questions we have asked economist Unai Pascual García de Azilu and environmental scientist Noelia Zafra Calvo. Both researchers at the Basque Centre for Climate Change. 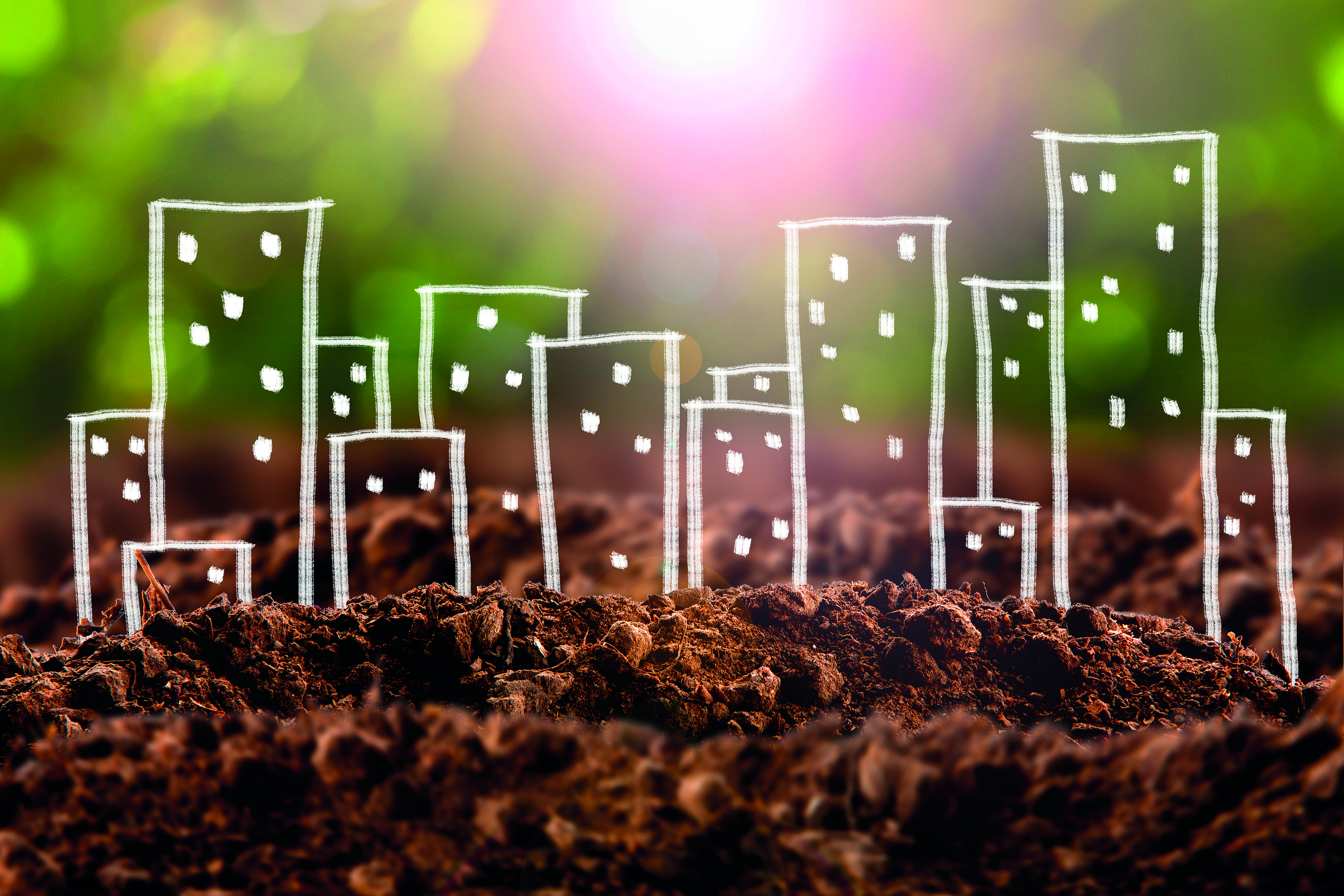 “The governance model is responsible for the crisis”

The IPBES report already talks about the socio-ecological crisis. What do you think are the reasons that support this crisis?If we look at the history of the human being, the rate of loss of biodiversity is being the highest of the last five decades, but the loss of biodiversity that IPBES has shown should not be seen as a mere environmental problem. Society and the economy are the center of the problem. The scientific evidence indicates that the main direct agents behind this loss are, respectively, the use of land and sea, the direct exploitation of natural resources, climate change, pollution and invasive species.

Under these five great direct actors underlies human intervention, so several transverse agents can be identified that are at their base. The IPBES report mentions changes in the behaviors and values of individuals, consumption and production patterns, international trade, dynamics and demographic trends, technological innovation and the governance model. The combinations of these factors give rise to the five main direct agents mentioned, which are behind the pessimistic trend of biodiversity in different parts of the Earth. It is clear, therefore, that we are facing a socio-ecological crisis, not only ecological: the society itself and the governance system it creates and maintains are responsible for the crisis.

From the point of view of the metabolism of society, the fact that in the last 50 years the human population has doubled, the growth on four occasions of the gross domestic product and the increase in ten times of the value of international trade have greatly increased the demand for natural resources, raw materials and energy. This has meant a direct increase in pressure on land and sea and, logically, an increase in waste generation. Climate change is an example of CO2 pollution and we cannot forget the flood of plastic waste. On both sides of the coin are the direct and indirect factors of social pressure on nature.

What policies should be put in place?We can somehow link all socio-economic factors to politics. So, in order to answer this important question, we should first take into account that the word politics has very diverse meanings or applications among us. We all make politics in the day to day when we make any decision: we strengthen human and natural values, promoting a specific educational system, consuming food from a certain model of agriculture, choosing one or another model of daily mobility, deciding on vacation, where and how much we travel… And there is another type of policy that political representatives do, where they establish the rules and laws of that political game. These rules have a direct impact on the economy or on social relations. In the human sciences they are called institutions. Institutions and laws must be placed at the centre of the socio-ecological crisis. These are the causes of the crisis.

But beyond environmental regulations, others also have a direct or indirect relationship with nature. Any normative framework conditions the type of relationship between society and nature as it regulates the models of health, education, consumption and production. Therefore, the whole system of governance is what we should review. The environment is a cross-cutting theme of many sectors that is closely related to society. Thus, the environment should be a cross-cutting issue in all governments, both in municipalities and on higher scales. As long as we do not, we will not give the true dimension to the problem.

First, it would be necessary to eliminate the economic incentives that increase the production and consumption of materials and energy. According to data from the International Energy Agencies, the prizes of more than 400 billion dollars in fossil fuels are perverse. The same applies to monetary premiums that favor intensive and unsustainable agriculture. For example, those that allow a massive consumption of water or agriculture by artificial fertilizers and other phytosanitary inputs that depend on fossil fuels. We cannot protect nature and, meanwhile, feed from the back door to institutions that promote these economic awards. It is like refueling the fire of the socio-ecological crisis.

Will we have to sacrifice well-being? You have to change the model. Some use the word socio-ecological transition, others the word transformation. In any case, it is this century that we have to launch the socio-ecological revolution. If not, biodiversity and the climate system are two of the main factors that sustain humanity. Both have a close relationship, one cannot be understood without taking into account the other. The warming effect has a negative impact on biodiversity, while we need healthy ecosystems for the capture of CO2 emissions (soil, plant biomass and oceans) and for effective adaptation to the effects of climate change. We have to reinvent the socio-economic basis of life. Instead of growing materially and energetically, we must launch a model that reduces social metabolism. We must integrate well-being into the collective imagination beyond material and energy consumption. We have to make this concept attractive. When we get it, it becomes clear that sacrifice is what we are doing now. The situation needs to be changed. There is no other way.

“We have to get people reconnected with nature”

PhD in Global Change and Sustainable Development. Researcher BC3

The IPBES report already talks about the socio-ecological crisis. What are, in your opinion, the reasons that support this crisis?Fundamentally, our model of full life, focused on consumption in almost all the cultures of the planet. It is not based on respect for the Earth. A few millennia ago the human being lost respect for nature and the Earth, as if we had respect for a friend, because the relationship with nature went from understanding to wanting to control it, to provoking imbalances.

We buy clothes that we will wear once or a plastic wrapped pepper in a polyethylene container; we use hand soap packaged instead of soap pill to wash our hands, or dry our hands with paper, we travel by plane instead of making short train trips; we throw or not recycle leftover food, especially when meat is red, whose production is very expensive for Earth.

Furthermore, no one wants to change their status quo, especially those who do not want social changes that do not bring benefits to them, although these social changes represent advantages for a majority or for the survival of the Earth.

What policies would you put in place?From an ecological point of view, Earth is a balanced system. When man causes an imbalance in the system, the Earth adjusts itself. For example, Earth heats up with climate change and there are adjustments in the atmospheric and oceanic system that cause typhoons and floods. Our main argument for the conservation of nature focuses on the amount of things that we are going to lose with all these adjustments, since the Earth does not always fit as best suits us, or worse, we do not know what adjustments are going to happen and what problems we must face with the passage of the years.

I would not focus on the mitigation policies of the damage caused by these adjustments, but would address the policies of change in the integration of people into the Earth system, from the individual point of view. I think we have to get people to reconnect with nature. We can achieve this with something meaningful and exciting for people, such as seeing the tree planted by grandparents or swimming in the sea to feel the waves… It is also important to build a shared vision of the future with a few keys of respect for the Earth and other living beings that live together.

Do we have to sacrifice well-being?Everyone must ask that question. What we call well-being and to what extent we are willing to adapt. The theory says that everyone can adapt, more or less simply, to topics that do not consider basic for their well-being. But it is very relative what everyone considers basic. There are those who consider it fundamental to move by car, and for others it will be fundamental to continue buying in the supermarket, although the seas fill with tons of plastic. A critical point is who can decide on this change and how a process is going to take place that affects different people's groups.