Being director of the Biophysics Unit leaves him little room, and yet he has found a moment to answer questions from Elhuyar magazine. It has been generous as it has given two answers to each question. Among other things, he called on scientists to act generously, both to share their work and to be responsible with society. 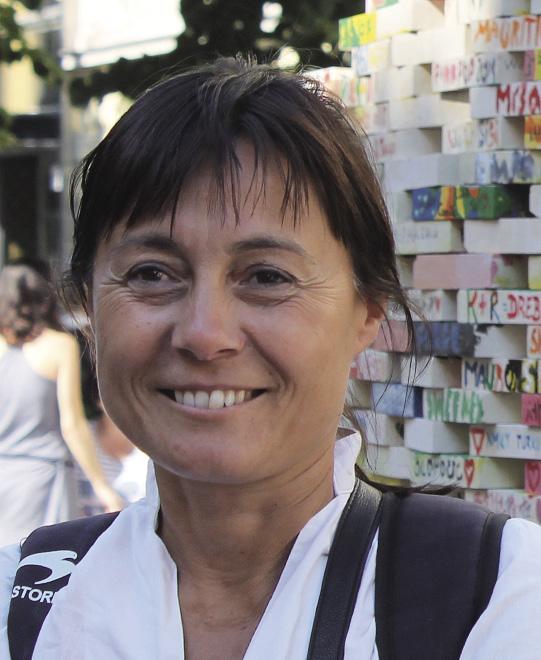 When I studied the race I thought that all the information in the textbooks was immovable. But then, when I started researching, I realized that's not the case. I realized that science changes, it is mobile. That surprised me at that time. Now, on the other hand, I feel that we scientists participate in this movement and that satisfies me very much.

In addition, there is another thing that has influenced me a lot and that is related to the stay in Berkeley. In fact, I did the postdoctorate there, at the Calvin Institute, where Calvin explained the cycle that bears his name. And I met a professor who did the thesis with him, who was already very old. He told me what few resources the experiments did. And now, when I see labs full of tools, and all the new methodologies we have, I'm surprised at what they did, almost with nothing. Think about what kind of researchers they should be, to have so few resources and get things like that.

I investigate how bacteria develop their resistance to antibiotics. When we started using antibiotics, the medicine changed completely and today we cannot live without antibiotics. But we are in danger because bacteria are increasingly resistant. So I would like to know how to control it. That I would like for my part.

From a broader perspective of science, I would like scientists to understand that what we do is for everyone, for society. It is true that in the scientific world there is more and more responsibility, but I think we all have to take a step. Also, I would like to expand our borders and share our work with others, be more altruistic. And I think that in order to make real advances in science it is necessary to share and try among all to solve the problems that exist in society. I would like to create networks between us instead of creating lines.

Related information
Itziar Alkorta Calvo (Valladolid, 1964) graduated in Chemistry from the UPV, where he also doctorated in Biochemistry. The postdoctoral candidate did so in Berkeley. He is currently director of the Biophysics Unit (Centro Mixto CSIC-UPV).