As it has done in the last four years, the Elhuyar Foundation has analysed the impact of science and technology on the daily press. The results in general have not been satisfactory and in the case of dissemination in Basque the loss has been more accused.
Less interest in science
01/07/2007 | Kortabarria Olabarria, Beñardo | Elhuyar Zientzia Komunikazioa 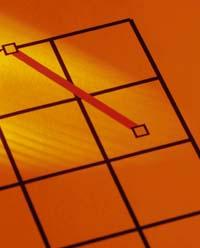 Among the scientific and technological issues, climate change has placed special emphasis on newspapers. Between December 2006 and April 2007, 34 newspapers published in the Autonomous Community of the Basque Country have been published on the front page. In these apparitions, climate change has been directly mentioned 10 times, while indirectly half a dozen times yes. This is one of the results of the study carried out by the Elhuyar Foundation between December and April.

Other topics have been the attention of the newspapers, the incidences related to the experimental fisheries, the calls of help of the girl of Arrasate who expected a bone marrow transplant or, among others, the cases of Amillia, a premature child.

In the new design of Gara and Berria, science has been losing.
R. R. Carton Carton

Although the apparitions on the front page have been 34, it must be taken into account that eight newspapers have been consulted for the study (Berria, Diario Vasco, Gara, Deia, El País, El Correo, Diario de Noticias de Alava and Noticias de Gipuzkoa). Therefore, there are four appearances of the newspaper. That is, the reality is that the scientific topics have been once a month the cover of the newspapers.

On this occasion, the Elhuyar Foundation has carried out the study for the fourth time in the last four years and the incidents are not very significant. Regarding the general data, this year the number of articles has been 2,337, representing 1.75% of the total published articles in the press. In 2004 this data was 1%, in 2005 -- the highest to date -- of 2.44%, compared to 1.96% of the previous year.

It cannot be said that these data represent a clear downward trend. In fact, it is not so much the time that the study is carried out, so it can be considered the incidence as conjunctural. When it comes to reading the data, this year is also an objective reason for the decline. The newspapers Berria and Gara have made a change of image and concept since last year, and one of the conclusions has been that they offer less space to science and technology. The news is almost 35% less, in the case of Gara the loss is almost 38%. In the rest of the newspapers analyzed, however, the trend has been different, ascending, but the climbs have not been as marked as the downs. In absolute figures, El País and El Correo are the first in this order. Those who care less about science are Gara and Diario de Noticias de Alava.

The change of newspapers Berria and Gara has not only affected the data on the number, but with the change the Basque language has also lost a lot. In fact, data from previous years clearly show that these two newspapers are the ones that contribute the most to the Basque language. The presence of articles in Basque is 35.08% lower than the previous year. In El Correo and Diario de Noticias de Alava they have not published anything in Basque, in El País, on the contrary, even if it were, something yes. 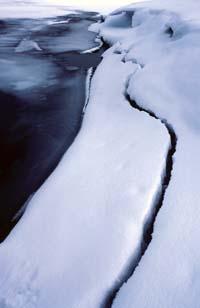 Climate change has appeared in most newspapers.
From file

In addition to the cold data, Elhuyar has carried out a qualitative analysis of the articles, taking into account various indicators. Regarding these indicators, we have made a small change with respect to the studies of previous years. We have reviewed 10 indicators among which the correction of the content is found, that is, whether what is written is correct or not. If the content has been correct, the article has obtained 5 points, while in previous years it collected the value of other indicators. In addition to the correction in the contents, additional information, contrasting, intelligibility, graphic information, linguistic richness, etc. The average result is as follows: 7,55. It does not seem a negative result.

That there is still no figure of scientific writer, that environmental issues remain kings, while computer science, physics, chemistry and mathematics do not become slaves either. These are also the conclusions of the study. You can consult the data at www.zientzia.net.