If he had not committed suicide and reached age 70, Alan Turing would have known personal computers. But it did not come. He died in 1954. However, it left a solid foundation to build computers for the next generations. Turing's merit has been quiet for years, but it has gradually come to light and this year is celebrated with much noise on the centenary of his birth. 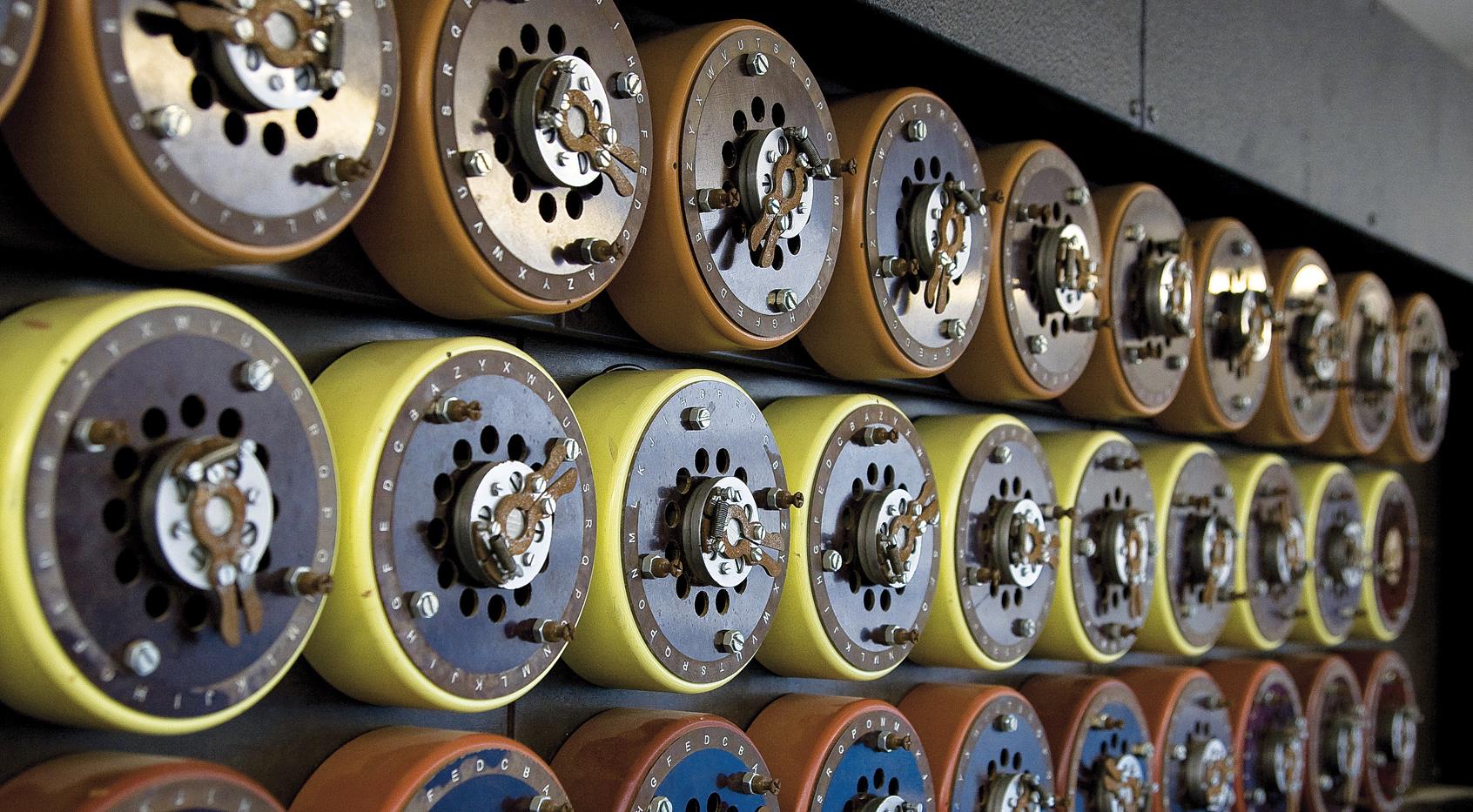 Bombe decoder. Turing and his co-workers developed it to decode messages encoded with the Enigma machine during World War II. Ed. Chris Rimmer

Why not? A machine could work by reading data from a long tape, calculating from that data and recording the calculation result on the same tape. But for this to be possible, the machine must use an algorithm, a programmable algorithm. Put simply, this was the argument that Alan Turing published in the article "On computable numbers" of 1936. The device he proposed, known as the Turing machine, has been one of his great contributions, one of the pillars of computer theory.

Turing machine was not necessarily a physical device, although the same apparatus is feasible. The main value lies in the concept; the interpretation that is often made is the CPU description of current computers. "For me it's much more than that," says Ibáñez, "because the Turing machine has inside the basic concept of the algorithm."

The algorithm is not just a step procedure needed to do something. The aim of the concept prior to turing is greater. "Leibniz had a very beautiful metaphor," explains Ibáñez. "When your scientific philosophical project triumphed, we would not think about it, but we would calculate it. To resolve a difference between two knowledge, let's figure out what the answer is." The algorithm would be a procedure to convey any wisdom, a specific language to convey ideas without ambiguity. 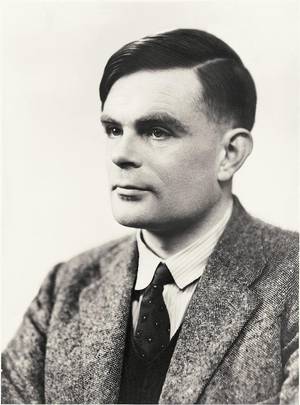 The mathematicians of the Turing era were looking for a way to translate any knowledge into the language of logic, which allowed to create algorithms and process them with a machine. "They were not looking for computers, but electronic brains; they did not want to mechanize our physical tasks, but our mental tasks," says Ibáñez.

Turing himself sought it. He worked a lot in this field, defined his machine with great success because it serves to analyze the idea of computability in a very simple way. "When any type of computing is currently invented, the first thing that is done is to claim that it is equivalent to the Turing machine. Why? Because more than that has never been achieved." And it is that Turing studied mathematically whether all wisdom was computable or not. And he realized that no. You cannot encode all knowledge with an algorithm. And it was the end of the old idea of the algorithm and the basic idea of computer theory. It was 1936.

Throughout the 1930s there was a strong political tension between Germany and the rest of Europe. In 1939 political tension became war. Until then England, France and Poland worked together to decode the messages of the German army. But Hitler entered Poland and soon occupied half of France. There were only English decos. They had to reinforce their decoding capacity, for which Turing and other mathematicians were taken to Bletchley Park, the secret headquarters of the decoders.

The Germans were encoding messages with the Enigma machine since 1930 --a Turing machine. The device encoded the message using electromechanical wheels. Once a letter was encoded, the wheels rotated and created the code of the next letter according to another code. Therefore it could not be decoded based on the frequencies of the letters. Before World War II, the Poles worked to decode the German messages. They developed a machine called Bombe. But they entered the war and the Germans complicated the coding system by adding more wheels to Enigma. 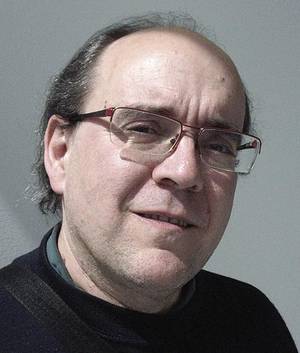 Jesús Ibáñez is a professor at the Computer Science Faculty of the UPV in Donostia. It is located in the Languages and Computer Systems section, where he teaches Theoretical Computing, among others, the work of Turing. Ed. Guillermo Roa/Elhuyar Foundation

"Cryptography is always a war against time," says Ibáñez. Turing and his companions had to do it quickly. They knew that Enigma never coded a letter with herself. An original R never created an R in the encoded message. And once the Germans sent a test with the repeated letter T. Decos realized this because T did not appear in the message. In addition, concrete phrases like Heil Hitler appeared in the messages. They worked with such clues and developed a machine to decode German messages, which they also called Bombe. Partly because of that, the Germans lost the war. You also want to celebrate at Turing.

And not just for winning. Turing's work has been very quiet for years. On the one hand, because for many years the work done during the war was a secret. And also, because of Turing's homosexuality, because the English themselves did not extend their merit. It took years to turn around and the centenary celebration wants to contribute to it.

After the war, computer research focused on other military objectives. But Alan Turing's theoretical interest was not reduced. Can a machine think? To this question he answered affirmatively in the article "Computing Machinery and Intellingence", in 1950. And if a machine has the capacity to think, he said, how would we differentiate it from a person? Turing's proposal consisted of a test, the famous Turing test. It is a conversation between machine and person that is analyzed by a second person. If the latter does not distinguish between the machine and the person, that machine has passed the Turing test.

In 2012 there are still no such machines, but there are experts who believe that in the coming decades one will be achieved. Others are not sure. There are already programs that win chess to any human being, but it does not exist to play poker.

"Artificial intelligence sometimes achieves great success in different fields. If this area is very limited, it will not succeed in other areas." Ibáñez considers that the way to overcome the Turing test cannot be the specialization of the machine. And in order not to lose the value of the test itself, the test judge himself should not know that he is doing the test. Throughout the talk "we would have to realize if the other is a machine or not, without looking for it by itself".

Every year there is a contest to try to pass the Turing test. In the 2011 competition, the winner was Rozette, the robotic interlocutor of programmer Bruce Wilcox, who had the most chances to pass the test. One of the judges wrote in NewScientist magazine that the result remains "disappointing," and that it is easily discernible that programs are not human.

Blade Runner (Philip K. Do androids dream with electric sheeps by Dick? based on the book) presents androids about to overcome a similar test. It is science fiction. In fact, today computer applications use the opposite, that is, the machines and current programs are not able to overcome this type of test, so it is enough to apply a simple test to rule out automatic advertising (spam a). The usual example on the Internet is the CAPTCHA system, which refers to Turing on its behalf: Completely Automated Public Turing test to tell Computers and Humans Apartamentos is the acronym.

However, programmers still try to imitate a dialogue between human beings. Precisely, coinciding with the centenary of Turing's birth, the 2012 competition will be held at Bletchley Park, where Turing performed his decoding work during World War II. 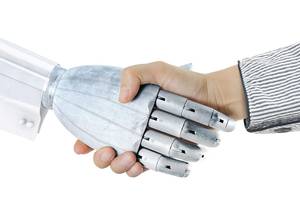 Mitchell Kapor and Ray Kurzweil bet on $10,000. The first does not believe that there are machines that pass the test for the year 2029 and the second thinks that yes.

The Turing test aims to measure the intelligence of a machine by analyzing its ability to think. In any case, although a program exceeds the test, there is no possibility that it is intelligent light.

Jesús Ibáñez himself has doubts about how to overcome the test: "Will it be overcome? Well according to the passion we put it. If we know what artificial intelligence is and we know what the machine can be good at, then we can look for the machine's weaknesses. For example, if the weak point of the machine is that it does not know how to imitate the singing of the birds, then we will ask and say that it is necessary to overcome the Turing test. We will look for tricks to maintain our pride in species."

It has been a century since Turing was born and his test has not yet been passed. No one knows how many years will be needed, but experts are convinced that it will be before the next centenary.

Turing and biology
In 1952, Alan Turing published an article to give a mathematical solution to a biological problem: morphogenesis. Complex organisms arise from a single cell, from an embryo, and in Turing's time it was clear that embryos are spherical cells, totally symmetrical. So how was it possible to specialize the new cells that are created from there to give a concrete structure? Orderly asymmetry occurs from symmetry.
Turing explained that the embryo is homogeneous, linear, but only apparently. "It's a pretty deep mathematical theory. Discontinuity is important," says UPV computer scientist Jesús Ibáñez. Immediately after the development of the embryo, continuity breaks and the spatial structure appears. The information for this to happen, Turing said, should be written on the molecules of the embryo. And so they are: These are HOX genes, DNA fragments that contain information about the structure of organisms. Biologists found Turing 30 years after his death.
Apple, Google and Turing
Links have been proposed between Alan Turing and two computer companies today, Apple and Google. In the case of the first one we talk about the company logo: an apple, originally the color of a rainbow, with a hole left by a bite. It has been mentioned that this Apple symbol refers to the death of the homosexual Turing to die in bite of a poisoned apple. However, the logo is not a tribute to Turing, recognized by the designer and the company.
In the second case, the link is done with the Google search engine. According to some, this search engine is the first program to pass the test. Or at least it is on the way. In fact, to make better searches, programmers strive to understand natural language more and more. Google has put a lot of money into it and is getting results. You can already interpret a five-word phrase to perform a search (the most common human questions are ten/fifteen word phrases). It remains to be seen that it is the way to overcome the test, which is ultimately a conversation. In addition, many critics claim that the search engine does not give concrete answers, but many options. But it may not be a solid argument. "What Google and other artificial intelligence resources do is imitate reasoning by applying statistics," says UPV computer scientist Jesús Ibáñez. Ibáñez doubts: "I wouldn't say that humans do similar things."