"What I like the most about research is the aspect of creation." 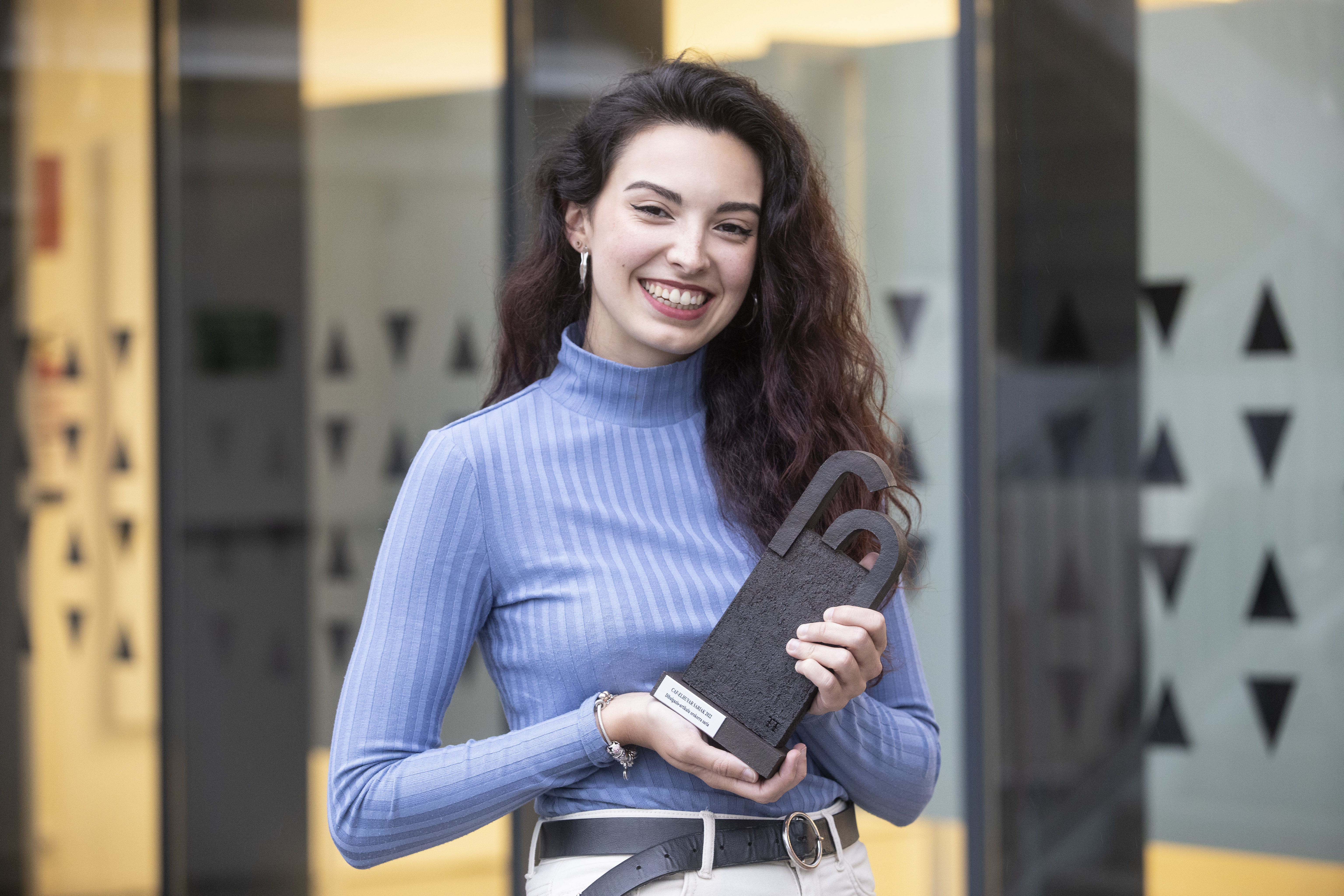 Ane Portillo Blanco, with the sculpture of the CAF-ELHUYAR awards in hand. Ed. Iñigo Benítez

Ane Portillo Blanco has won the award for the general article in this year’s CAF-Ihercios awards with the following: “The death of the female libido: the era of judgment.” It welcomes the jury's decision and the media's attention. So he told us how it got here.

According to him, when he was little, he clearly wanted to be a teacher, but at home they were very scientific. "We did experiments at home, my sister learned geology ... So I've always had the science around me, and I've always liked it. And he was skilled at it. So I did a biologically high school scientist because I don't like technology very much. In ESO 4 biochemical contents are introduced: cell, mitosis... and higher education. I liked them a lot, and on the open doors of the UPV, I talked to a professor of biochemistry. The access score was very high, but if I couldn't, I also had the opportunity to study teaching."

He got himself into biochemistry and, as he confessed, he enjoyed a lot. "What happens is I don't see myself in the lab. I practiced in a medical lab for two summers and there I also did the graduate work, and I find it interesting, but it's not for me. I preferred education, so when I finished my high school master's degree, also at the UPV, and my final work director offered me a contract. It was a one-year contract to investigate and in doing so I was chained.”

So much so that he's now doing his thesis on project design for ESO and high school. "What I like the most is the aspect of creation, using imagination." On the other hand, when I was studying biochemistry, I didn't know I was also doing education research. "So when I started working as a team with the contract, another world opened up to me and I have entered enthusiastically," Portillo acknowledges. He's somehow put together the two vocations he had from the beginning: science and education.

In the future I would like to continue my research. At the moment, he has a Ph.D. scholarship and, later, is aware that continuing the research involves a successive search for a scholarship. "But if the research is over, I'm very happy with teaching." In addition, due to COITY-19, he was not able to carry out a master's degree degree, so he wants to be with the students and put what he learned into practice. "I'm still three years ahead, but I'm going to take any of the two options at ease."

He's also very satisfied with disclosure. He liked to tell what he learned even when he was in college. "It seemed so beautiful, I wanted to explain it to people. To some extent, I think it's very closely linked to the gut of teachers. And when we were in the lockdown, I was thinking about what I could do, and Aitziber [Velado Eguskiza] and I decided to do a course of outreach.

From there came the podcast made by the two: "What you don't stress." He explains that this is a very humorous podcast on biosciences, based on curiosities and issues that are left out of studies. "Because we're both making the thesis, we have a lot of trouble finding the time, but we do it very well."

Despite the difficulty of investing time, it has also managed to write an article for the CAF-ELHUYAR awards. The effort has been offset by a prize and, in addition, he has said that he enjoyed the writing a lot: "Ever since I came up with the topic, I couldn't stop thinking about it, and I enjoyed it a lot throughout the process. In addition, the author of the illustrations, Miren Biotz Goiriena Barrena, I'm a childhood friend and the article has allowed me to contact her, exchange ideas and work together. And seeing now published on paper and knowing that it has aroused people’s interest has been impressive.”

In this way, the prize has provided an impulse to continue the dissemination and to think that in the future it might even be in it. "It looks like I don't do that badly and I like it. Why not! "...

Ane Portillo Balnco
Ane Portillo Blanco is born within the time of the money, in Berango (Bizkaia). After studying Biochemistry and Molecular Biology at the UPV/EHU, he completed a master's degree in teaching and has since continued his course in educational research. He has just begun the PhD in creating STEAM projects for secondary school and at the same time is dedicated to science dissemination through the project "What You Do Not Underline". 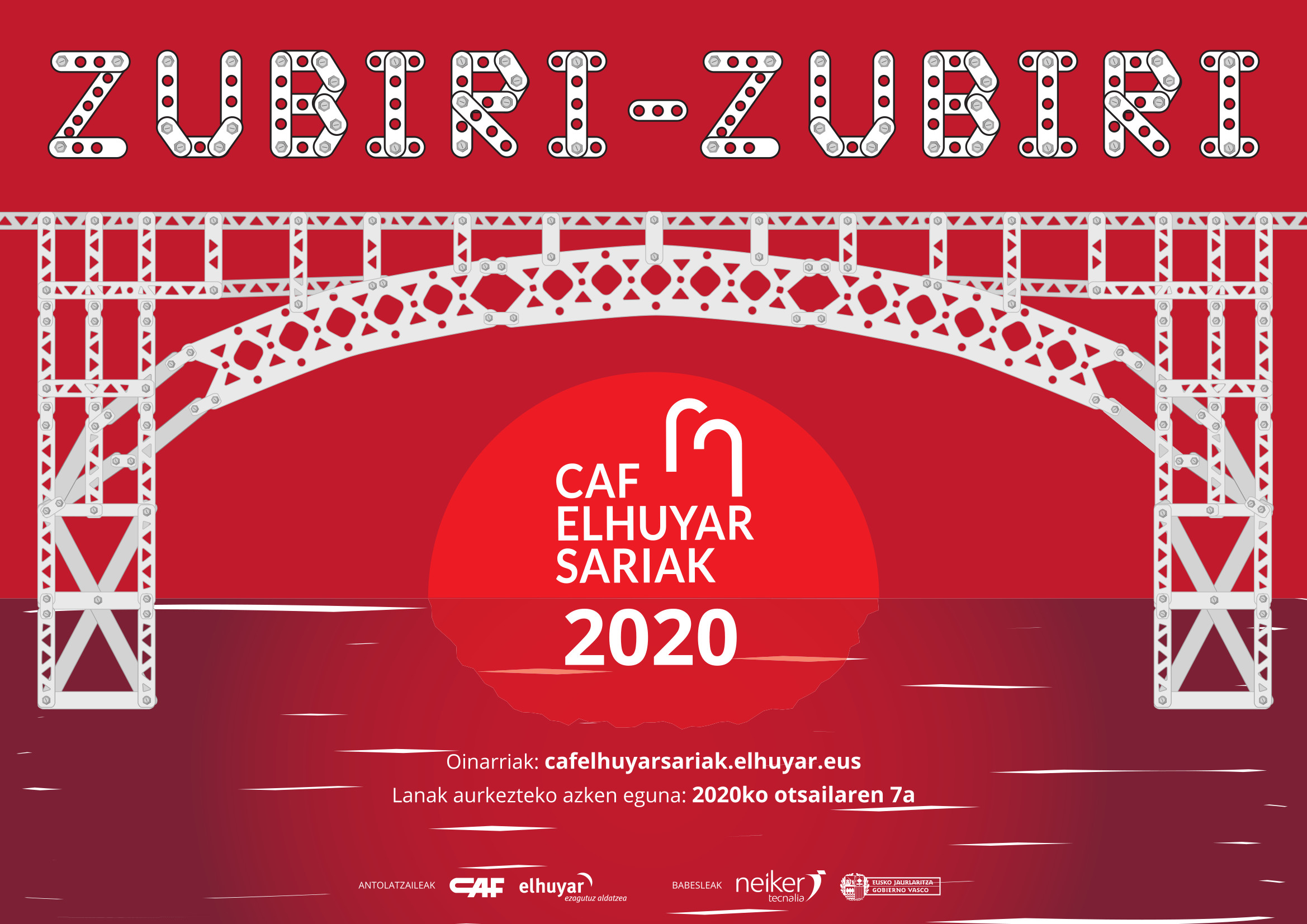