Plastic waste in all oceans on Earth

In the oceans there are five large areas of plastic waste that coincide with changes in surface water circulation. This is the main conclusion of the latest research published by the Malaspina expedition (CSIC). In fact, guided by the University of Cadiz, they have published an article in the journal PNAS, in which the similarity of storage in the north of the Pacific, to the south of the Pacific, in the middle of the North Atlantic, in the South Atlantic and in the Indian Ocean has been highlighted.

In addition, researchers warn that these surface water deposits may not be the final destination of plastic waste. Research has found evidence that microplastics are moving into the trophic chain and the ocean floor.

The main plastics found are polyethylene and polypropylene, the most commonly used polymers in everyday life. As they have explained, marine currents transport plastic waste, dividing solar radiation into smaller and smaller parts. This facilitates passage to the trophic chain and pollution of ecosystems. However, researchers have recognized that most of the consequences of this pollution remain unknown.

On the other hand, in these five areas only a part of the waste that leaves the sea has been located. Therefore, the next challenge is to know where the rest is. 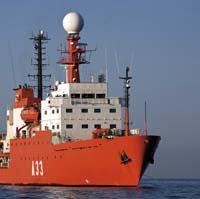