A method used to analyze the spread of diseases has served to clarify the origin of the Indo-European languages. This method has allowed us to conclude that Anatolia spread throughout Europe and Asia.

In fact, there are two main hypotheses that explain this expansion. According to some experts, the Indo-European languages were born in Anatolia, from where they were extended with agricultural techniques, 8,000-9,500 years ago. The other hypothesis is that in the cure of the Asian central steppe they spread with the help of cattle ranchers, about 6,000 years ago.

In order to know the correct hypothesis, researchers from the University of Auckland created a computer model. Researchers were not linguists, but taking into account the similarities in the evolution of words and genes, they suspected that the instruments used in evolutionary ecology would serve to investigate this issue.

Thus, using this computer model, they have analyzed the dissemination of Indo-European languages and have concluded that this linguistic family emerged in Anatolia 7,800-9,800 years ago. All the work has been published in the journal Science.

However, the debate has not ended, as some linguists and archaeologists do not take the work of Aukland researchers for granted. 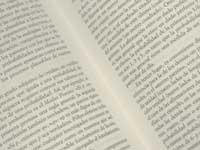