It turns away when you think you have reached the goal 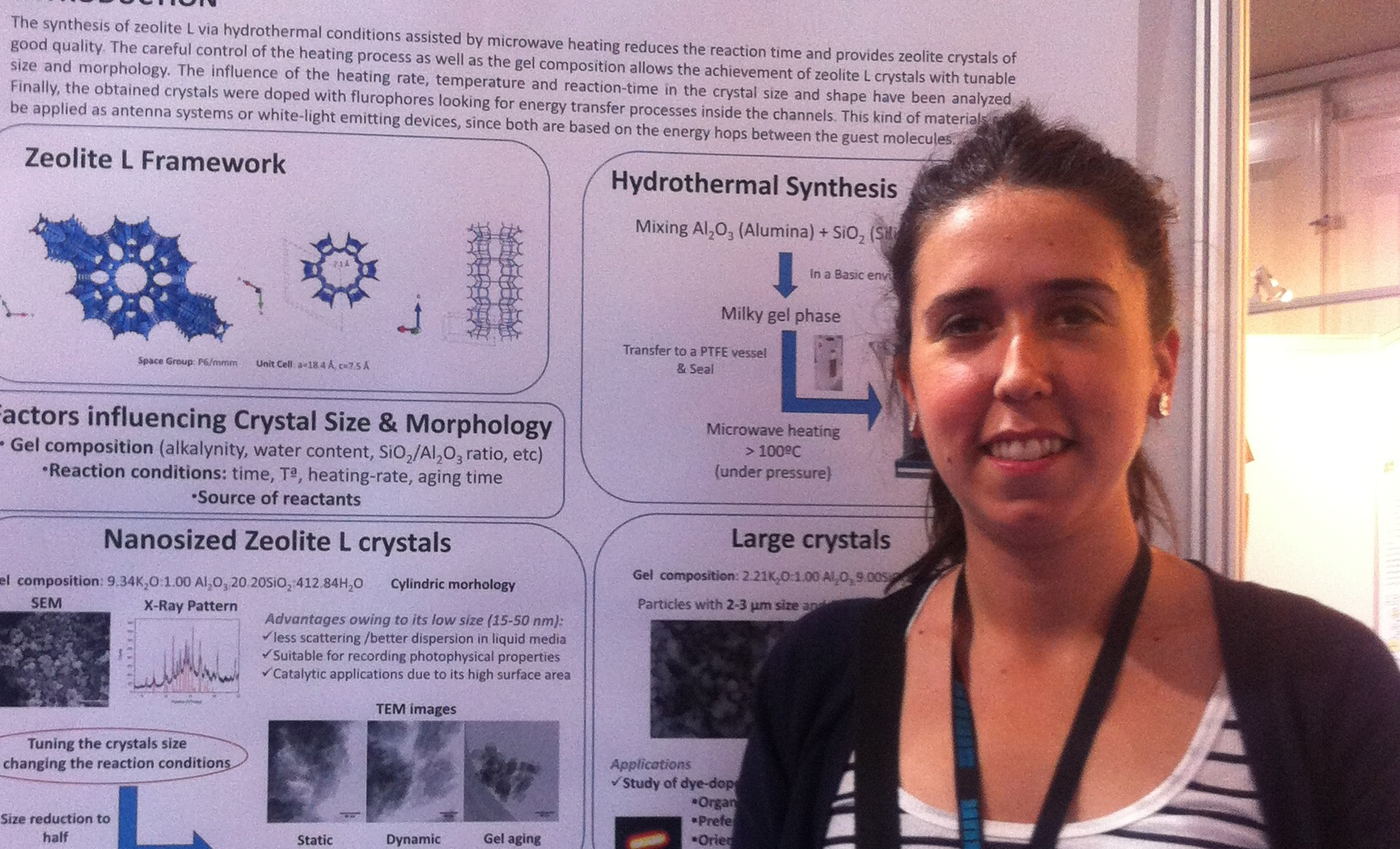 Leire Gartzia Rivero remembers what prompted her to study Chemistry: “When I was 18, when I had to choose what to study at the university, I went to a winery with my parents and was fascinated with the oenologist’s explanations. I asked him what studies have to be done to be an oenologist and he told me there were two ways: one studying Chemistry and another Agrarian Engineering. Chemistry attracted me more and so I started."

And he liked it, in the end, because he forgot about oenology and entered the world of research. In fact, in the last years of his career he knew nanotechnology and what research is. After completing the master of new materials, he joined the group of Molecular Spectroscopy, the Department of Physical Chemistry, where he was proposed to carry out a thesis: "The subject of the thesis was very interesting to me. It was about investigating a luminescent nanomaterial, material that highlights its usefulness to improve the efficiency of photovoltaic cells.”

Nature as a source of inspiration

Although the starting point of the thesis was this, in the end they have created nanomaterials that can have several applications. “The most interesting thing is that they are based on natural systems of plants,” said García. “It’s a little paradoxical, because we’ve based ourselves on nature to give a boost to nanotechnology. In short, nanotechnology is very present in nature, but until recently we have not realized it. No wonder that one of the greatest temptations of many current scientists is to try to reproduce the mechanisms that exist in nature, so effective and perfect.”

This vision, in addition to the materials, is very useful in the human body. “Recently, nanomedicine has gained strength and funding is destined for it.” This aspect is very interesting: “It fills me with the knowledge that the application is really beneficial to society.”

He considers that he has possibilities to act on this path, since the fluorescence microscope they use is very appropriate for the study of biological samples. “We lack biological base, but we collaborate with other groups, so our research is interdisciplinary,” explained Gartzia.

He has now obtained a postdoctoral grant from the Basque Government that will allow him to investigate abroad. Despite his satisfaction, he has not concealed that sometimes his way is made hard: “When you think you have reached the goal, you get away and have to try again.” And she believes that women have to make even more effort: “What happened on Thursday is a clear example. It is not just.”

Leire Gartzia Rivero (Gernika-Lumo, 1986) graduated in Chemistry in 2009 from the UPV. He then completed a master's degree in new materials. He obtained a predoctoral grant from the Basque Government for his research in the Molecular Spectroscopy group and read his thesis in December 2014. In 2015 he has continued to work on the same research team.