A challenge for neurologists is to physically see brain activity. With light. It would be a big step to be able to investigate how group neurons work. To do this, neurologists and physicists have started working together, opening a new line of research among physicists donostiarras and neurologists at the University of Columbia, at the Donostia International Physic Center, to make the activity of neurons visible. 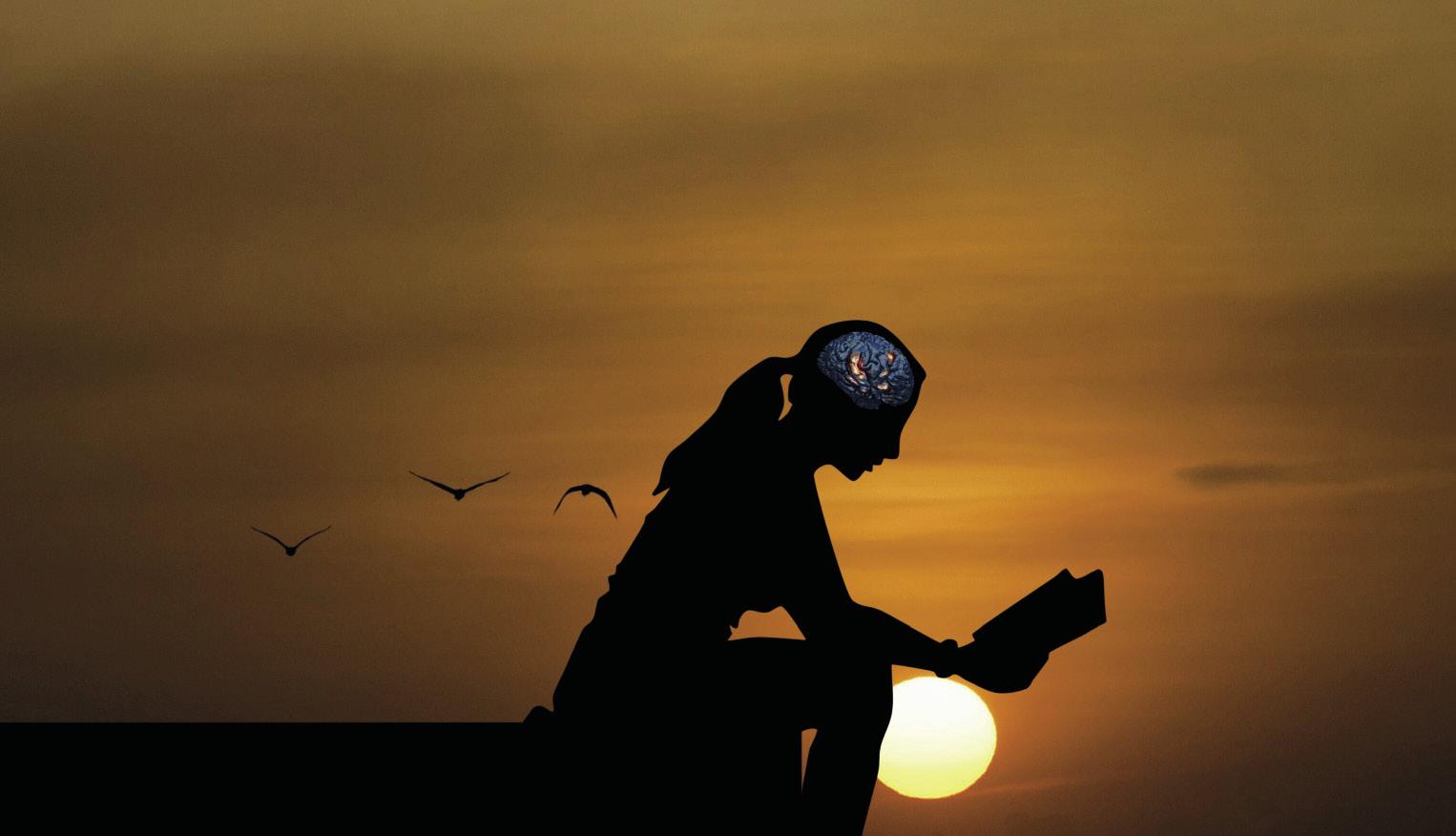 Neurons work in groups, not on their own. And it's that to understand how the brain works, it's not enough to investigate the neurons individually. “It’s not like a computer, where the information passes through the transistors, and in each one of them the computing is produced,” says Aitzol Garcia -Etxarri, researcher at DIPC. “Ideas turn on neural groups. When we think about grandma, for example, only one neural group and that neural group are activated. Neurologists are making many discoveries today, but yet we do not understand how we compute that.”

“There is no generally accepted theory of how the brain works. And we are far from that,” said Rafael Yuste, a neurologist at Columbia University, a global reference for brain research, who collaborates with Garcia -Etxarri in research. Yuste leads the BRAIN project, which aims to map the activity of the human brain.

“The brain has been researched a lot at the cellular and molecular level,” explains Yuste. “We know a lot about it: how individual neurons work, what molecules they have, what biophysical properties they have, etc. And we also know the connections between neurons. Synaptic plasticity, the functioning of synapses, has been studied intensively. But how the activities of neural groups are shared and what they do together ... That's another thing. There we have a great gap of wisdom.”

And visualizing the activity of neurone groups can be a key to starting to understand some processes. How do you keep your ideas? Or how do long-term and short-term memories work? How do we learn? Or what happens in every neurological disease? These are big questions, and maybe the answer isn't stored in the patterns of brain activity, but for now, scientists want to see this activity physically. And to do that, they've turned to physicists.

“The line of study is called NanoNeuro, because it brings nanoscience and neuroscience together. In the end we want to make nanotools that can be used in the brain,” explains Yuste. 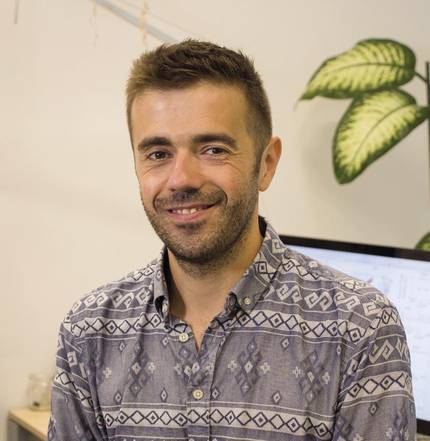 Yuste himself invented a new method of brain research: calcium imaging. This method is based on neuronal fluorescence by adding fluorescent proteins to the neuronal membrane itself. Because of these proteins, when the neuron absorbs or releases calcium, each neuron emits a beam of light. And calcium dynamics are related to the activity of the neuron. The addition of these proteins to all neurons allows us to know the simultaneous functioning of thousands of neurons.

“Yuste’s method has a problem,” says García Etxarri. “The addition of fluorescent proteins requires genetic changes in neurons so that the neuron itself synthesizes proteins. This is useful for laboratory research, but these genetic changes cannot be made in a living person. Genetic changes are not allowed at present and I hope they will never be allowed.”

There are alternative methods to represent brain activity, but they don't really represent the electrical activity of neurons. On the one hand, functional nuclear magnetic resonance (fMRI) shows cerebral hemorrhage, that is, the amount of blood and the places where the brain “requests” during work. On the other hand, positron emission tomography (PET) shows glucose consumption in the brain, that is, it serves to map the energy demand of neurons. However, in neither case is an image of the direct activity obtained.

In each line of study, they must use a nanotype, as they have their own objective. On the one hand, they will use quantum dots to visualize the activity of neurons. On the other hand, they intend to use gold nanoparticles to generate activity in neurons. 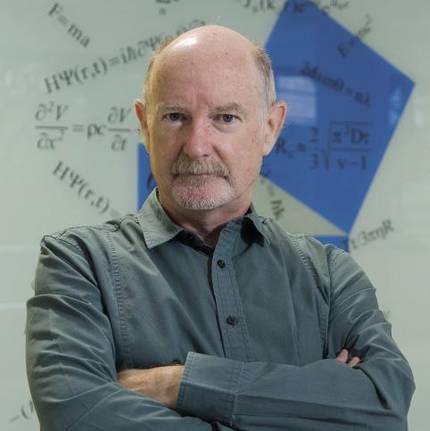 Quantum dots were found a long time ago, in letters. They actually work like almost any molecule. Their electrons are distributed in levels, according to energy. When light hits a molecule, if it has the right energy (i.e. it has the right color), an electron can jump to a higher energy level. However, this electron will return to the original level by releasing additional energy in the form of light. It will emit light. However, if this molecule is a quantum dot it is sensitive to the electromagnetic fields around it; through the use of electromagnetic fields, electron energy levels can be higher or lower, controlling the amount of energy it emits. You can finally manipulate the color of the light that it emits.

The DIPC proposal is that the electricity that accompanies the activity of neurons is used as an electromagnetic field of the area. “Neurons work with electrical signals,” explains García Etxarri. “If we stick a quantum dot in the neuron membrane, whether or not the membrane has activity, the color it emits changes when the electrons jump.” Researchers will light the neuron with infrared light and the neuron will return the visible light, and depending on the color of the light, they will know whether that neuron is active or not. So quantum dots are appropriate nanoscopic tools to read the activity of neural groups.

Reading the activity of neural groups is a big step, but this is not enough for research. The second objective of the project is to promote this activity. By activating certain neurons, neurologists want to analyze how the brain responds. They also need physicists. In fact, the second objective of DIPC physicists is to develop a tool that stimulates activity in certain neurons; a tool that works very concretely, a tool that activates individual neurons in case of need.

The idea is simple. Just like a magnifying glass concentrates sunlight, they want to use particles that have the same effect on a nanoscopic scale. And the right material for that is gold. “We have called them gold nanolups. When light sounds, they can concentrate the rays at a smaller point than any magnifying glass we can make. The place where the rays are concentrated is heated and that heat makes the neurons activate,” explained García Etxarri.

“This path has not yet been treated,” says Yuste. “There are two previous jobs, one from a team in Chicago and another from our lab in New York. In this work, gold nanoparticles have been used to generate activity in neurons. We did it in mice and hydras (animals with very simple nervous system). These experiments show that this approach to the project can be reasonable.” But we have to go further. These experiments were commercial nanoparticles and not naturally engineered structures. This is the goal of the NanoNeuro project, which is to synthesize the natural particles in order to produce the concrete effect they want with them. 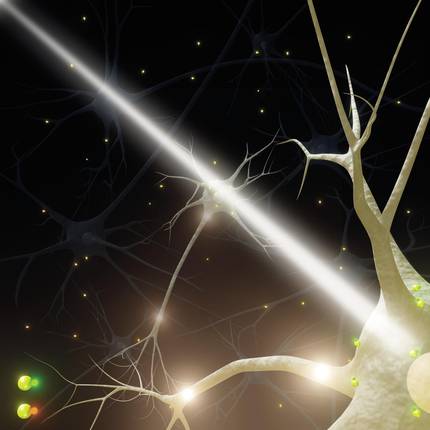 In quantum dots, the color of light will show whether or not there is activity. ED. : LuniusAnimatics.

Of course, they need to design and build nanoparticles. Then, for them to be associated with neurons, they have to cover them with molecular structures. And finally, as with any material entering the human body, they have to investigate biocompatibility so that they don't produce any harmful effects. So the simple idea of nanolup will have a long research to develop.

If the research yields results, however, you will get two nanoparticles, one to read the activity of the neurons and one to stimulate the place you want. But scientists don't want to work with two nanoforms. “Our goal is to design a single nanoparticle with both properties at once. If we do, we will have a device capable of reading and influencing brain activity.”

That is the final objective, at least in the part to be carried out on the IDPC. The project is already on the table and opens a new line of research. “It has never occurred to us that the properties of these nanoparticles can also be applied to neurosciences,” says García Etxarri. “It’s something we know how to do very well, but we want to use it in a totally different application. It's interesting to apply something we know in an area we don't know about."

Subsequently, the team of Rafael Yuste will investigate this application at Columbia University. For Yuste, many of the scientific advances are due to the development of new methods. And he hopes that the tool developed in San Sebastian will represent a small revolution in brain research. Time will tell. 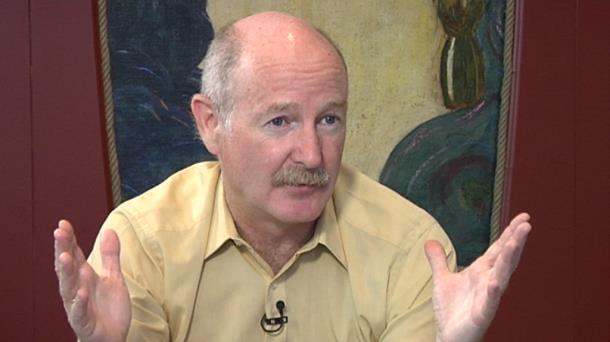