“From the moment you ask a question, you want to know the answer” 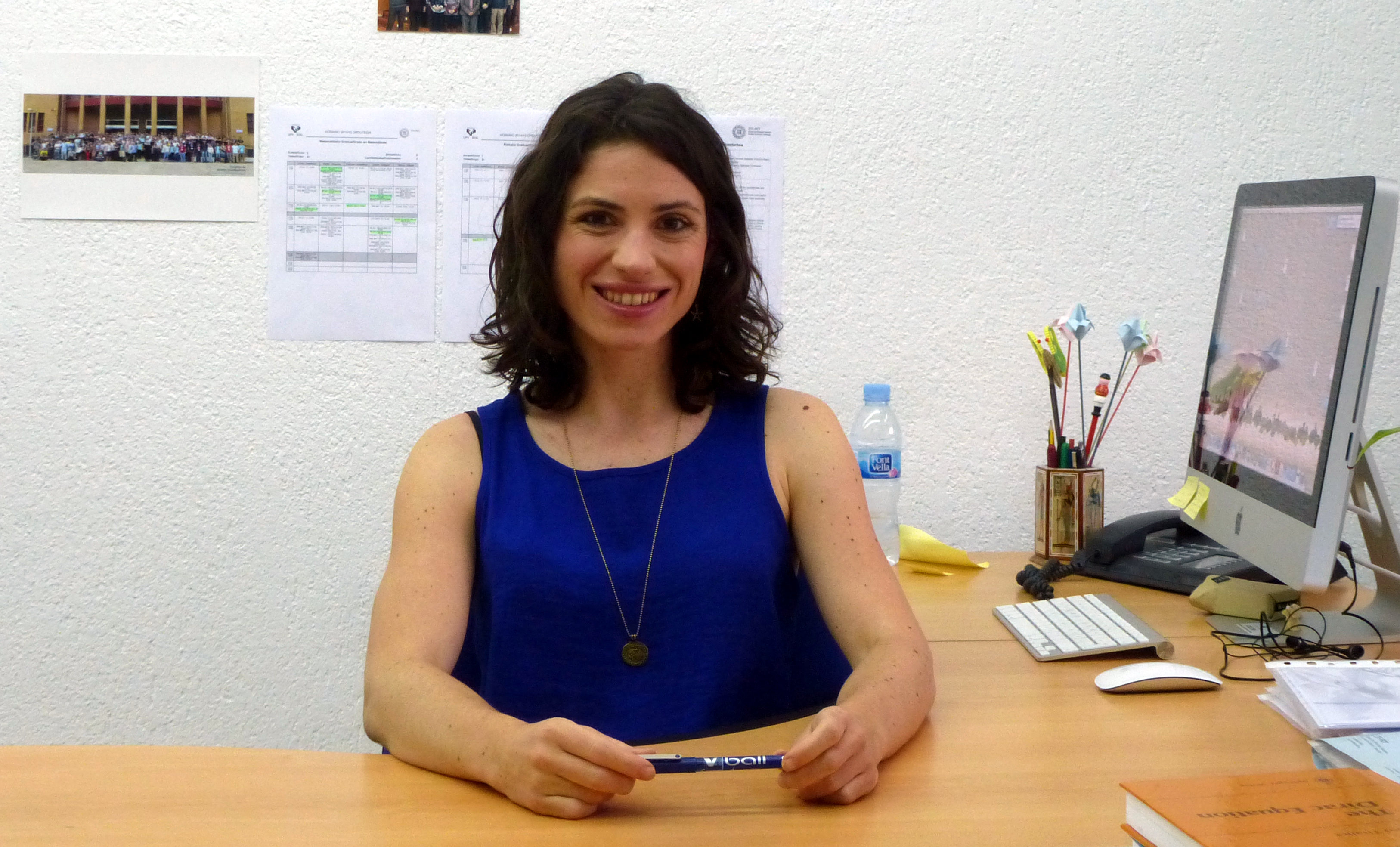 The mathematician Naiara Arrizabalaga has recognized that it is not usual to bet on mathematics when choosing university studies. "But I have always liked science and realized that behind all the sciences there was mathematics. That caught my attention," he explained. He was clear that he did not want a job that would allow him to be eight hours a day in front of the computer. Also, asking the mathematicians for the career, they did not give much information, but they told him that it was very different from the rest of the studies. "That also sparked me curiosity."

It began out of curiosity. "And once I started, I was totally caught," she confesses smiling. According to him, mathematics has something very special: "In mathematics, if you test something, the truth is forever." This idea seduces Arrizabalaga.

He explained that theoretical mathematics has always liked him, especially analysis: "Learning these subjects was not for me work, I did it at ease. And in the last year a professor suggested me to do a doctoral thesis. And I thought, why not? ".

Thus, he began to perform the thesis and finished it in 2012. "That time was very hard for me. After a blow, when I started to recover, I received another. I found it very hard. Because in other disciplines you have not always achieved the desired result, but perhaps the experiment is useful to see what you have done wrong and where you can go next time. But in mathematics, either I test it or not. Therefore, at the end of the thesis I felt very relieved."

Then, he has been researching and making substitutions. He is now an assistant professor and continues with two activities: research and teaching. He says he works at ease in both of them, but desperately recognizes that it costs him not to be as long as he wants to delve into the other.

However, there are more advantages than negative ones. For example, he likes students to confirm their interest: "When you see a motivated student, asking questions... Or when you say teamwork, and when you see them discussing, arguing, and when courts and teach you to think otherwise... That satisfies me a lot."

As for research, the most satisfying thing is to achieve the result. "From the moment you ask a question, you want to know the answer. And after months and months of response, that moment you understand is incredible." Then it is not easy to explain to your friends what you have solved, but by telling them that in the end you have achieved what you were looking for for so long.

Looking ahead, I would like your situation to be more stable than the current one: "I would like to continue researching and teaching, but without that extra pressure. Now I'm working, but I don't know if I'll have a job soon." In turn, he hopes to learn to better match both with experience, one of the headaches.

On the other hand, sometimes, I would like to make short stays at other universities. "At the end of the thesis I was at the University of Barcelona and now I am going to Helsinki a few weeks to make some progress in research. Next year I would also like to spend a few months abroad to grow as a researcher."