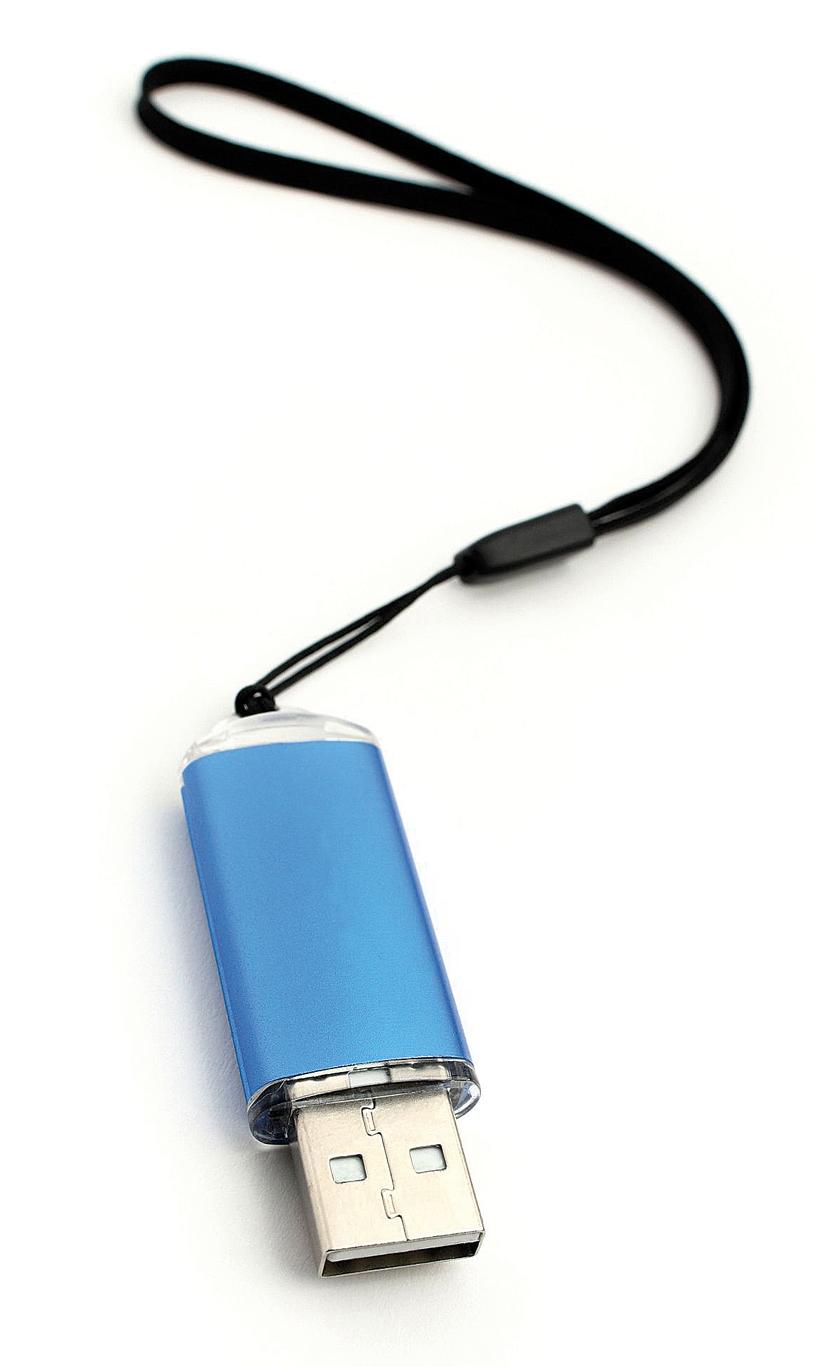 In a sense, the current is a bad time for the launch of technological innovations. New technologies at first are expensive and are covered over time. But the economic crisis is an obstacle in this evolution. "For example, now people are not willing to buy a new laptop," says web editor XATAKA, Pablo Espeso. And as a result of this situation, technologies that can lead to a revolution are spreading very slowly. One of them is the flash memory.

It can replace traditional hard drives, with very clear advantages. A flash memory is faster than the hard disk, has no mobile components and is smaller.

For speed, the flash memory is fundamental in the desktop computer, according to Thickore. "My recommendation is to have as main disk an SSD -- a flash memory -- in order to have the operating system and a usual magnetic disk to store the data. It's a pretty good solution, not very expensive and with a huge difference."

The absence of mobile components is also a great advantage. The components that move mechanically increase the probability of having breakdowns considerably. And traditional hard drives move a lot. They precisely function as an old LP of music. There is an engine that rotates the disk and, as in traditional record players, the mobile tip that reads information from the disk is -- this information is music on the LP and the computer files on the hard disk. When the processor asks for a piece of data, the disc magnet begins to turn and a metallic needle must be placed on the disc, in a given place, as the turntable does. As the hard disk does millions of times, it has great possibilities of mechanical breakdown. And the breakdown of the hard disk can be a tragedy. 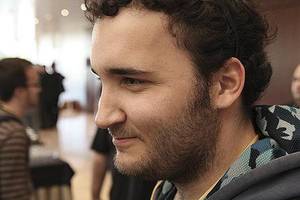 Pablo Espeso (Whiskito on the net) is editor of xataka.com. This website has become a reference among the web pages in Spanish in the field of computing and electronic devices. Ed. © Pablo Espeso

A flash memory does not have this problem because it does not move mechanically. Furthermore, the vibrations hardly affect. That's why, for example, they are ideal for use within a vehicle; within a car, a hard disk has great difficulties to function well, but a flash memory doesn't.

And another advantage is the size. The flash memory is composed of chips, making it the best option for very small devices. In some gadgets, such as tablets, mobile phones and pendrives, it is critical because hard drives are too big to enter them. Other times there are two options, for example, most laptops use hard drives, but it has also started using flash memory. 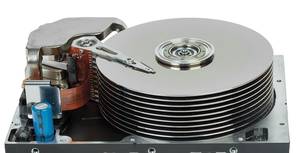 Conventional magnetic hard drives work the same as musical turntables. A disc is rotated and a mobile needle reads the information. Hence the hard disks have mechanical breakdowns due to the large amount of mobile parts they contain. Ed. © Frameangel/350RF

"There is a clear tendency to use flash memory in laptops," says Espeso. "Apple's MacBook Air was the first computer to be purchased with flash memory, and now, by the hand of Intel, many manufacturers do the same with most of them. They are very tight and lightweight laptops, low consumption and they must necessarily work with an SSD memory. And in other laptops the SSD is becoming more and more common, especially in the high-end. And in the last two years it has begun to be used also in the medium ranges, in laptops of between 800 and 1.000 euros, I suppose that there will be a revolution at the end of the crisis, if ever it is finished".

Revolution, as always, in the pocket

The revolution does not mean that hard drives are completely outdated and disappear from the market. Flash memory technology must perform a previous journey. What's more, flash memory is an ancient technology. "But we are not aware of it. For example, routers from the 1990s had a small flash memory. The flash memories we use now are different, but they basically do the same."

Since then, flash memories have come a long way, both technologically and in use, but almost always quietly and without just realizing it. Any device with almost a small screen needs a memory and is almost always a flash memory. Espeso is thinking about this subject and says half jokingly: "I'm looking for an example of an electrical device that doesn't need memory and I don't find it." 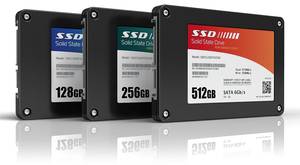 Flash memories type SSD. It is currently the most common substitute of the magnetic hard disk. Ed. © Oleksiy Mark /350RF

There is an exception, the revolution of flash memories that are carried in the pocket has not been silent. The USB memory, the pendrive, put upside down the way to transport people's digital information. And along with them, miniSD and microSD cards have also given a great projection to mobile phones, photographic machines, video machines, etc.

At the moment the law of Moore is fulfilled, that is, the number of transistors that enter an integrated circuit of a certain surface is doubled every two years. And the consequence of this law is evident in flash memories; in addition, the most optimistic predictions of the law of Moore have been overcome in the market of pendrives: In 2000 the first pendrives were released with a memory of 8 MB. Now the 32 GB are common and there are larger ones for sale.

In fact, although pendrives have a long theoretical duration, around 20 years, they are discarded much earlier by the size of the memory, that is, because they are on sale devices of the same size that have much more memory in the market. 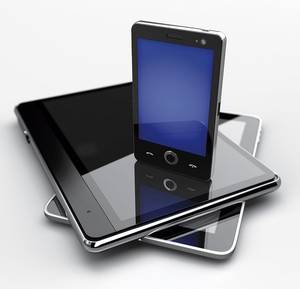 Many phones, tablets and electronic devices use flash memory. In addition, if the device is narrow it is mandatory, since a hard disk does not enter that small space. Ed. © Peter Lecko/350RF

The flash is not forever

Thickener, however, wants to highlight the persistence of a flash memory weakness: "Let no one think that flash memory is for a lifetime." And also, those 20 years supposedly are not the duration of all flash memory. "The duration is a limit of use, since it depends on the use made by the operating system. For example, if the computer is used a lot, the flash memory will deteriorate quickly. It is true that on mobile phones and laptops the battery lasts less than flash memory, but the electronics industry will have to make an effort to extend the duration of flash memory."

"Is it safe to use these memories? Yes and no. Manufacturers say they can last around 100,000 reading/writing cycles," says Espeso. "These numbers are not significant to the user, but they should last a few years. There is no specific data, but my experience takes me more than three years." Therefore, for the moment, those who keep data copies and all backups in flash memories will have to be attentive.

Heat and noise of the computer
The heat is dangerous for the computer. Therefore, from a temperature, the internal fan of the computer is put in place to help dissipate the heat. The fan makes a lot of noise and, from that moment, the heat and noise are remarkable during the operation of the computer. The use of a flash memory alleviates this situation.
The origin of the problem, the heat, is produced by several components. On the one hand, the hard disk is created by the motor that rotates it and if a flash memory is used, this heat source disappears. But not at all. "With the use of a flash memory the fan is never removed", explains Pablo Espeso, editor of XATAKA. The microprocessor itself also produces heat. "Microprocessors, when used, are placed at 70-80ºC. A flash memory type SSD can reach a maximum of 30 degrees. In fact, when I add the SSDs, after working, I touch them with my hand and they are hot, but they do not calcinate." And by replacing the hard disk with its engine, the computer heats less.
NOR flash, NAND flash and a third party
Once the computer is turned off, the information should not be removed, it is the capacity that must have the chips of the flash memory. RAM memories are removed when disconnecting.
In Flash memories you can find two technologies to avoid data loss, one marketed by Intel (NOR memories) and another by Toshiba (NAND memories). The first is customary in mobile phones and the second in photo cameras, mp3 devices and pendrives. The NOR flash is faster but more expensive, the NAND flash in addition to being slower and cheaper, has higher data storage capacity, so the NAND flash has greater possibilities to replace the hard drives. But in 2011 IBM presented a third option: universal memory. It is a memory that can replace the RAM and flash memory, allowing to store or lose information by interrupting the electric current, depending on the case. As perishable memory can replace the RAM memory and as permanent memory can replace the hard disk or the flash memory itself. But for this we must see if the new chip of the universal memory can be manufactured in large quantities. 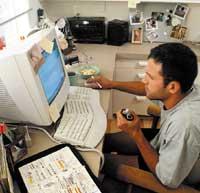 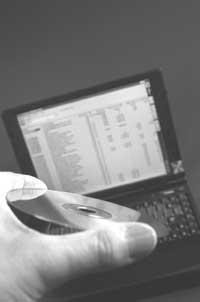