What about you, in exchange for having “perfect body” pesticides? 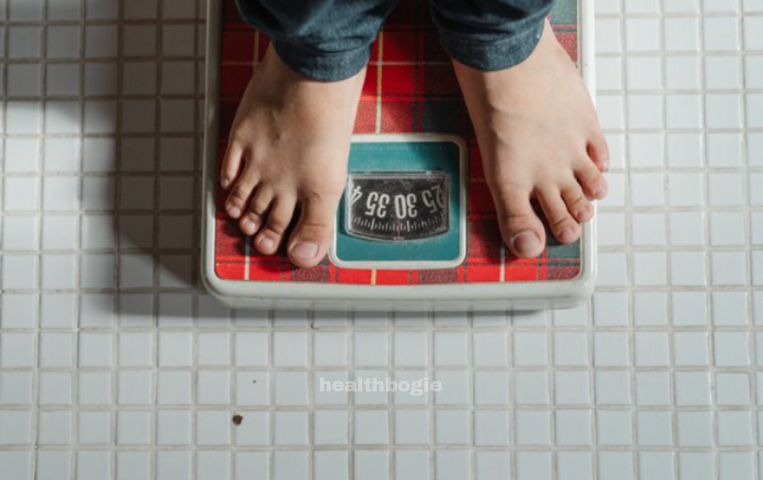 A communication was published on the INTERPOL website on 4 May 2015. The communiqué stated that an English woman died and a French man suffered serious injuries after taking an illegal “medicine” purchased on the Internet: 2,4-dinitrophenol, industrial pesticide (1).

It was not the first such communication to be published by INTERPOL, as it was an action under the PANGEA project, which was set up in 2008. The project aimed to hinder the sale of illegal and fake medicines via the Internet, and in recent decades the harmful compound DNP has been spreading to the bodybuilding community (2,3).

In the 1920s, the DNP used various industrial uses such as explosive production, belt dye and pesticide use (4). Then they realized that the workers working with this substance suffered a clear loss of specimens. Faced with this situation, Maurice Tainter of Stanford University proposed to use the DNP to burn fat.

However, lateral DNP loss did not occur only. In the 1930s, when it was for sale in pill form, they observed other effects such as nausea, excessive sweating, fever, malaise, dizziness, headache, arrhythmia and, in some cases, death (5). In addition, increased consumption over time was found to impair the skin, heart and central nervous system, increasing the risk of cataracts.

In view of all this, and once the federal government assumed the capacity to control the sale of medicines, it was recognized — thanks to the 1938 Food and Drug Act — that 2,4-dinitrophenol was not suitable for human consumption(6). Although the DNP has since been a little forgotten, the emergence of the Internet revived its consumption. In fact, in some bodybuilding forums it was described as a method to increase the noise mass and in nutritional forums it recommended losing weight (1,3,7).

In this case, the risk of contracting the DNP increased markedly, as it is illegal pills, due to the lack of safety measures or regulations in its production. The PANGEA project, to which reference has been made at the outset, has led to several people being imprisoned worldwide for selling DNP, but what criminals often do is buy it in the form of powder and then put it into pills to sell it (8,9).

In addition, although most poisonings are due to direct consumption of DNP pills, some “illegal nutritional supplements” appear to be adulterated with this substance, so anyone seeking weight loss help can buy industrial pesticides without knowing it (10). It is clear that INTERPOL’s PANGEA project is absolutely necessary, and that buying unknown pills on the Internet is a bad idea, but is DNP really increasing mass Can it be used to lose weight? How does dinitrophenol 2.4 affect our body?

The DNP acts on energy metabolism as a decoupler of the electron transport chain. And that is that even though energy is taken from food, cells can't use it directly, and through metabolism they create "energy packets" that they can use. ATP molecules. How do they do it? Protons (H+).

Proton-loaded molecules cannot cross cell membranes without help, and this is precisely what the electron transport chain does inside an organelle called mitochondria. But why?

It's known that energy can't be generated or destroyed, but it can be transformed, and that's what happens inside the body to reach the ATP molecules from the food we consume. This “stored” energy in food is used to transport protons from one side of the membrane through reactions in the electron transport chain. So the concentration of protons on each side of the membrane will be different, and because nature always seeks balance and protons can't go through it without help, it generates tension.

To promote this tension, an ATP synthase is found in the inner mitochondrial membrane that passes protons. This energetic current of charged molecules that is generated in your breast is transformed again, and ATP molecules generate useful energy for your body. This is the simple, summary energy metabolism, in which through the electron transport chain there is an imbalance of protons and the ATP synthase, as it restores this balance, produces ATP molecules. Both elements, the electron transport chain and the ATP synthase, bind to produce the energy needed for the cell.

The DNP inhibits this process because it is a protonoforum that can carry protons from one side of the membrane. Thus, the tension produced by the imbalance of protons is calmed down and the ATP synthase cannot perform its function. Without the ATP synthase function, there is no ATP, so even if we have all the world food, the cells will notice they starve to death. This will lead to an “acceleration” of metabolism, but even if body fat reserves are burned, cells will continue to “eat off” (11). Therefore, it can be said that DNP helps to eliminate body fat. As for the bazaar mass, the DNP does not increase the muscles, but by removing fat the muscles acquire a greater proportion, as bodybuilders point out in their forums (3). 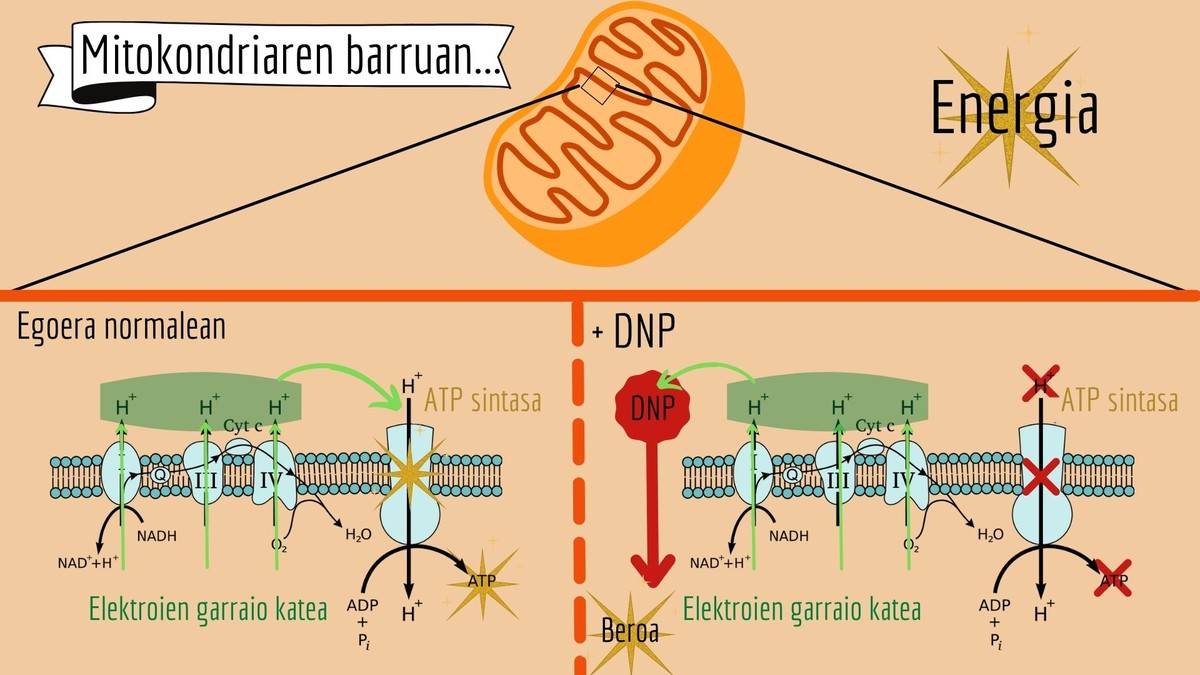 So what is the damage?

Of course, it's not all that beautiful. Since energy never disappears and the accumulated mitochondria does not become ATP, dissipates as heat and causes fever (11). As the body wants to regulate the temperature, there is an excess of sweating and as there is no energy necessary for the functioning of the cells there are other lateral damages.

The process described is absolutely essential for survival, so if vulnated death can occur. There are some known molecules that damage energy metabolism, the most famous example of which is cyanide (12). Do you see the problem? In the case of cyanide, the electron transport chain is completely blocked and death can be relatively quick. In the case of DNP, the transport chain of the electrons works correctly, but with it the gradient of protons is eliminated due to the existence of a means of transport different from ATP synthase. Of course, even though they are poisonous, doses are not always lethal, but the pill taken daily causes the DNP to accumulate within the cell and so far no antidotes have developed.

We've all taken the medication and we know that before we start with them we have to read the side effects list that comes in box. There are always side effects. Why is it different in the case of DNP?

2,4-dinitrophenol, due to its molecular characteristics, has been historically used for the manufacture of explosives(4). Maybe reading the name comes to mind another famous nitro group explosive, nitroglycerin. Although it is a dangerous explosive, the use of nitroglycerin is currently allowed for the treatment of severe coronary lesions (13–16). So if you can actually use it to lose fat, why not accept it and inform you of the negative effects?

A number of considerations must be taken into account in the process of developing and approving medicines. In the case of nitroglycerin, for example, it is used in potentially lethal cardiac diseases, so the risk generated is considered worthwhile. The same applies, for example, to contraceptive pills. They have a huge list of side effects, but compared to the health effects of pregnancy, the advantages are said to be greater than the drawbacks.

On the contrary, the increase or thinning of the mass proportion of bodybuilders is not sufficient reason to accept a dangerous medication, as there are safer ways to achieve it. It is true that in some cases of obesity diet and sport are insufficient, but there are other less dangerous therapies. Naturally, several research teams around the world are running DNP projects, whose idea is to develop a healthy version of it in the future. They have not yet succeeded.

The main problem is not the chemical.

We must be responsible and we cannot buy any medication we find on the Internet, but one can argue that this reflection generated by the DNP is greater.

We can use as a model a scene from the first chapter of Fleabag: The protagonist and his sister are present at a feminist conference to which he asks the following question:

“Please raise your hands if you would trade 5 years of your life for the so-called perfect body”.

In response, both women raise their hands and all those around them look at it with contempt. They put down embarrassed hands.

“We are bad feminists,” says the protagonist.

For someone to approach the hegemonic model of the “perfect body”, it may seem ridiculous to hurt themselves, as is the case in the scene. We may think that people who take the DNP are irresponsible. But the truth is that looking at the victims of this dangerous chemical with destaines doesn't help anyone.

It is important to talk about the DNP and leave the market, but it is also good to reflect on the messages transmitted by society. Behavioral alterations are becoming more frequent and body problems provide economies that move billions of euros. Although the intake of industrial pesticides is such an extreme example, it is not so rare to endanger one's own health in order to achieve a socially acceptable aspect.

So please don't take this story as another curiosity, and if someone takes risks that aren't worth it, before laughing, try to understand their perspective. 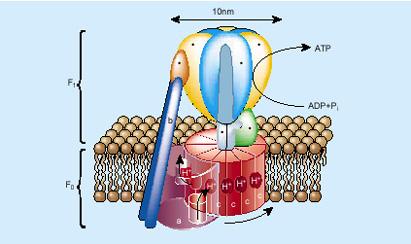 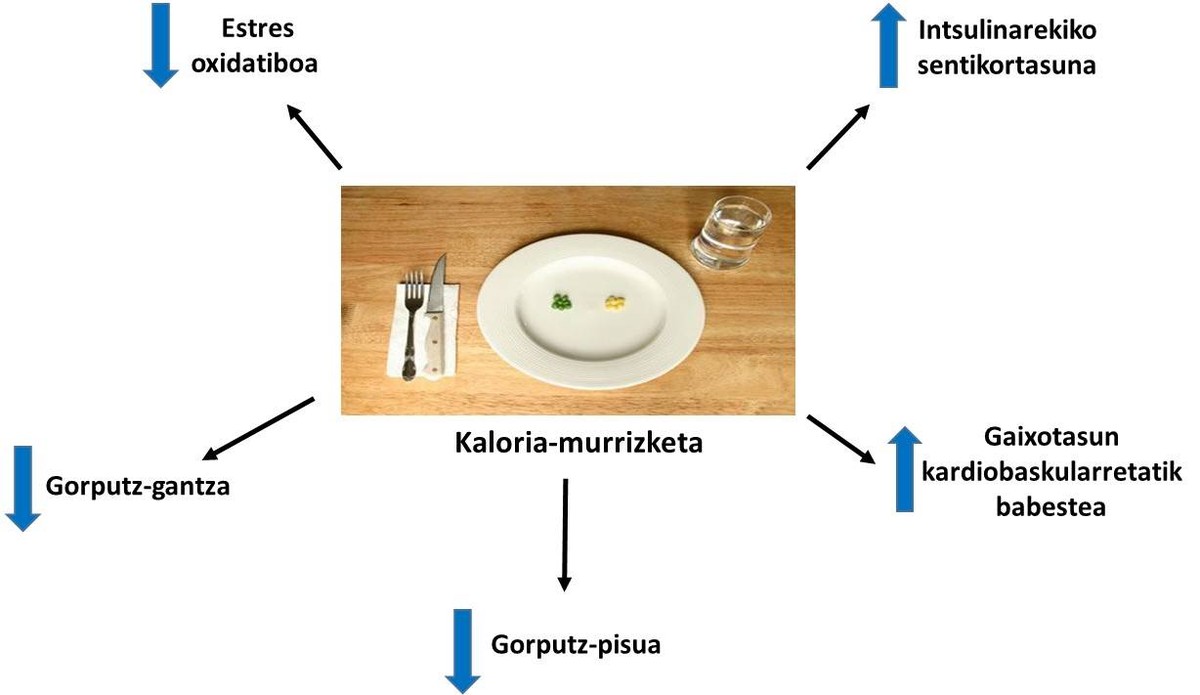 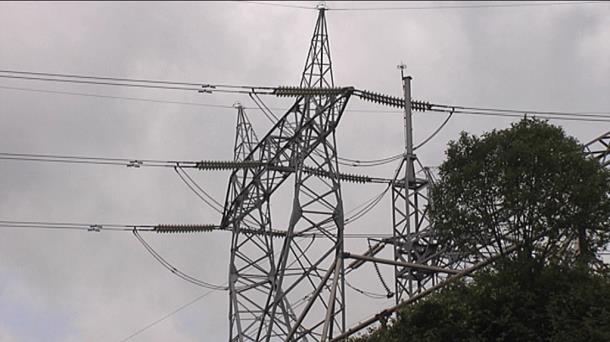