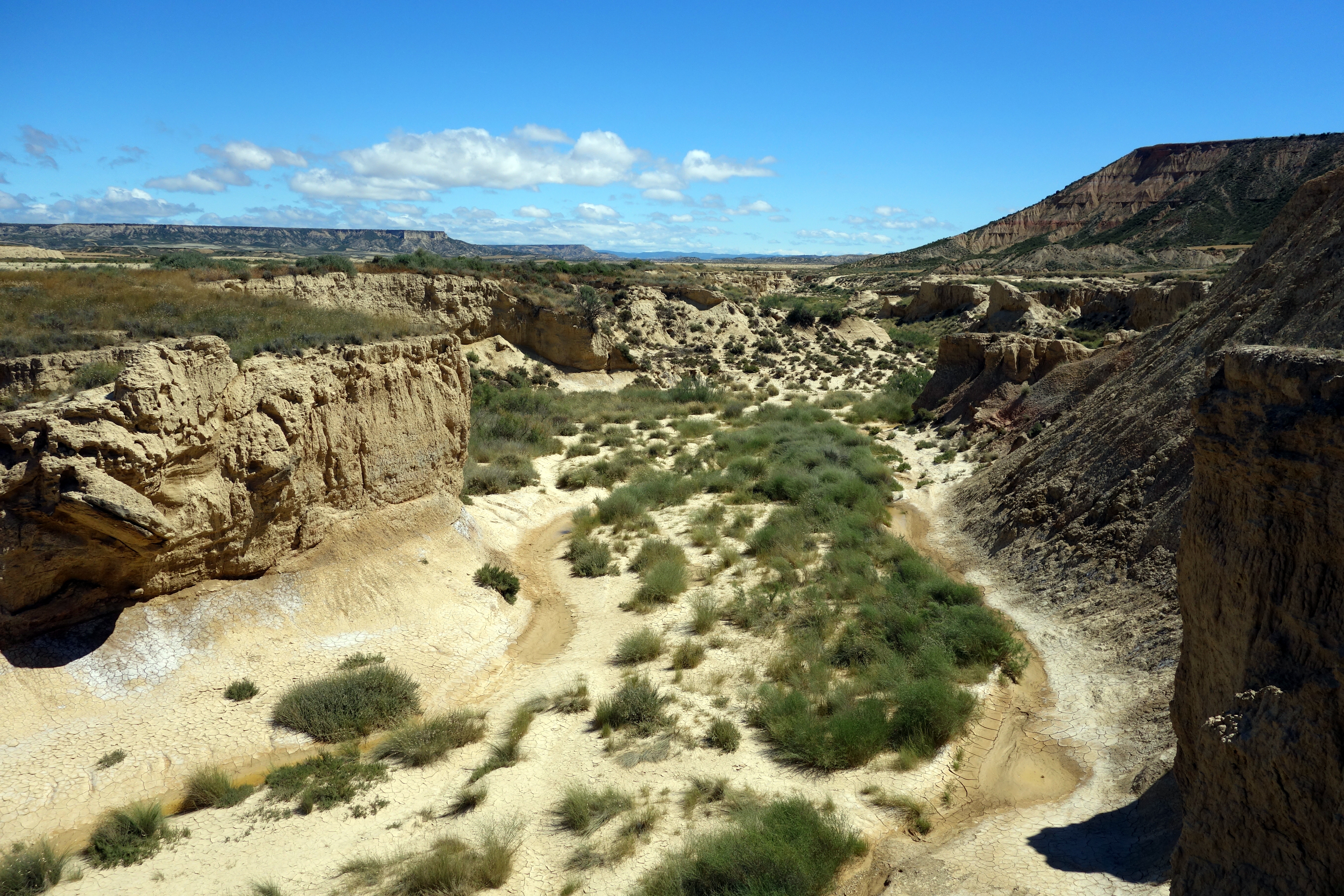 The decomposition of the litter is fundamental in the global carbon cycle, but until a few years ago the influence of the streams in this process was not taken into account. Calculations were based solely on terrestrial and marine ecosystems. However, studies of the past ten years have shown that streams are large biogeochemical reactors and their carbon emissions into the atmosphere. International research has gone a step further, focusing on so-called intermittent or arid streams. Although they have been undervalued so far, periodically drying streams estimate a higher contribution of CO2 than expected to the atmosphere.

It is difficult to know precisely when water will return to dry rivers, so laboratory simulations have been carried out to collect organic matter accumulated in hundreds of streams around the world. In the image, von Schiller collects samples in a stream that dries periodically in Arantzazu. Ed. Daniel von Schiller

When a river dries, the litter and the wood of the banks accumulate in the dry riverbed. There is little biological activity in these dry conditions. “At the time of the return of water, however, all this accumulated organic material is wet again and the stream becomes more than ever a powerful biogeochemical reactor,” said Daniel von Schiller, researcher at the Department of Plant Biology and Ecology of the UPV and one of the designers “1,000 periodic streams.” “Many biological communities latent in the river are reactivated, especially bacteria, but also fungi. Suddenly there are high rates of biological and respiratory activity that emit a lot of CO2 into the atmosphere.”

This is the first research to quantify the influence of periodic streams on the carbon cycle. We analyzed 212 dry streams from 22 countries and different climatic zones among almost 100 researchers. The result has been published in the journal Nature Geoscience, where the huge pulses of CO2 that occur when water is returned to the periodic streams and when the leaf wets increase by 10% the daily emission of CO2. “Von Schiller adds that arid rivers occupy almost half the surface of the world’s rivers.”

According to Arturo Elosegi, professor and researcher of the UPV/EHU Plant Biology and Ecology project, periodic streams are much more common than we think: “In the wettest places there have also been dry streams. In this work we have studied the two extremes of Euskal Herria – the Bardenas and Arantzazu – and both in one and the other, the streams dry from time to time”.

On the other hand, he highlighted the consequences of human exploitation of water: “In many places we eliminate the water from the rivers: in the Mediterranean area by irrigation and in the Atlantic area we have electrical uses. As a result, the flow of streams is reduced, sometimes until its total desiccation, even if it is illegal. By reducing the flow, many sediments accumulate that, to some extent, function as dry streams.”

Given the growing trend of intermittent streams as a result of human activities and their influence on CO2 emissions, the research calls for considering their contribution to carbon.