When the work at the Lemoiz nuclear power plant was paralyzed, I felt that we discarded a type of energy from the Basque Country forever. At that time, in addition, nuclear energy was a sign of “flags” and a real danger, especially because of the influence of the US and the Soviets. Since then time has passed, and although I do not want to hide my antipathy with this type of energy, out of curiosity I have begun to analyze the current state of nuclear energy. 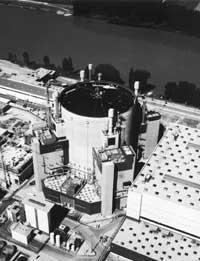 However, the debate generated in the pages of this magazine and the visit we will make shortly to the Bordeaux nuclear power plant increased my interest in this issue, but I have to recognize that since a couple of years ago a friend confirmed to me that the origin of my domestic energy could be nuclear.

Europe is the place in the world where the most nuclear energy is consumed. The most common type of plant is that which uses running water as a refrigerant. France is the European country with the highest number of reactors and 80% of the energy consumed is nuclear.

The fuel used in nuclear power plants is uranium, an element little present in Europe, whose reserves are estimated at 150,000 tons. Uranium coming out of the earth has two mixed isotopes: the isotopes U-238 and U-235. U-235 is the only easily physiable, but only 0.7% of the mixture. The proportion needed for use as fuel should be up to 3% in the mixture, but the techniques used are very expensive. In Europe there are two companies for this: one Urenco and one Eurodif.

The fuel remains that the reactor leaves consumed in U-235 contain highly radioactive products. Likewise, the transmutation of the U-238 produces a new element, plutonium. This is not naturally on Earth and as U-235 is physiogable. Plutonium comes in the form of Pu-239 and as already indicated, can be used as a nuclear fuel. The energy generated in the fission by a gram of the Pu-239 is equal to that generated by the four tons of coal.

The depleted fuel is chemically treated and the three main fuels (depleted uranium (mainly U-238), plutonium and highly radioactive fission products are separated). There are four centres in Europe: two in France, one in the UK and one in Germany.

As mentioned above, conventional nuclear reactors only take advantage of a small part of the fuel (about 1%). However, as it has been indicated that bombarding with neutrons U-238 is formed Pu-239, from the point of view of the fuel economy, the most appropriate thing is to use the mixture between U-238 and Pu 239. Thus, for a 1,000 MW plant to operate for a year at full power, it only needs two tons of uranium after introducing 4 tons of plutonium as an initial charge. 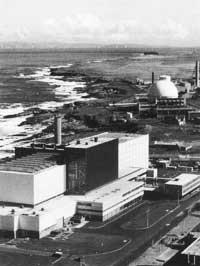 Nuclear power plants built until the 1970s did not take into account the fuel problem, but some agreements reached between 1974 and 1977 began to build power plants that used “enriched” fuel and were called “rapid power plants.” The largest plant built with this structure has been the Superphenix, with a power of 1,200 MW. It began in 1985 and is located in France.

The vessel with reactor and core is 15.5 m tall and 21 m in diameter. It contains 4,300 cubic meters of sodium circulating at temperatures between 400 and 550 ° C. This plant began operating at full power in 1986, but in 1987 it was closed by sodium leakage. Finally, in April 1989 the French government approved the launch of the plant.

The cost of superphenix was approximately twice that of plants that do not use enriched fuel. Consequently, work has begun on cost reduction and it seems that in this type of power plants it is possible to reduce the volume of materials by 25% increasing capacity by 20%.

However, there is an added cost that is the reprocessing of spent fuel. In this field there is the greatest ignorance, since although it can become U-238 Pu-239, nobody knows what to do with radioactive waste particles. Provisional solutions have been found, such as underground in great depths, but this path has its limitations. 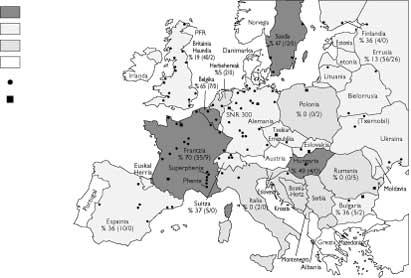 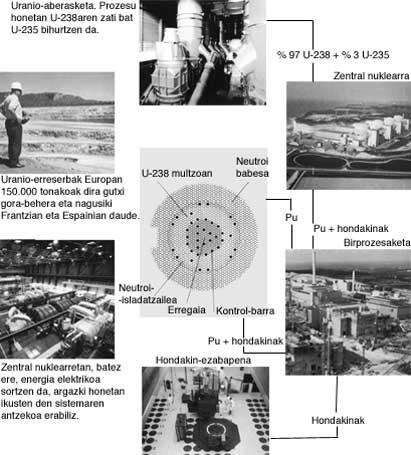