The Elhuyar brothers triumph in the darts 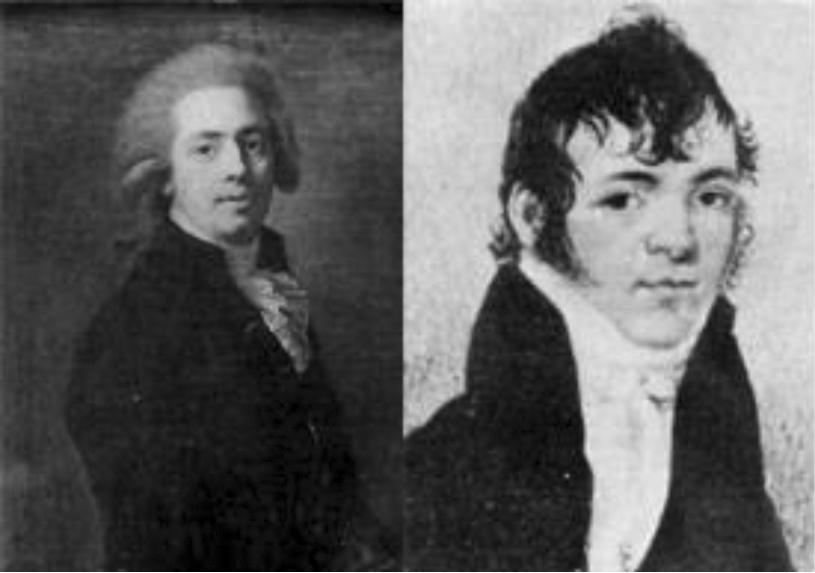 Portrait of the brothers Fausto and Juan José Elhuyar.

In sport, as in other areas of society, the influence of science and technology stands out. Changing the way to train and create new energy foods, science has managed to improve the performance of professional athletes. In addition, the improvements made thanks to the new materials and designs have been very evident in the sports in which devices such as cycling, formula one, javelin launch and pole jump are used.

The contributions of Basque science have also had much to do in the world of sport. In this sense, in this article we will talk about the wolframio discovered by the Elhuyar brothers. Once the history of the discovery of this material has been summarized, the main characteristics of wolframio are discussed. To finish, we will explain what the revolution consists in the sport of darts, and we will talk about the technology of darts.

The discovery of the Elhuyar brothers

Scientists from northern Europe who investigated the wolframite first suspected the existence of wolframio. Peter Woulfe was the first English chemist in 1781. In the same year, chemical pharmacist Carl Wilhelm Scheele and chemist Torbern Bergman obtained tungstic acid in Sweden, but they were not able to isolate metal from acid. 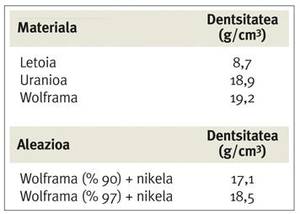 The table shows approximate mass densities of different materials and alloys. By increasing the percentage of tungsten alloy increases its density.

While working in the Bergman laboratory, Juan José Elhuyar obtained 1 tungstic acid on his own. However, until 1783 the Elhuyar brothers did not manage to isolate wolfram with charcoal in the chemistry laboratory of the Royal Seminary of Bergara. A while later, the discovery of the Elhuyar brothers was published in the main European scientific journals, and the news spread throughout the world.

The term tungsten is often used to designate wolframio. This word comes from Sweden and means 'heavy stone'. This word clearly explains one of the characteristics of wolfram, since it is a very high density metal (about 19.24 g/cm 3 is the physical density of pure wolfram, 2.44 times higher than that of iron). To this we must add that this metal has a very high melting temperature (about 3.422ºC). On the other hand, it is a material of low toxicity. For example, uranium has a density similar to wolfram, but being a radioactive material, it is not useful for many applications. 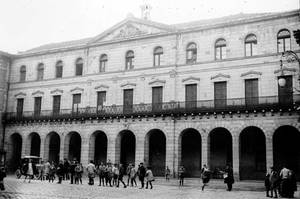 Born under the protection of the Real Sociedad Bascongada de Amigos del País, XVIII. In the twentieth century, the Royal Seminary of Bergara. The seminar was taught by leading researchers of the time. Ed. Indalecio Ojanguren/CC-BY-SA

In most of the stages of the darts tournaments, the aim of the players is to get the maximum score (the so-called twenty triple is the one that gives the highest score in score). Players have to throw three darts in each round, so the darts that are stuck in the bullseye become obstacles for those who are missing to throw. Keep in mind that the triples so important in the game have a very small surface (approximately 310 mm 2). Consequently, the thicker the vibros are, the more difficult it is, in principle, to obtain high scores.

Traditionally, brass has been used in the construction of dart barrels, since 2 is a very simple material to work mechanically. However, darts constructed with this material usually have an excessive volume.

As explained above, wolframio has a very high mass density and a low toxicity. It is, therefore, an ideal candidate to build darts. The first commercial tungsten dart was launched on the market in 1972, when the average scores of professional players increased considerably. At present the contribution of wolframio to dart play is not questioned.

Wolfram is a very hard material, but at the same time fragile. Alloys are used to deal with this problem. For example, alloy with 80% tungsten and 20% nickel is one of the most used in vibration. The density of this alloy is approximately twice the density of the brass. As the technology of the construction of darts advances, it has been achieved to work in alloys of higher content in wolfram and darts have been constructed that approach the density of pure wolfram (alloys of up to 97% of wolfram have been successfully used to make darts). 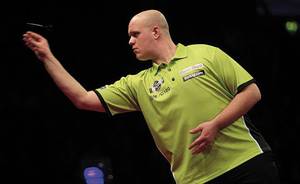 Dardoena is a highly professional sport in which the most important competitions are held in the United Kingdom, Holland and the United States. In the picture, darts player Michael van Gerwen.

The future of dart technology

Although it seems that the Darts have played technologically, the engineers of the most prestigious darts firms do not stop working to improve them. For example, they continue to investigate a lot in the field of aerodynamics. On the other hand, we know that there are many people who have nickel allergy. A possible solution is to use copper instead of nickel, but this option is not widely used. Instead, in recent years, the use of layers (coating) has been investigated. Some dart manufacturers have developed titanium nitride layers to cover the barrel. In addition, these layers improve the adhesion of the darts (grip). Finally, it is interesting to mention that the combination of wolframio and rhenium has allowed to manufacture barrels obtaining a higher mass density. However, the rhenium is a very scarce and expensive material. It is not yet very clear whether the high economic costs involved in the use of rhenium justify the low improvement achieved.

As we have seen throughout the article, the discovery of the Elhuyar brothers and other technological solutions have had a great influence on the sport of darts. It remains to be seen the way forward in the future by the technology of darts. What is clear is that technology can continue to benefit from sport. 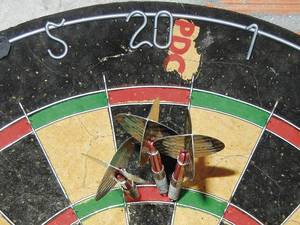 The high density of the wolframio facilitates the obtaining of high scores. In the image you can see the maximum score (one hundred and eighty points). As the difference between professional players is not very big, this type of details are important. Ed. Valley of Edorta

1 To obtain the technical information necessary to improve the system of cannon production, Juan José Elhuyar worked as espionage throughout Europe for the Spanish crown. On this journey, the oldest of the Elhuyar brothers was in the schools of the prestigious chemists Bergman, Hjelm and Scheele.

2 Players grab the dart by barrel. Brass and wolfram are very slippery so it is necessary to work the barrels to create elements that increase friction.

Scheme of a dart.
The barrel has most of the mass of the dart. The barrel mass is usually 14-18 g in darts with plastic tips to ensure the integrity of the electronic target. On the contrary, metal tip darts cannot exceed 50 g. The distribution of the mass can be homogeneous throughout the barrel or concentrated in some area of the same. They are usually selected based on the player's shooting technique, both the barrel mass and its distribution.

Darts make scales when they go in the air.
Azkona is an element that binds the barrel and the pen (nylon and aluminium are the most used materials in the construction of tiles) and can be of several lengths. The function of azkona and pen is to stabilize the dart flight, since the dart is swinging (wobble) during the flight. Although the dart flight is basically parabolic, it oscillates horizontally and vertically, being able to rotate on its axis. By properly combining the azcona and pen, players can adjust the entry angle of darts to the target.