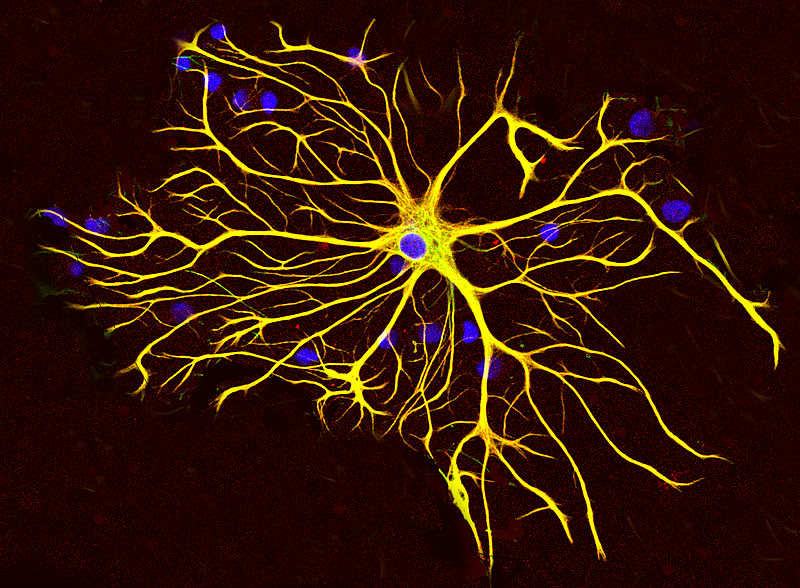 Astrocytes are essential in the functioning of the brain and UPV researchers have seen that they have much to do with the development of Parkinson. Ed. Wikimedia Commons

Parkinson is a disease related to the damage to brain neurons: in the dopaminergic neurons a protein called alpha-synuclein is accumulated, so the neurons are degenerating and dying. Thus, they cannot produce dopamine, which plays a fundamental role in movement and cognitive function. But neurons are not the only brain cells involved in Parkinson's disease. Neuroscientists at UPV-EHU have suggested that some brain glia cells are also critical. In fact, they have shown that dysfunctional astrocytes increase the usual neurodegenerative process of Parkinson and contribute to the extension of Parkinson's disease.

Astrocytes are very abundant in the brain and provide nutrients and energy to neurons. They also serve as support for neurons. Therefore, they are essential for the proper functioning of the brain. So far, however, research to understand Parkinson has been aimed at investigating the death of neurons. Seeing that astrocytes can also have a lot to say, researchers from the UPV Department of Neurosciences are investigating.

“We have worked with rat cells, both with neurons and astrocytes, and we have been able to determine that dysfunctional astrocytes are able to contribute to the transmission of toxic alpha-synuclein protein and to promote the death of neurons,” explains researcher Paula Ramos González.

On the other hand, astrocytes have been created from surface cells of patients with Parkinson and it has been observed that astrocytes with mutations cause a large amount of oxidized proteins compared to healthy astrocytes, potentially toxic to cells. Astrocytes with mutations have been raised together with neurons and it has been shown that when neurons grow with mutated astrozites, the risk of death of neurons increases considerably.

It is still necessary to deepen and carry out new experiments, but the researchers have proposed a possible therapeutic objective. More information is available on the UPV website. 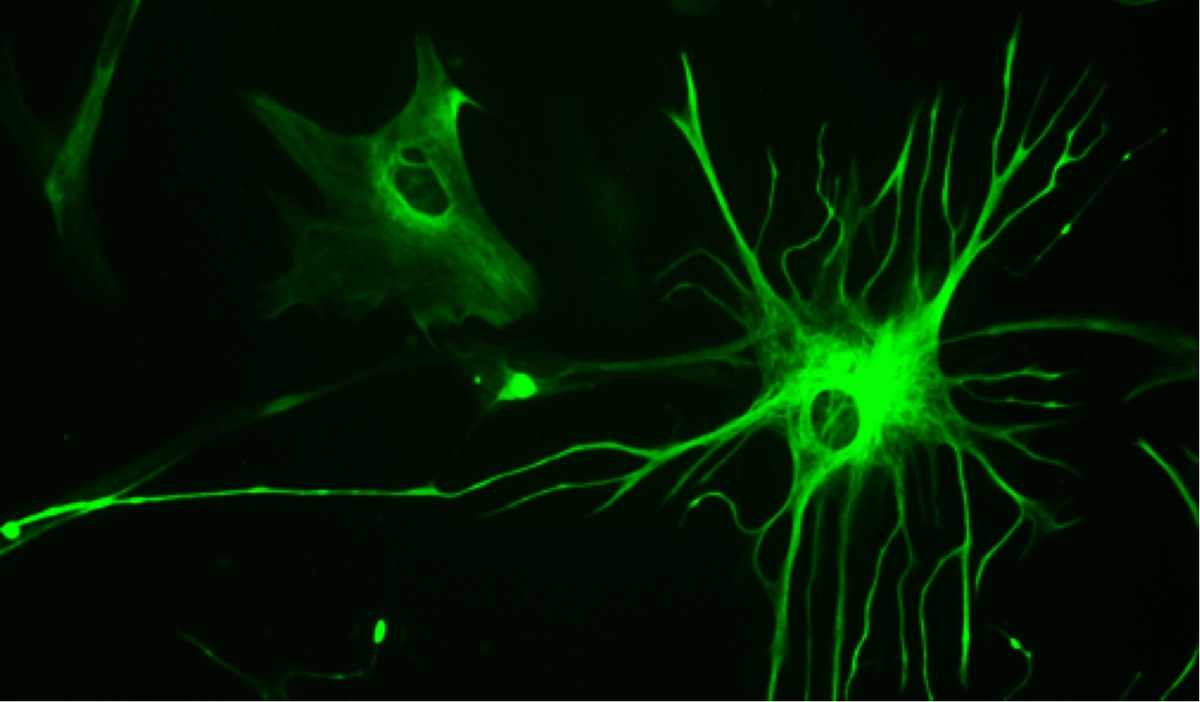 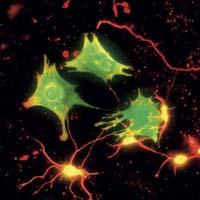