Exotic solar system: rings around an asteroid and a new body in the fog of Oort

The journal Nature has published today two articles on two discoveries of the Solar System. The first protagonist is the Kariklo object, as astronomers at Brazil's MCTI observatory have detected that it has rings around. Until now only rings have been detected on the giant planets of the Solar System. The second protagonist has been detected in the limits of the Solar System by astronomers of the Gemini Observatory of the United States, in the fog of Oort inside: 2012 It is called VP113 and is equivalent to the dwarf planet Sedna, detected in the area ten years ago. The discovery would indicate that Sedna is not the only body like him in this area. 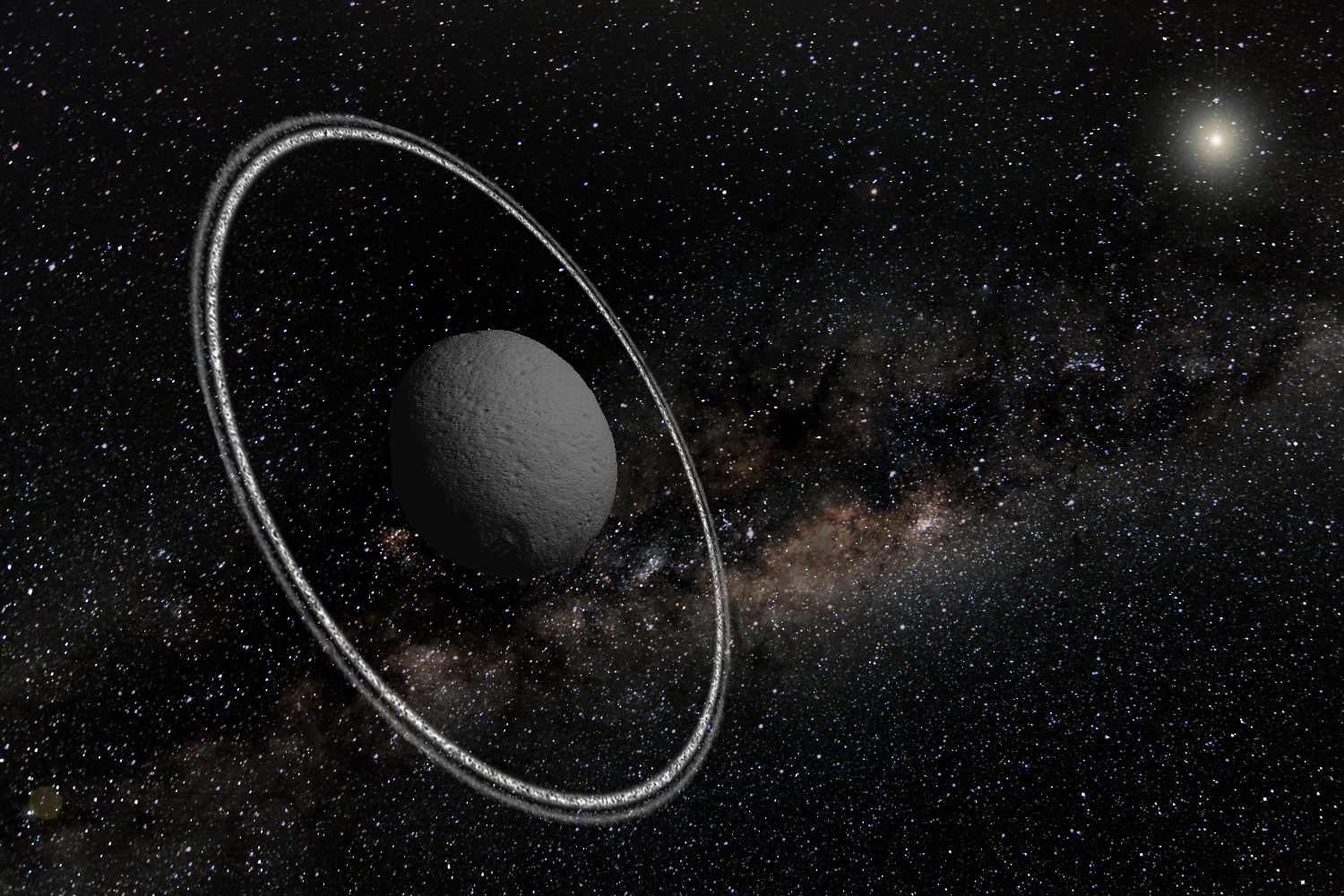 An illustration of the centaur Chariklo and its rings. Ed. Lucie Marquet

Kariklo is the largest body of the centauri group (with a radius of 124 km) and was first detected in 1997 (centaurs are called small objects between Jupiter and Neptune, which look like asteroids, but many also act as comets). In the follow-up that has been done since then, astronomers have detected a series of “rare” data that now have their explanation: The Caricle has rings around.

The finding is the result of observations made on 3 June 2013. That day was to pass in front of a Kariklo star, and astronomers at Brazil's MCTI observatory had many telescopes ready to hide through 1,500 kilometers of South America. Hiding is a common observation technique for astronomers. Measuring the changes that occur in the light of the hidden star by the object, astronomers obtain information about the object. In this case, the aim of observation was to refine the size of Kariklo and determine its appearance, but Kariklo had a surprise to astronomers.

The results of the concealment have shown that the Carllo is surrounded by two high density rings, one of 7 km wide to 391 km and another of 3 km wide to 405 km. The hypothesis of the rings coincides perfectly with the one observed when hiding and with the anomalies detected in the signals of Kariklo. In fact, between 1997 and 2008 the brightness of the object gradually decreased and the ice signal weakened, while since 2008 the opposite was occurring. The rings explain well why this was seen from Earth as the relative positions/orientations between the Kariklo system and Earth change.

Astronomers still do not know how a tiny system of these rings emerged. Joseph A. Cornell University. According to astronomer Burn, “taking into account the low relative gravity force of Kariklo, it does not seem very likely that the rings have been created together with the object. Surely, these rings were created by an event parallel to the catastrophic shock that our Moon produced,” he wrote in an article published in the journal Nature itself. But it is not the only option.

“The detection of rings around the Kariklo will surprise many researchers on the planets — the article concludes. But the exploration of the planets has always been like this: of the theoretical ideas few have come searches that have given their discoveries, on the contrary, this type of discoveries are usually the way to new knowledge”.

A member for Sedna

In addition to the rings of Kariklo, Natura has announced today another object of the Solar System. 2012 It is called VP113, has a diameter of 450 kilometers and, together with Sedna, orbits very far around the Sun: 2012 VP113 approaches the Sun at maximum 80 times the distance between the Sun and the Earth, while Sedna approaches 76 times that distance. 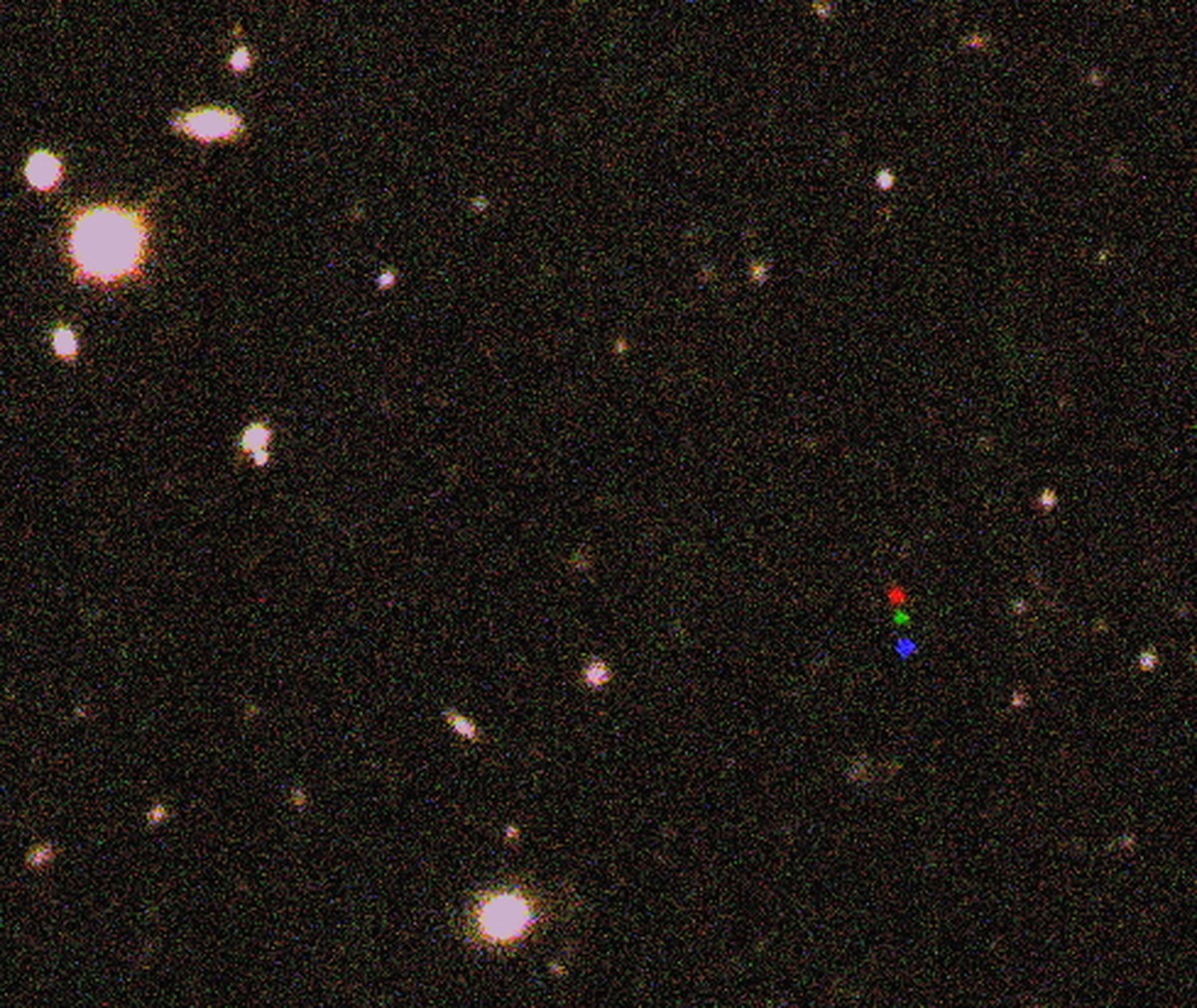 When Sedna was discovered in 2003, astronomers proposed that in this area of the Solar System there could be more objects. This zone of the fog even farther away from Oort, origin of the comets of long period, and that of the giant planets, was called fog of Oort inside, and posed various hypotheses on how they arose and why there were those bodies in that area. But during these 10 years no other object similar to that of Sedna has been detected. 2012 VP113 is the second and will be very useful for astronomers to continue to know this field so far and exotic.