On 18 November, NASA launched the satellite Cosmic Background Explorer (COBE) from the Californian base in Vandenberg. The three satellite experiments are designed to conduct studies on the origin of the universe.

The Microwave Differential Radiometer will admire the entire sky to detect the brightness differences of the background radiation. The Remote Infrared Absolute Spectrometer will measure the brightness of the background radiation in certain directions and infrared wavelengths. You want to see if you have the spectrum corresponding to 2.7 K. Going above would mean that the universe has more energy than expected.

The third instrument is the Deep Infrared Diffuse Experiment, which aims to detect the infrared light emitted by the first galaxies.

The last two experiments require a very cold environment. Therefore, they must be isolated from heat sources. The detectors are immersed in a large thermos, in a Dewar boat full of liquid helium. The detectors are kept at a temperature of -271°C. Liquid helium, of course, evaporates and mission designers believe that helium will last a year. Therefore, the life of the COBE satellite is quite limited. 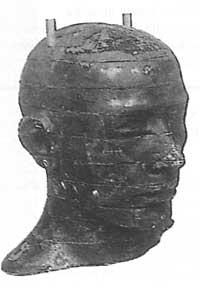