Remains of drugs and solar filters in fish 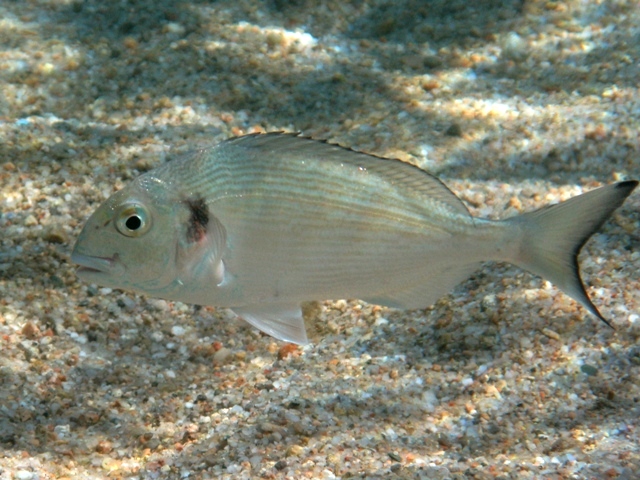 They investigate how they accumulate in the gilded. Ed. Roberto Pillon/CC-BY-3.0
UPV researcher Haizea Ziarrusta Intxaurtza has shown that antidepressant amitriptyline, antibiotic ciprofloxacin, and ultraviolet oxybencona accumulate in fish. In addition, it warns that these contaminants cause side effects in the plasma of fish, brain and liver.
The presence of these contaminants in the Bilbao estuary has been analyzed by Ziarrusta and his team in the study of the condition to fish. Specifically, in the Maritime Station of Plentzia there have been experiments of exposure with gold to evaluate the bioaccumulation of amitriptyline, ciprofloxacin and oxibencona and their distribution in tissues. “In addition, we have analyzed the biotransformation of these pollutants and we have characterized the degradation products and, finally, we have studied the changes at the molecular level that can cause these contaminants in the fish,” explained Ziarrusta.
According to him, there is still much to be investigated, especially considering that the consumption of these pollutants and their concentration in water is increasing. On the other hand, Ziarrusta has indicated that it is necessary to know if the pollutants that accumulate in the fish can reach human beings