This year 2021 is a historic year, not only because of the covid-19 pandemic and the U.S. Capitol attack, but because of the extreme cold wave caused by a strong storm called Filomena. What would you think of finding a naked body in the snow? You will probably think that you may be the victim of an attack. What if I tell him that person has intentionally been naked? The explanation for this irrational behavior is found in human physiology. 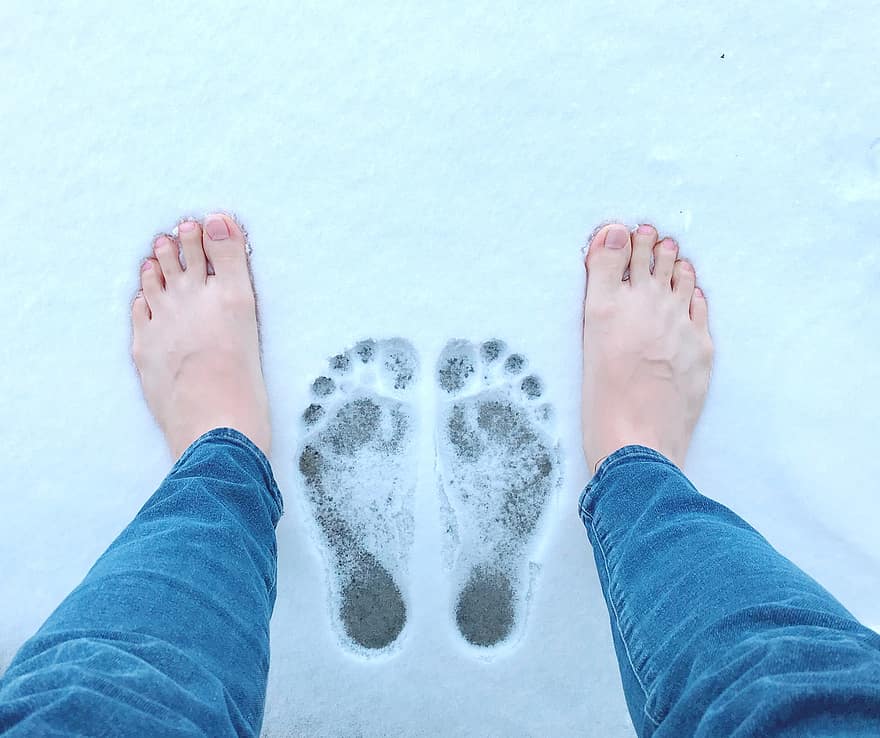 When the body temperature drops below 35ºC, hypothermia occurs and the body is not able to produce enough heat to properly perform the physiological functions. There are different levels of hypothermia due to the decrease in central temperature. Hypothermia is mild when body temperature ranges from 33ºC to 35ºC, with vibrations, clumsy movements and mental confusion. This mental disorder is known among mountaineers as innocent cold. Between 30°C and 33°C, hypothermia is medium and the above symptoms are accompanied by disorientation, somnolence and memory loss. Below 30°C is a severe hypothermia that causes loss of consciousness, pupil extension, low blood pressure and weakening of the heartbeat. Vital functions slow down so much that the subject looks dead. However, you may recover your functions as the temperature rises. Therefore, among doctors it is usually said that a hypothermia is not dead until the body is heated [4].

Several deaths from hypothermia have occurred throughout history. For example, in the Napoleonic invasion of Russia, thousands of French soldiers died in the winter of 1812, and many of the Titanic travelers died in 1912 because of their sinking into the cold waters of the Atlantic Ocean.

Did you know that 20% to 50% of the dead are “intentionally” stripped? [5, 6]. This phenomenon is known as paradoxical nude. This situation was first described in 1979 by Wedin, Vanggaard and Hirvon [7] and has ever been seen among the mountaineers at high altitude [8].

Paradoxical nude consists of removing clothing in hypothermia. This activity does not seem logical, since body temperature decreases even more rapidly, aggravating the situation. How is it possible that someone who is dying cold decides to get rid of clothes to speed up hypothermia and cause her death? To understand this mystery, first of all, we need to know how our body is protected from the cold.

How does our body detect temperature changes?

Human beings live in a dangerous world. As a risk defense mechanism, we have a complex sensory system that tries to avoid exposure to these harmful agents. Temperature is one of the factors that can endanger our survival if it is too high or too low. The human body has an excellent perception system that allows us to avoid excess heat or cold and is also able to differentiate a range of non-dangerous temperatures.

Neurons are very important in temperature perception. There are some types of neurons that are sensitive to thermal stimuli that send information from the peripheral tissues to the spinal cord and brain. It integrates and interprets temperature as thermal information and initiates physiological processes to protect it from cold and thus maintain balance (homeostasis).

What do these neurons have to detect temperature changes? Proteins acting as ion channels, called TRP, active with temperature [9]. The first channel of this family found was TRPV1 (Transient Receptor Potential, Vanilloid 1), based on research with capsaicine, a chemical compound found in spicy peppers such as Chinese, responsible for the sensation of heat we feel in the mouth when eating spicy food. This is how heat-sensitive proteins were discovered. From the cloning of TRPV1, 6 TRP channels have been described that respond to a wide range of temperatures [10]. These include the ANKTM1 channel that is activated at temperatures below 17ºC. When the organism approaches low temperatures, this channel is activated and protective mechanisms are put in place [11, 12].

What physiological processes are underway to protect our organism from cold?

The organism has several mechanisms to keep its temperature within limits. The mechanisms that protect us from cold are mainly heat generation and limiting heat loss. The temperature regulation system consists of cutaneous and hypothalmos thermoreceptors and an integrative center located in the hypothalamus. Thermoreceptors activate the primary vibration motor center in the hypothalamus. Signals are sent from neurons to skeletal muscles to cause rhythmic contraction. Skeletal muscles at rest produce 20% of body heat. When cold it increases muscle tone in the distal parts of the body, which raises the basal production of heat by 50 to 100%. Extending this increased tone to the proximal muscles produces a vibration. Vibration increases 2-5 times the production of heat, so the central body temperature rises 0.5°C. The intensity of vibration depends on the interaction between the cerebral cortex, the anterior hypothalamus and the cerebellum [13]. This situation can be prolonged over time, resulting in high energy consumption [14, 15].

The mechanism for not losing heat is peripheral vasoconstriction. Blood moves from the extremities to the internal vital organs. Thus, external body areas act as isolators to protect internal body areas [3]. On the other hand, metabolic and endocrine changes such as increased adrenal activity (adrenaline release and noradrenaline), release of thyroid hormones, increased basal metabolism and heat production are underway. Finally, we cannot forget the behavioral thermoregulation that leads us to choose the right environment, food and clothing to protect us from cold [16].

What happens when hypothermia stays in time?

Hypothermia causes functional damage to the cells due to changes in the fluid and electrolyte balance and oxygen consumption that cause cell death. At the cardiovascular level, blood pressure decreases and cardiac output may cause arrhythmias. [Respiratory distress]. It increases diuresis in the kidneys, increasing the risk of dehydration. Changes in memory, reasoning and consciousness occur in the central nervous system [15].

From the physiological point of view, we can find two explanations to explain the irrational behavior that leads to undressing the victims of severe hypothermia. One explanation may be that the brain area, the hypothalamus, which regulates body temperature, is uncontrolled when the temperature drops below a point. The hypothalamus works like a thermostat. When the thermostat doesn't work properly, it may indicate it's hot (and the person feels like this), but it's actually freezing. According to some studies, the hypothalamic temperature regulation center may be unbalanced by an injury caused by subarachnoid hemorrhage [17].

Another explanation is found in the blood vessels. As discussed above, as the body cools, the blood moves from the extremities to the internal vital organs. Surely we've all realized that the body parts that cool down first are the feet and the hands. The purpose of this mechanism is to protect vital organs. The problem arises when hypothermia and peripheral vasoconstriction persist for a long time. What happens when blood flow is reduced in outer areas? Due to vasoconstriction, the amount of blood reaching these muscles is much lower and they run out of sufficient energy. Finally, these muscles relax and the opposite effect appears: vasodilation. Consequently, the warm blood inside the body passes immediately to the exterior zones, generating a strong feeling of heat, despite being hypothermia. So sometimes, the victims of hypothermia take their clothes off, even if their body temperature is falling. This worsens the situation and ends with death.