The challenge of recent years: the liberalization of telecommunications

Today telecommunications is of great importance. For example, the phone is basic in daily life. But this is not alone. There are others who change our lives making it more comfortable: telegraph, fax, email, personal computer, mobile phone, radio messaging...

States achieved a monopoly on telecommunications for little effort and have maintained it until recently. This entails a number of problems: the evolution of lack of competition is deficient and prices are frequent in imbalance with the quality of services provided. By 1984 it was evident the need to change the structure of the telecommunications market, since the old system did not have sufficient flexibility. Nor did it offer the speed needed to develop new products and services.

Liberalization in Europe: a slow process 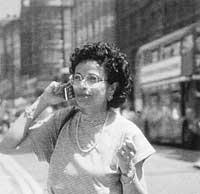 It was evident that for the evolution of telecommunications it was necessary to modify the existing regulations in their environment. Evolution began in the United States. The ATT (American Telephone Telegraph), which had previously monopolized, had to accept the free market pass. As for Europe, the winds of liberalization came later and the monopoly of the PTT (Post Telephone Telegraph, that is, of the public telephone organization of each country) for each country that has had for many years the most important role, is in a difficult task, especially because in 2000 it is expected that 60% of the European workforce is in telecommunications.

In the European Union (EU), meeting in October 1992, there was an absolute agreement. Everyone thought that today there are great barriers to the development of telecommunications. Some of the barriers were lack of advanced services, expensive fees to pay for services across borders, lack of high-speed leased lines, etc. On the other hand, telecommunication growth is 8.5% annually, leading the rest of the sectors.

Consequently, it is necessary to create a new regulation that promotes the correct development of telecommunications in the European Union. The commission presented different proposals to make the decision to be taken appropriate:

130 telecoms organizations (users, suppliers, operators, trade unions and professional organizations) agreed to decide which one was most appropriate in the proposals and considered necessary the liberalization of all oral telephony services. However, when deciding the steps and deadlines for this, there was no absolute consensus. 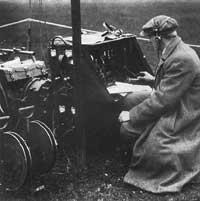 Marconi has rained a lot since his first radio broadcast. The modification of regulations for the development of telecommunications has been fundamental. The most important change has been the loss of monopoly by states.

This liberalization would allow economic advantages to appear as a direct consequence of competition, which would also intensify development through a faster renewal process, which would allow the user to choose the products and services that would be most suitable for him according to his needs and possibilities, and which, finally, would allow to distribute the national resource of such importance between public and private entities.

But it must also be said that it has risks, since greater competition generates the need for an environment of reflection due to contradictory situations between telecommunications organizations and the different market structures of each country of the community. Therefore, one of the main objectives of the regulation is to deal with the possible negative effects of competition.

Although the march of politics is more or less the one mentioned above, it does not conform to reality. As an example, it can be mentioned that since the markets of terminals and services were liberalized until the rules and organization were established to be able to set up a real competition, a lot of time was spent.

The efforts being made to open markets for products and services in the community and create the necessary conditions for competition between them to be transparent, have not yet borne the expected fruits. The actions that have been carried out to achieve a single market, that is, the distribution of functions of exploitation and regulation of services, the consolidation of markets, the creation of future markets, etc., have not increased supply nor have they generated market growth. But while real targets have not been met, market dynamics are causing structural changes in the sector.

The trends are clear. For example: industrial concentration, privatization of telecommunications operators derived from a more general policy of governments, association of service providers (access to third countries), etc. In short, this market moves more from the real situation than from the expectations of the future. 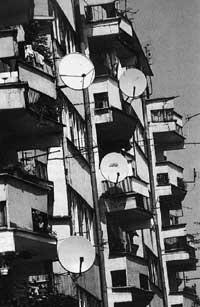 The process of liberalization in Europe has been slow. The closure of monopolies has been difficult because the states do not want to give up this big market. In 2000, 60% of the European workforce is expected to be in telecommunications.

In Europe at the moment GSM (Global System for Mobile Communications. In Basque, the Global Mobile Communications System, that is, the standard mobile telephone communication system, is the issue that has the most strength at the communicative level. At the end of 1992, nine countries began offering this service. GSM enables any user, country or country to use the system.

It uses digital technology and therefore brings together all the advantages it offers: better quality of service, better use of the radio spectrum, greater ease of maintenance and installation, greater security of communications, the possibility of connecting later to the basic telephone network and access to numerous services.

Starting in 1995 these services are expected to be used anywhere in Europe (and also abroad). For example, in countries such as Australia, New Zealand, Singapore, Latin America, the United Arab Emirates and other Gulf countries already have licenses to use these services. In a very short time, the proliferation of users makes companies have a great attraction to be able to exploit GSM.

As for the situation in the Spanish state, it is somewhat more delayed. According to the agreement in the European Union on liberalization, with the exception of telex, telegraph and basic telephony in Spain, the monopoly of Telefónica must be ended since 1924, but there is still much work to achieve this objective:

Different routes in the Autonomous Communities 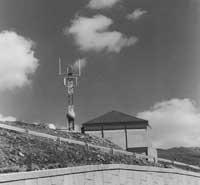 Wireless telephony is the sample of the liberalization process. Although the GSM model is expected to prevail in Europe, the road to homologation will be long. The second Spanish company competing with Telefónica will be Airtel.
In the image you can see the connection point of the company Telefónica for mobile phones

In the different Autonomous Communities the situation is not the same: each one is creating its own networks.

For now, only the Administration can enjoy the advantages offered by this new network. In addition, users will have to wait for liberalization to open.

The control of telecommunications systems in the Autonomous Community of the Basque Country will be carried out by the company Euskalnet. The implementation of the fiber optic network and the exploitation of the microwave network for the transport of voice, data and image are, at this moment, the main tasks that Euskalnet has in its hands.

After analyzing the general situation of telecommunications, it seems that both in Europe and the Spanish State has been developing at full speed. The best consequences of this race will be exploited by the user thanks to the stimulation of the competition. It is already clear that Telefónica is making efforts to offer good prices by participating in the free market and that the user begins to worry more about the services and prices that it can get.

For the moment, the Basque Government has begun to work so that this process does not change its hand. Taking advantage of its proper location, the network called Euskalnet is being built. However, as monopolies are about to end, it is clear that the only way to defend the telecommunications market in the future is competitiveness, and companies and public institutions must understand it so that the process is satisfactory.