Did the corn of America come?

A Galdar miller in Gran Canaria told me that the canaries knew the corn (in his words the millo) before America. On the one hand he was wrong, but on the other he was right. The current corn (Zea mays) comes from America. In that he was wrong. But earlier (Panicum millihaus) was the name of another plant and its fruit. The millet, called corn, was widely used at that time, even in most of Europe and Africa. When they brought a new plant from America, it caused the old to sink, as it was much more fertile, and stole his name, due to the resemblance of both plants. Nowadays the millet is not known to us (in much of Africa they have as base the food), if not to feed the birds, even if it is a rich, interesting and fast food. 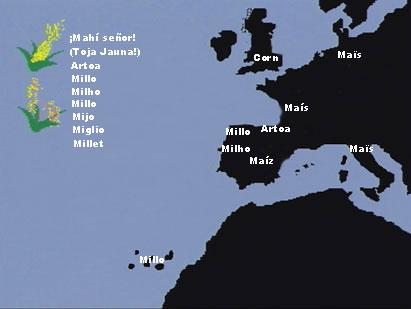 The men of Hernán Cortes, when they arrived in America, the dominated Indians offered them corn for the horses saying «Mahí Señor» (tori jauna). Hence its name in most languages. In our environment the only exceptions are Canaries, Portugal, Galicia and Euskadi. In it the corn (Zea mays) took the name given before to the millet (Panicum millihaus). The name of corn in English, corn, was also used previously by other cereals to designate the main crop of a given area. Following with the English, the mill is called mill. Has anything to do with millet?

Another important way to take advantage of cereals is pasta. Pasta in China has been known for a long time and it is said that it was brought by Marco Polo. But according to other sources, two thousand years earlier it was used by the Etruscans and before the Romans. There is no doubt that: In Italian cuisine pasta is very important and is increasingly widespread around the world, as it provides interesting, cheap, rich and fast food.

The pasta is made by mixing hard wheat flour and water, but in addition to using the other flour it had (rice in China), you can replace the water with oil or egg and mix the dyes (vegetables, sepia ink...) multiplying the possibilities of pasta. 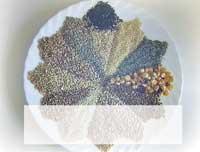 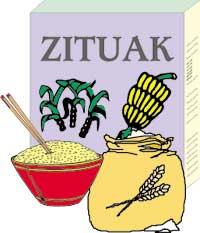