The Lady of Arlanpe, a unique example of Palaeolithic art, in the light

They report the discovery of a large stone with female engravings in the cave of Arlanpe (Lemoa, Bizkaia). The engravings are about 17,500 years ago and one of them is complete. It is a great discovery, since so far they have not been found on the peninsula. Thus, the geographical distribution and chronology of this type of art have been considered key. The research team, led by Joseba Ríos Garaizar, has been published in the journal Oxford Journal of Archaeology. 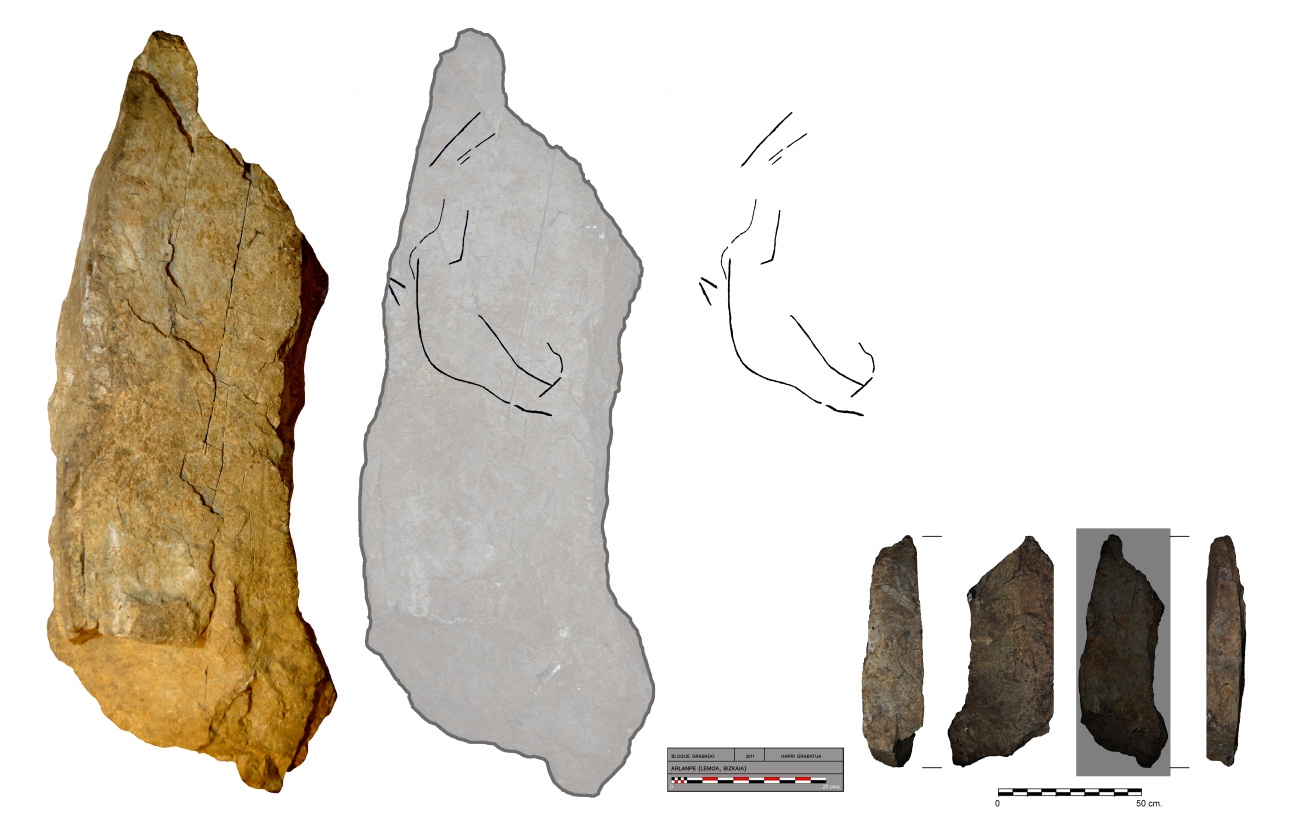 Photo and copy of one of the images. Ed. Diego Garate

The limestone block with engravings was discovered in 2011. In the words of Ríos, they felt “a tremendous emotion” and called him the Lady of Arlanpe, gestating to the Lady of Anboto: “Like him, he has been in the cave for thousands of years.”

The most difficult thing was to go down through the cave of “that bulging stone”, which has about 70 kilos. Female schematic engravings appear on both sides of the rock. In two of the figures only the first lines are seen, but another is complete. It presents the trunk, arms, legs and head, and the style coincides with similar engravings found in central Europe and France. They are from the Magdalenian era and the type Gönnersdorf-Lalinde. This would mean a cultural unity.

One of the engravings closely. Ed. Diego Garate.

The images of Arlanpe also have a peculiarity: It is one of the oldest figures of the type Gönnerdorf-Lalinde, about 1,000 years older than those of Gönnersdorf. According to the researchers, this, on the one hand, shows that this type of engraving is older than they believed, and on the other, it reinforces the hypothesis that it was born in the southwest of Europe and then, at the end of the last glaciation, the populations migrated to the north, spread.

Also mentioned is the function or meaning that the engravings could have. According to them, the presence of a rock engraved in a supposedly cynegetic place is not easy to explain, but may be related to the creation of a ritual space. In fact, they propose the same explanation for other places of the Cantabrian.

Together with Rios, researchers from the Museum of Archaeology of Bilbao, the University of Tolosa and Ikerbasque have worked, including Diego Garate and Asier Gomez-Olivency. The study, led by the Spanish Center for Research in Human Evolution (CENIEH), has had the collaboration of the Provincial Council of Bizkaia, the Basque Government and the Barandiaran Foundation. 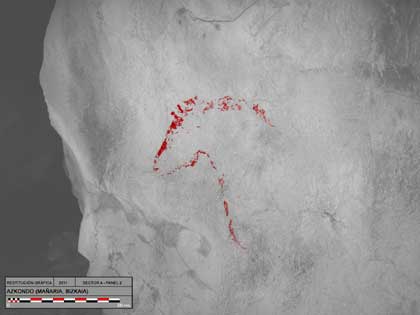