Antibiotics were born in the 1940s and have since been praised for their wonderful ability. And it is that they are able to destroy the bacteria without too negatively influencing the host cells. Since then, bacteria have also learned and developed resistance to many antibiotics. Consequently, its control is now more complicated. Due to this increase in resistance, mortality from contagious diseases such as tuberculosis has increased in the industrialized territories.

The most important mechanism for generating resistance to antibiotics is the appearance of resistance genes. Resistance genes produce proteins that protect bacteria from the action of the drug. How do these genes act? These proteins or molecules are able to degrade or transform the drug, making it inactive. Sometimes the antibiotic entry is removed or, what is more common, the antibiotic removal pumps are synthesized before the antibiotic performs its action.

How do bacteria get these resistance genes? The truth is that they can get them in various ways. Sometimes, the bacteria take these genes directly from their precursors. In other cases, genetic mutations (very common in the bacterial world) will be those that produce the resistant gene or are able to improve what already exists.

Where are these genes located? It is very common that these resistance genes are deposited in the plasma, that is, in the small rings of DNA. The second option is to integrate into the chromosome of bacteria. In this way, the resistant gene would be transported from generation to generation. On the other hand, the bacterium, through its contribution of plasmid, can transfer its resistant characteristics. This process is technically called conjugation. When the bacterium dies, its components are dispersed in the middle, so that another bacterium can take over the gene that has been released. This process is called transformation. On the other hand, viruses are also able to expel the gene from one bacterium to apply it to another. This last process is called transduction.

The use of antibiotics is also remarkable in livestock. As we have been able to read in recent days in the newspapers, antibiotics have been detected in the pork meat consumed. These drugs are used in small amounts and for a long time (weeks or months) to prevent infections and accelerate livestock growth. But that is the best way for the body of these animals to form resistant bacteria and then pass to the man who eats their meat.

On the other hand, in our society many times patients do not finish the antibiotic treatment and keep the leftover medication to self-medication in the future or give it to their families. In these cases, the doses of drug used are usually less than necessary. This inadequate dose is not able to completely eliminate the cause of infection and will allow the growth of more resistant strains.

Undoubtedly, when the antibiotic reaches a group of bacteria, it is able to destroy those that are very sensitive. But bacteria that were resistant from the beginning or that have subsequently been able to develop resistance (by mutation or genetic exchange) can be kept alive. Therefore, the selection process is very clean and if a group of bacteria is placed in front of the antibiotic, the most resistant will be able to discard the others.

All these problems make it necessary to devise solutions for the control of resistances. First, it is necessary to provide aid to farmers and farmers to find cheap and useful alternatives, both to stimulate livestock growth and to protect the fruits. For example, raw fruits and vegetables can be cleaned to remove traces of antibiotics and remove resistant bacteria.

On the other hand, patients should receive treatment properly (to ensure the destruction of all pathogenic or harmful bacteria). Also, in case of chills infections or other viruses, they should not take antibiotics because antibiotics do not act against viruses. When small wounds can be used topical antibiotics, but to use hand cream it would be convenient that these were not antibacterial agents (currently very common in these creams).

On the part of physicians, measures should be taken to reduce resistance due to the use of antibiotics. As far as possible, the pathogen or tractor-bacteria should be identified before starting treatment, so that a specific drug can be made. Doctors should provide enough antibiotics to completely remove the infection, but without killing other auxiliary bacteria found within the human body.

Pharmaceutical laboratories are launching new drugs to solve this serious problem. But the development of these drugs goes very slowly.

The solution to the problem of resistance lies, therefore, in the good use of antibiotics, so that they are able to destroy sensitive bacteria. This serious problem has now spread to the drugs used to treat viruses, fungi and parasites (for example, the resistance of the human immunodeficiency virus to TR).

Two years ago, in a book published (The Plague Tales) appeared a great hoar: XIV. a 21st century disease called black plague. What would happen when in the twentieth century antibiotics have lost all their effectiveness? Who knows! (Fortunately, the book was science fiction). 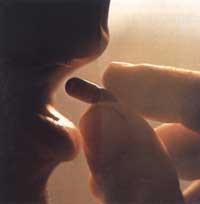 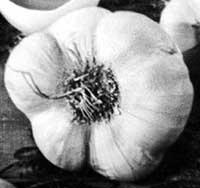