Although the potentialities and achievements of artificial intelligence are undeniable, their use also raises doubts and controversies, such as medicine or justice. The European Union has therefore proposed legislation to protect AI Act from the risks of artificial intelligence. There are, in any case, other questions such as, for example, art: Are texts, images or melodies created through artificial intelligence art? And does the recipient perceive them as being made by a human being? Doctor of Psychology Ujué Agudo Díaz, who has investigated the perception of receptors and Martin Etxauri Sainz de Murieta “Txo! Artist and researcher has some answers. 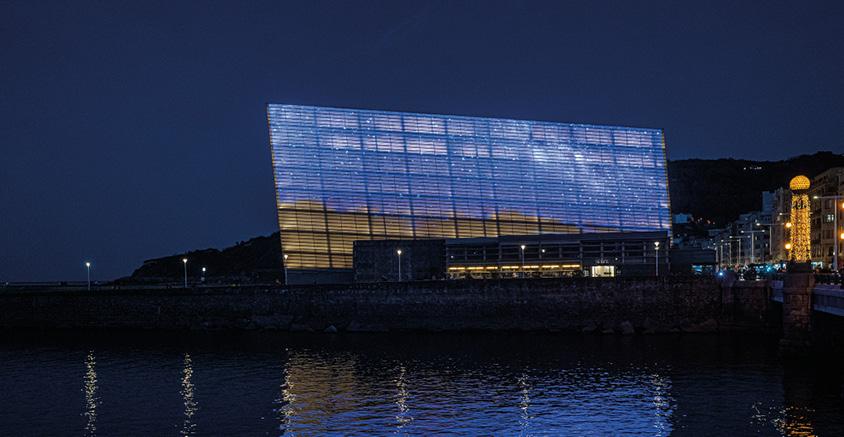 Txo follows the trajectory of artificial intelligence in art closely. So far, he has worked particularly hard on generative art. “It’s fundamentally based on the algorithms I create. These algorithms receive inputs or inputs, random or otherwise, through which you produce what's not something that I've generated directly myself. Art through artificial intelligence enters into generative art, which is why I am interested in it,” he explains, and recognizes that he is eager to get into it.

On the other hand, Ujué Agudo began to investigate during the execution of the doctorate in psychology among artificial intelligence, specifically in the perception that the receiver has of it. He first investigated the influence of recommendation algorithms on user decisions, such as social media or contact seeking applications (Tinder). In addition, I wanted to know if users' opinion about the algorithm can influence. For example, he saw that because algorithms are attributed to objectivity and neutrality, recommendations are followed more when deciding who to vote than when making an appointment with someone, because the latter is associated with emotions (and algorithms are not supposed to know about emotions).

He jumped here because he was doing his thesis at the Bikolabs by Biko generative art lab. Thus, he wanted to investigate whether a piece produced by artificial intelligence is valued in the same way knowing that it is created by artificial intelligence or is believed to have been performed by a person and what nuances there are in that perception. 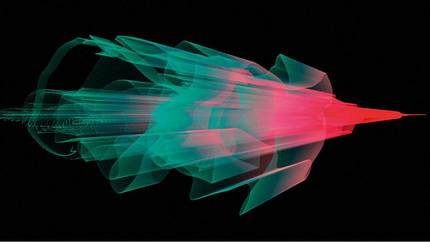 What art is, what creativity is.

Traditionally, creativity has been considered a specific trait of the human being. From this point of view, machines (artificial intelligence) are not capable of making art. For Txo, on the one hand, the debate on the definition of art is still open and, on the other, it would be necessary to specify what creativity is.

Txo has also defined creativity: “From my point of view, creativity is the ability to seek solutions. So I'm going to get wet, and I think machines are creative, because with them are solutions that we wouldn't think otherwise. And artificial intelligence has an ability that we don’t have to find and find other solutions.” 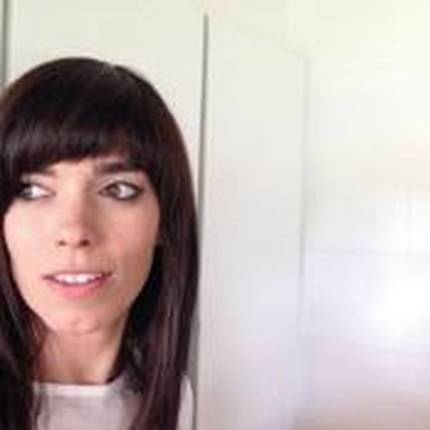 Agudo has shown in his experiments that perception is affected by the recognition by the taker of the participation of his creativity in artificial intelligence. “Those who believe it is capable of generating artificial intelligence value the work better. However, it is complex and, among them, the litigation of copyright is confused. It is not the same as considering an instrument as accepting the agency. To have copyright over a work, a person must be behind it.” However, Agudo believes that there are still many people who have not realized that behind artificial intelligence there are people and are not as neutral as they believe.

Artificial intelligence artists are clear about that. For example, Txo values his ability to offer shortcuts: “It provides significant and interesting shortcuts, collaborating in creative processes. Creative processes have always had a special aura, they look like something mysterious, and sometimes it's the artist himself who pushes this vision. In addition, there is a tendency in society to take responsibility and attribute it to algorithms. For example, when we hear: ‘I can’t do this operation, the algorithm or the machine doesn’t allow me.’”

Apart from this, remember that creative processes are very diverse and that all kinds of means are used to help, from throwing the dice to consuming substances that transform the perception of reality, to leaving to the public where and how to follow. “In this sense, artificial intelligence is very helpful and provides many shortcuts, that is, it gives you many ideas, as if you were doing a brainstorming with lots of friends.” 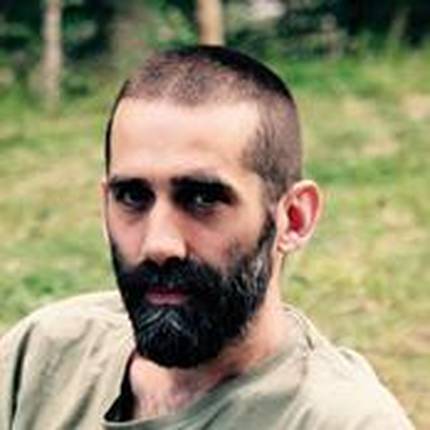 On the other side of the coin, there's another, less interesting use for Pat, where artificial intelligence is used to have templates. “The truth is that artificial intelligence has an enormous capacity and that, in addition, the big companies that create these templates capture countless amounts of data. As a result, the result is truly spectacular and anyone without knowledge or skills can do something apparent. However, the use of templates leads to homogenization and hegemonic stomach”.

But what value is given to works created through artificial intelligence? Do they perceive themselves as those made by a person from start to finish? In response, Agudo conducts two experiments with Miren Arrese Álvarez, Karlos G. Along with Liberal and Helena Matute Greño, thanks to the collaboration of the Department of Experimental Psychology of the University of Deusto and Bikolabs by Biko.

He explains that not many experiments have been done before to see him: “There were, for example, experiments to measure the quality of the work, or to find out whether an artist had done it for himself or through artificial intelligence. It's significant that in those experiments, if he liked work, he was believed to have been a human being. However, the conclusions did not seem to us to be very strong, as all of them showed the work done by humans and by artificial intelligence, and it could not be known whether they were actually able to distinguish the type of author and to what extent this influenced perception.” 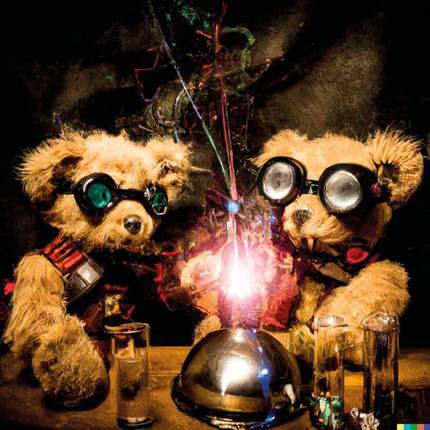 Thus, the group of Agudo decided to show participants a single job, namely a video, consisting of images and music, generated through artificial intelligence. “Experimental manipulation consists of commenting on participants that one group was built by man and the other by artificial intelligence. And we asked them to answer how excited they were to see the play and how sensitive they were to the author.”

So they said that those who believed he was a human were more excited than those who had been told he was by artificial intelligence. In addition, this first group attributed more sensitivity to the author than the second.

Subsequently, a new experiment was performed to corroborate the results and analyze some variables. “In previous studies it focused on variables such as quality, taste, truthfulness… We decided to gather some of them to be able to compare with other studies, such as the quality and intensity of prototypical emotions. In addition, in the end, we asked them to what extent they recognized the creative capacity of artificial intelligence.” 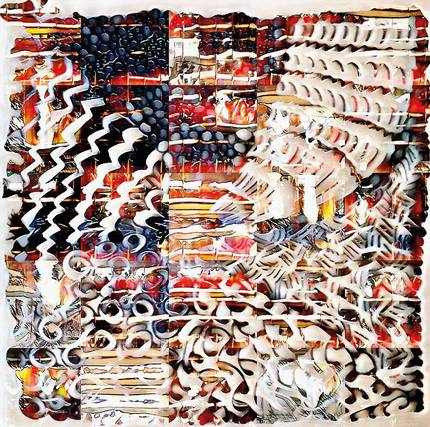 In this second experiment, the same results were obtained and, in addition, if it was considered to have been done with artificial intelligence, it was considered to be of lower quality. But the more he recognized the creative capacity of artificial intelligence, the more they shocked, the more they sensitized the author and believed it to be of higher quality.

Finally, the two groups were told that they had been confused with the author and that just the other way round. Those who believed that it was what man had done, when he said it was what he had done through artificial intelligence, retracted and did not recognize him as emotionally as before. Therefore, they were able to conclude that in assessing the work, our prejudices towards artificial intelligence have a direct influence.

Txo emphasizes that these investigations do not question whether they consider artificial intelligence as an instrument or whether they perceive it as an autonomous system. Its impact is therefore still to be measured. By the way, she warns that: “It has to be borne in mind that the idea that artificial intelligence is autonomous is not an idea without intentions, it is an idea promoted by large companies and institutions that serves to release responsibilities.” 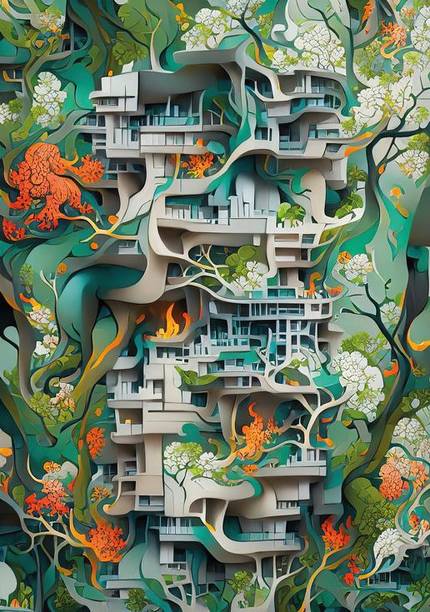 Apart from that, he does believe that as the use of artificial intelligence spreads, percussion with it will change. He gives some examples from the past to believe: “When the photograph was invented, hyperrealistic painters rejected it. The same thing happened between the designers of the age of the cube, the ruler and the legend, when the self-editing programs appeared ... That is, before the advent of artificial intelligence, we were already told that what we do is not art, but giving a computer button.”

He also recalls that the emissions in the perception of a work do not depend only on the nature of the author, that is, whether it is a machine or a human being; even when the author is a person, the perception depends on our prejudices about that person. “If graffiti is from Banksy it stays on the wall. If it is for a stranger it is erased.”

It says that right now, while artificial intelligence is being created, two phenomena are occurring simultaneously. “On the one hand, there are artists who are using artificial intelligence as a tool to create works of art. They, of course, are very clear that it is the author who uses the instrument. But on the other hand, and at the same time, there are a lot of people who, using tools like Dall-e, are creating and creating images, as if it were an issue. For me, the interest is in the text that is given to the Dall-e tool to create an image, there is creativity and intention or will.” 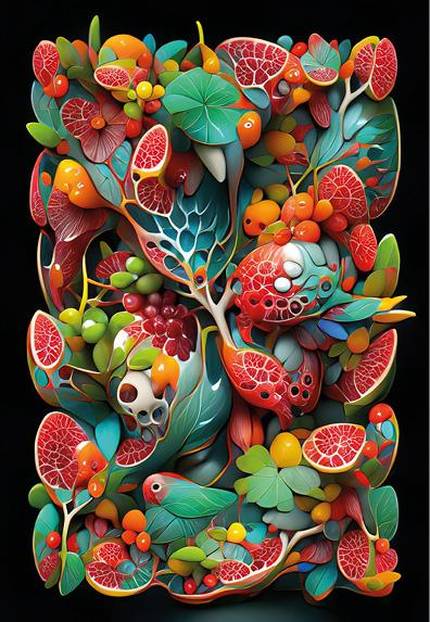 And all of this is combined with availability. Dall is apparently free and what Google has created now, Image. “But from whom do you feed? And who can use them afterwards? For example, at the moment, Dall-e is not paid, but its use is limited by invitation and is only available for non-commercial work. At any time you can turn it into payment. To whom will they be available?” asks Txo. Agudo asks another question: “Will there be a chance to intervene in them?” For Txo the key is there: “What capacity it has to intervene in the process, there are many differences there.”

In short, Agudo has stressed that creativity is a gradient, as is the case with many other themes and concepts. “Not all human beings are creative and not all machines are uncreative. In my opinion, artificial intelligence is a powerful tool, and denying its use in art would mean losing opportunities.” The key will be the degree of involvement of the artist, in his contribution. But it's certainly a useful tool.

Agudo recalls a quote by composer David Cope. Cope uses artificial intelligence to compose music and says that not using the programs she created would be like making a shovel and making the hole by hand.