50 brilliant years of science and technology

This year's Nobel laureates will soon be delivered. Since 1901, and in compliance with the wishes of Alfred Nobel, authors of scientific, social or cultural advances that “benefit humanity most” have been granted. Of these, the journal Elhuyar focuses on three areas: physics, chemistry, physiology or medicine. The 50th anniversary of Elhuyar is a good excuse to recall the progress of the last 50 years. 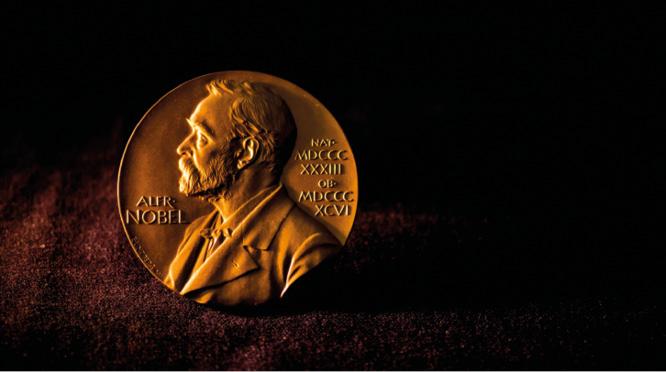 Creator of paleogenomics in medicine: [Svante Päbo]. In physics, the first experiments on quantum entanglement: Alain Aspect, John F. [Clauser and Anton Zeilinger]. And in chemistry, those who have developed click chemistry and bio-orthogonal chemistry. Carolyn R. Bertozzi, Morten Meldal and K. [Barry Sharpless]. These are the winners of this year. What about the previous 50 years?

When Alfred Nobel pointed out the fields he wanted to award, he first mentioned physics. In fact, the 19th. By the end of the 20th century, many people thought that physics was dominant in science, and the research of Alfred Nobel himself was intimately linked to physics.

In the year Elhuyar was created, John Bardean, Leon Neil Cooper and John Robert Schrieffer won the Nobel Prize in Physics for the second time. The first was granted in 1956, along with two other physicists, for their research on the semi-ages and their findings on the transsistor effect. Twelve years later, he shared the prize again with two other physicists, and then, to develop the theory of superconductors.

The prize of … demonstrates, therefore, that science advances on previous work. And it became even clearer the following year with the recognition of experiments on the tunnel effect of semiconductors and superconductors.

One year later, 1974, radio and pulse astrophysics was first recognized. The latter has caused criticism. And that is that the prize was awarded to Antony Hewish, without considering that this discovery was made with the student who was a PhD student with him and that, therefore, he also deserved the prize. Jocelyn Bell Burnell was a PhD student, and unfortunately, he wasn't the first and last time Nobel laureates dismissed a woman.

Research on superconductivity has more than once received recognition from the Nobel Prizes in Physics. In the Meissner effect photo. Ed. Mai-Linh Free CC BY-SA 3.0

Since then, space issues have not been foreign to the Nobel Prize in Physics. For example, the discovery of microwave radiation in the background was rewarded in the same pipeline. A work related to pulsars was reprimanded in June, while work related to background wave radiation was awarded in 2006. Cosmic X-ray sources, cosmic neutrinos, supernovae, gravitational waves, exoplanets, cosmological theory, black holes… have also been recognized for their most significant research.

But more than astrophysics have highlighted in the Nobel laureates research on the particles and subparticles that make up matter, which analyze their characteristics and the technologies developed from them.

Sometimes the award-winning works have been so revolutionary that they had no name before. In these cases, Elhuyar has given a quick and adequate response, proposing the term in Basque. Once again, leading and conjugating Basque and science.

In Alfred Nobel's statement on prizes, chemistry ranks second. Ultimately, he was a chemist, and he did a lot of research in this field. He also invented dynamite. The awards, however, have awarded research far removed from the line in which biochemistry has been worked.

They were also in this area, half the Christian B prize. They gave it to Anfinsen and the other half to Stanford Moore and William Howard Stein, all three also for their work on ribonuclease structure and function.

It is noteworthy that, both before and after, enzymatic works have been recognized as an example of their importance. Furthermore, many work has been rewarded for clarifying the relationship between structure and function, and many have been applied in all kinds of fields, from medicine to energy, archaeology, industry or the environment. 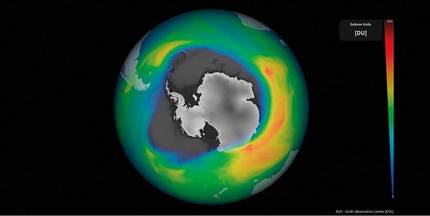 Since Copernicus was selected by the Sentinel-5P satellite, the ozone layer hole in 2020 was the largest in recent years. Ozone layer researchers won the 1995 Nobel Prize in Physics. Ed. ESA

In addition, COVID -19 has particularly reminded a Nobel Prize. Indeed, on this occasion, two prizes related to the chemistry of DNA were given, one dedicated to the inventor of the PCR method: Kary B. [Mullis]. Although very useful before the appearance of SARS-CoV-2, it has never had as much social impact as it is now.

The same is true of the Nobel Prizes for the atmosphere and the environment, where climate and the environment are in the midst of an emergency, so that the outstanding work in these areas is of full topicality. For example, the 1995 Nobel Prize: J. Paul Crutzen, Mario J. Molina and F. They were transferred to Sherwood Rowland for their studies on the generation and disintegration of atmospheric ozone.

And the 2019 Nobel Prize is also very present on everybody's everyday lives, John B. Goodenough, M. Stanley Whittingham and Akira Yoshino were awarded for the development of lithium-ion batteries.

Finally, the focus is on delivering the 2020 awards for the first time to two women without sharing them with men and together. Emmanuelle Charpentier and Jennifer A. Doudna, for the development of a genome editing method, also current: CRISPR/Cas9. This year Bertozzi becomes the eighth woman awarded in this category.

After advances in physics and chemistry, Alfred Nobel sought to reward those in physiology or medicine. In society, perhaps in this area there are the most known or recognized prizes, as it is easy to see that these investigations directly affect the well-being of people. 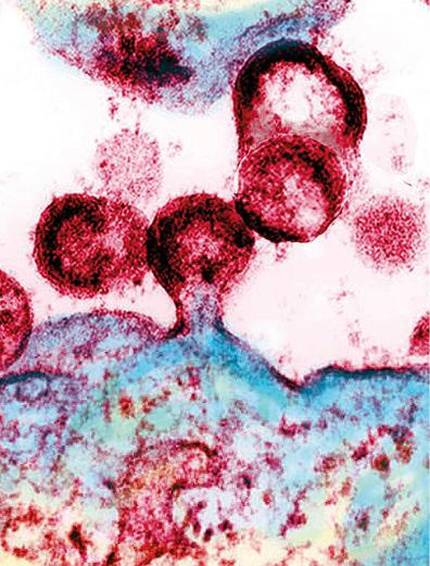 [Formation of HIV virions]. In 2008, the Nobel Prize in Physiology or Medicine was awarded to those who discovered the AIDS virus. Ed. NIH

Elhuyar, for example, Gerald M. Edelman and Rodney R. Porter won the Nobel Prize in Physiology or Medicine for his discoveries about the structure of antibodies. They also awarded the research in ac. These studies have played a fundamental role, such as the advancement in the knowledge of immunity or therapies based on monoclonal antibodies, increasingly used and promising.

Other works of immunology have been awarded for their part, as well as advances in many other branches, such as cytology, virology, endocrinology, genetics, senses, pharmacology, oncology, transplants, embryology, fertility, diagnostic methods, vaccines, parasitology, cardiology… and this year, paleogenomics.

However, this diversity is not reflected in the characteristics of the winners. Although in physiology and medicine women researchers are more than in other areas, the Nobel laureates do not notice. Only 11 women have been awarded since Zazkena was awarded in 2015. It was Your Youyou and they gave him the Novel for developing a malaria treatment. It is noteworthy, as is not usual, that Your Youyou is a Chinese researcher who has done his entire career as a researcher in China. What's more, he discovered the drug from his traditional medicine. In fact, almost all of the winners are white and of renowned and elitist Western research centres.

One more year they have all been like this, but two winners are partly stereotypical. And that is that Carolyn Bertozzi has openly demonstrated her lesbian status, and LGTBIQ is a benchmark in the scientific community. And Svante Päbok also declared his bisexuality in an autobiographical book. They are the first winners known as non-heretonorma.

Limiting the number of winners in each category to three does not correspond to current scientific activity, as researchers usually work in teams and networks.

In any case, it is undeniable that the advances they have rewarded - if not all, most - have fulfilled Alfred Nobel's promise to benefit humanity.