Yesterday the 2014 Ig Nobel Prize was awarded. Researchers who have measured the friction between the banana bark and a shoe, who have seen ugly or beautiful art works, which even changes the pain, or who have proposed that the excrements of children can be used as probiotics to make fuets. One more year, humor has been the protagonist of the awards ceremony, both by the organization and the winners. 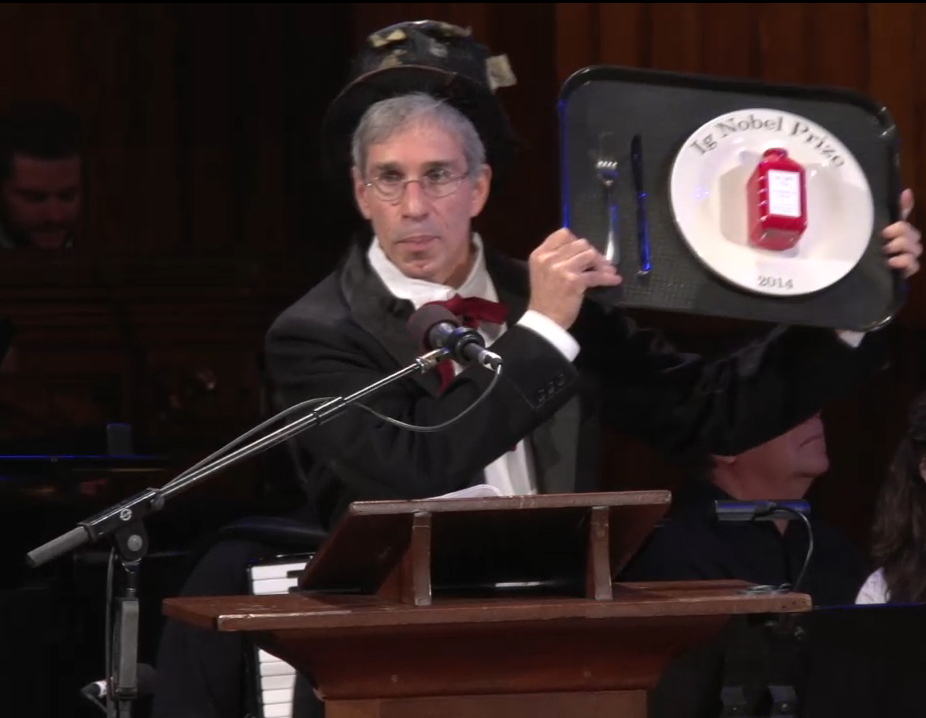 The Nobel Prize winners Ig reward the investigations that provoke the first laughter and then think. These are ten categories that were distributed yesterday, as usual, days before the Nobel Prizes were known. In fact, and following the custom, the Nobel Laureates receive them from the hands of the Nobel Prize.

The first to receive the award was the Japanese physicist Kyoshi Mabuchi. He has received the Ig Nobel Prize in Physics for investigating, when stepping on a person on the surface of banana on the floor, the friction between the banana skin and the shoe, and the surface of banana and soil. He thanked the prize in singing and highlighted the importance of the work done, using a drawing that shows that a banana bark can be an effective weapon to kill Godzilla.

Like Mabuchi, the rest of the winners received and thanked with good humor the Ig Nobel. For example, Kang Lee, representative of the award winners in neurosciences, gave viewers a relaxing message. The Chinese and Canadian research team has rewarded for investigating what happens in the brain of people who see Jesus' face on toasted bread. According to Lee, “Your brain is totally normal if you see faces that do not exist in everyday objects; in fact, if you do not see them, perhaps they lack a basic component of living imagination. But do not worry, I have good news for you: on EBAY you can buy toasters capable of making the face of Jesus for 49,99 dollars.”

Panceta to stop bleeding and ice to prepare fuet

Sonal Saraiya, Medicine Prize, thanked the cooking programs and grandmother “for putting bacon everywhere and teaching that things get better.” Saraiya and her co-workers have studied a very heterodox method to treat uncontrollable nosebleeds: occlusion with curated pancetas.

As heterodox as that of the winners in medicine, or even more heterodox is the proposal of the researchers of the research center IRTA of Girona, who have received the Ig Nobel of the category of nutrition as possible probiotic component of the fuet for proposing bacteria for childhood excretion. In the video sent to the awards ceremony, the researchers appear eating fuet, without determining if it was moss. 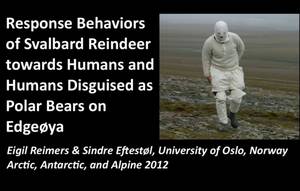 The Ig Nobel laureates more special categories every year. The Ig Nobel of Art, for example, has been for researchers at the University of Bari, to measure, while people were watching a shocking or beautiful picture, felt the pain they felt when they hit their hands with a powerful laser beam, since they do not feel the same pain, as they have shown in the research. The Ig Nobel Prize in Arctic Sciences has moved to the University of Oslo. There, researchers from the Biology Department have studied the behavior of snow deer before humans and men disguised as white bears. Would the participants, who would once wear a costume for science, have been taken from their heads?

Not only the messages of thanks, the live exhibitions of the award-winning works, the short opera about a couple who has decided to stop eating and start taking the essential nutrients through the pill... everything. Thus, the Ig Nobel Prize has shown again that true scientific studies, stereotypes about scientists and humour are ridiculous.