Tolosa celebrates all kinds of activities throughout the year, carnivals, choral competitions, etc. We can also include the activities of Nature that for eight years has organized the House of Initiatives of Toulouse. The main objective of the Zumardi conference is to inform the public about different topics. The organization recognizes, however, that there are many people from outside Toulouse who come each year. This year the theme is water and life. The Tolosarras have the opportunity to enjoy many activities thanks to the brave employees of CIT. The preparation of the natural days of Zumardi requires all year round.
CLIS

The House of Initiatives of Toulouse (known as CIT) was born in 1968. Participants worked voluntarily from the beginning, but the fruit has not been a joke. In the first years, weeks dedicated to mycology were organized, pioneering activity throughout the Basque Country. Fortunately, similar days have been organized in other towns and now it is another association of Toulouse that is responsible for this issue.

The main activities of the House of Initiatives of Toulouse are, at present, the choral competition, the International Puppet Festival, the popular Olympiad and the Zumardi Nature Days. We have focused on these natural activities, since this experience that has materialized over the years is now of high level.

Over the years there is an evolution. Pablo Dendaluze, a member of the CWI, explains: “At first we wanted to bring nature to children and young people with games, but over time that project has become a serious and enriching day. It’s all a serious job that speakers who have demonstrated their value and have a lot to say have gone through.” Outside of Tolosa there are many people who attend the activities that are held throughout the spring, as well as the exhibition that takes place inside it. The main contents of the received are distributed to different institutions and collectives, so it is evident that the echo of the Alameda is much broader than that generated in the municipality itself.

The first three years began to address general issues. These first actions focused on the future of living beings and the disappearance of some animal species. However, from 1993 onwards monographic themes began to work. Sole Martin organizes that “people are more interested in these specific issues.”

In 1993, the Oria River was fully studied in Alameda and in the same edition there was also an aerial wood exhibition at the Imakulada Konzepdion College; in 1994 there were organized a days on natural spaces in which the exhibition focused on beetles; in 1995 a very important topic was treated: waste. As for the exhibition, a group of photographs by Rosamond Purcell (last time at the Imakulada Konzepdion College) was presented, in which last year there was talk of sport and nature, with the last day lecture given by experts Joaquín Araujo and Miguel Delibes de Castro in the House of Culture. The center of the exhibition was the new palace of Aramburu, which offered us the possibility of seeing a beautiful collection of photographs entitled Amundsen deeply. 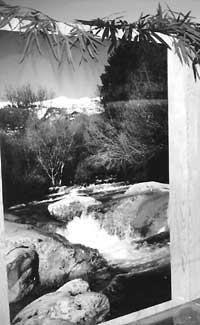 This year Water and Life was analyzed in the days that have been held from 19 to 25 April. Four round tables were organized: Water and Land, Water and Health, Water use and abuse and What about our coastline? with headlines. At the conference on 25 April, the prestigious Jesús Garzón Heydt spoke about the importance of traditional uses in nature conservation. This is, so to speak, the most crowded golden end of the last day.

Meanwhile, the exhibition “Fish in the Water” has been exhibited at the Aranburu Palace from 18 April to 3 May. The central axis of this year's exhibition was the simulation of a river. Using panels that facilitated public participation, the evolution and movements of the fish are explained. Many people approached the exhibition, with the group of schoolchildren from around the world having the largest number. In addition, they were given a card of fish and rivers to be filled at school. The organizers have tried to dive into this issue.

Although the objective was that the exhibitions of these years were related to the days, the organization has told us that it is difficult to always succeed. Normally, most of the exhibitions come from the National Museum of Natural Sciences in Madrid and this year it has also.

We cannot forget the competitions that are organized for schoolchildren. Writing and poetry prizes were initially awarded. The most successful competition has been the photographic rally, an activity that has liked the little ones a lot and that has had very good level in recent times. The winner of this year's photo rally was Amets Hilario. This year a new competition has also been organized, the film screenplay award for young people aged 14 to 17, in which the winners of the first edition have been Iñigo Telleria, Mikel Ibáñez, Iker Pagola and Unai Bilbao, with the script Nature Sport.

The House of Initiatives of Toulouse works without money to organize these activities. However, they are delighted and say they have received a good response from the people. Sole Martin says that “the role of the media is very important, because the fundamental thing is to fill the room at conferences. It is useless to make a large assembly if there are no people. We know they are not mass acts, but gradually people are increasingly interested in these issues.” 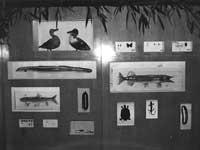 Schoolchildren have been able to see how the animals of the rivers are.
CLIS

The House of Initiatives of Toulouse is designed for the coming years. At the moment they want to deal with untechnical issues to attract people. Once a subject arouses interest in society, they are willing to work on it. They also plan to carry out complementary technical activities in the future, but they would take a long time to do so.

Despite the incidents, today the Zumardi days are in good health, with an increasing participation. Outside of it, Zumardi's name has gained importance in recent years. After turning from Tolosa, we can make sure that they are days of healthy and promising present. 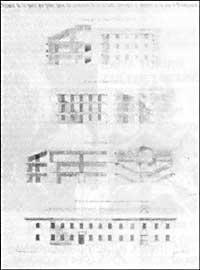