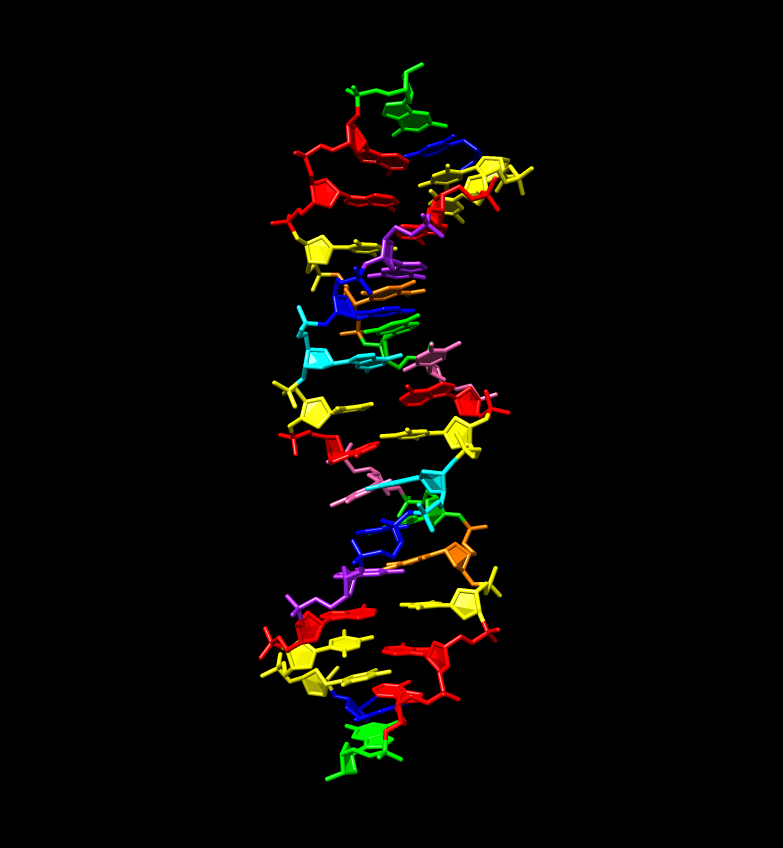 They have created an eight-letter DNA that, being able to encode more information, can be interesting to create synthetic life. Ed. M. Geolgiadis, Indiana University School of Medicine

Although the life we know is based on four DNA nucleotides, they have expanded the genetic alphabet from four to eight, creating a synthetic eight-letter DNA. The authors have stated that it maintains its vital support capacity, since it transcribes and manages to create RNA. Given the ability to encode more information on new DNA, it is considered to be useful for future applications of synthetic biology.

It seems that the new nucleotide analogs do not destabilize the double helix DNA, nor do they hinder interaction with the enzymes leading the transcription. Both characteristics are essential to serve synthetic biology. Now we have to see if they meet the third condition: interaction with enzymes that produce proteins from the RNA that is maintained.

Previously other researchers obtained a six-letter DNA, but it seemed there were problems to increase more. However, the Foundation for Applied Molecular Evolution of the United States has achieved this time.Published in the journal Science, Hachimoji has been called DNA.