Little presence of science in newspapers

According to a study by the Elhuyar Foundation, scientific news published in the newspapers Gara, Berria, El Diario Vasco, Deia and El Correo Español represented 1% of what was published between November 2003 and April 2004. 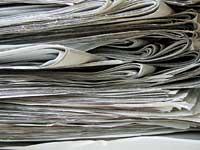 We have compiled the scientific news published within half a year and conducted several studies of them. We have analyzed the number of news, the format used, the news sources (whether they are from the Autonomous Community of the Basque Country or from outside), the language and the topics covered. We wanted to measure the presence and importance of scientific and technological issues in the daily written media.

In this period, 1,252 news has been published in these five Basque newspapers. Among them, Berria and El Correo Español have published the largest number of scientific news, 426 and 249 articles, respectively.

However, the number of news is not always a representative variable to measure the importance of science. Therefore, we have analyzed the number of pages that each newspaper offers to science.

Three newspapers have given more room to science. From more to less pages, are Berria, El Correo Español and Gara, with 175, 149.25 and 147.25 respectively. Taking into account this data, general data have also been extracted, since science only provides 1% of the news in the newspapers analyzed. 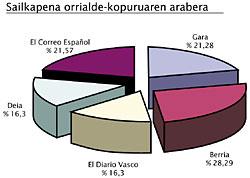 As for the presence of Basque, the Berria newspaper has given science the most space during these six months. Therefore, 38.02% of the scientific articles published are in Basque.

In the case of Berria, Gara and El Correo Español, most articles on science and technology are written by specific authors. However, newspapers do not reinforce scientific training (the figure of the scientific journalist is not usual). There is a great tendency to publish unsigned articles.

Few opinion articles, only 18. Therefore, although science has more and more space, the importance that science acquires in the field of opinion is small. This means that newspapers do not give the treatment they give to other areas, such as politicians, administrations, economics or sports. In addition, in opinion articles the opinion of researchers has little weight. 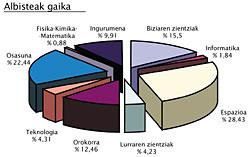 However, after collecting data from this research, the newspaper Berria has launched an opinion column on scientific issues. This column was built for years in Egunkaria and has now been wanted to recover in the new publication.

Newspapers deal with current issues, but even though current news is given in all areas of science, not all areas are treated the same way in newspapers. In order to have power in the media, the news must be largely marketable. Therefore, in the press, in general, the topics that are most published are those related to space and health; in this half-year analysis the same trend is observed.

Once the news is sorted by topics, this is evident. During these six months, Space (356 articles), Health (281 articles) and Life Sciences (194 articles) predominated. News related to the environment, despite being commercial, have not had so much presence (124 articles). On the other hand, the news of Physics, Chemistry and Mathematics have been very few, specifically 11 articles. Most have to do with Physics. During the first three months no article was published in this section. 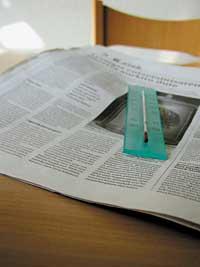 In newspapers the main criterion for measuring science is actuality.
R. Cardboard

On the other hand, the inclusion or not of scientific news depends on the importance that is given to them abroad, that is, if the media is ‘ambitious’ respond. In general, newspapers do not make an assessment of the importance from the scientific point of view, but this assessment is given from the outside. This work is done by agencies, authorities, specialized magazines and participants in congresses or conferences, among others. Press offices and information services are also responsible for this, since when there are media respond better.

During these six months there have been several lines of research that have had great relevance or repercussion in newspapers, such as research on Mars or avian influenza. Overall, research on Mars has had a major impact on the five newspapers. As for the news of the Autonomous Community of the Basque Country, it is worth mentioning the presence in the newspapers of the Science Week and the Basque Research Awards. 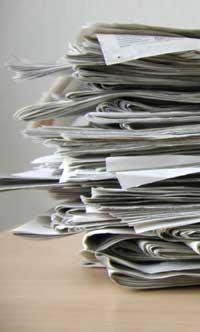 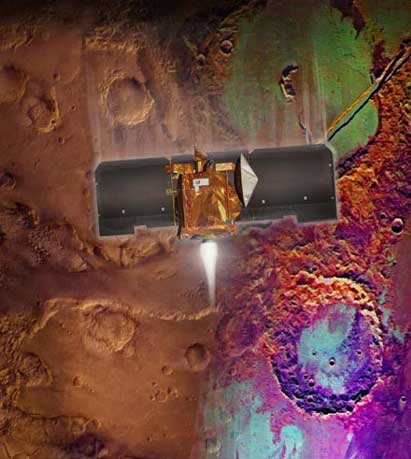 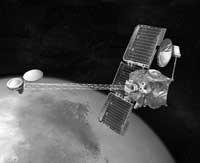