Science in the press

Does this research have a social impact? Can institutions communicate? What do the media care for and what not? Where do they get the information from? How is that information? Of trust? High level? Insufficient? Are there journalists specialized in scientific issues? To answer these questions, the Elhuyar Foundation has once again conducted a study of the newspapers that appear in the Autonomous Community of the Basque Country.
Scientific news in the press
01/07/2006 | Kortabarria Olabarria, Beñardo | Elhuyar Zientzia Komunikazioa 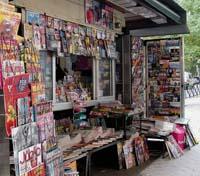 If you are looking for topics that have become stars, the seeker will not have to work hard to conclude that avian influenza has been the star. The ability of avian influenza drugs, migrations of birds, the appearance of the H5N1 virus in Africa, cases in Europe, analyses of two birds that allegedly killed diseases in Navarre... all have taken part in newspaper covers, often extensively and extensively.

With as much force as the star theme, but with some brilliance they have come to the newspapers: opinions on the ban on anchovy fishing, the scandal of Korean researcher Hwang, the new lost world discovered in New Guinea Papua of Indonesia, the starting point of the Galileo communication satellite network and the adventures of the probe Venus Express.

In addition to the general themes, the newspapers have echoed nearby issues, such as the projects of combined cycle plants that want to be carried out in both Alava and Pasaia, the earthquakes in the area of Itoiz or the injunction to close the spa of Orduña by legionellosis.

Apart from newspaper covers, the leading role of science and technology in newspapers is 1.96% of the total area of newspapers. Regarding the previous year, a slight decrease of half a point is observed, while with respect to the data of two years ago the rise is of one point.

Taking the newspapers individually, from the two previous study periods there are no major changes. The newspapers that devote more space to science are El Correo and Berria, and the ones that less El Diario de Noticias de Álava. The small cousin of the Alava newspaper, Noticias de Gipuzkoa, would form the family nucleus that devotes less space to scientific and technological issues. Meanwhile, in the row from highest to lowest place are the following newspapers: Gara, El Diario Vasco, El País, and Deia. 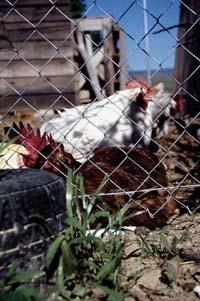 Avian influenza has been the star topic during the study.
MEC; European Union Media Library

In quality measurement, newspapers have obtained a score of 4.76 between 0 and 10. The score is not good, but it must be taken into account that it measures a level of elaboration higher than the quality of the written. And if you notice that more than 40% of the published in science and technology has been published in brief format, it is clear that conditions the score. In fact, in the short news there is no room for opinions, graphics, etc., that is, for indicators that condition the score. Therefore, the most direct conclusion would be that the short news formula is widely used in the dissemination of science and technology, and that the articles treated are intended for additives.

The data will prolong your brief response. Between December 15, 2005 and April 15, 2006, 2,552 works related to science were published in the press, written among 465 people. A circular division would allow each author to produce 5.4 articles, which means more than 0.2% of the total. But that is not true either, because there is a group of journalists who approach 10% of all works, that is, people who have written more than 25 articles. The list of names is as follows: Edu Lartzanguren of the newspaper Berria and

Arantxa Iraola, Alicia Rivera of the newspaper El País, Emilio de Benito, and Javier Sampedro, Joseba Vivanco of the newspaper Gara, and Luis Alfonso Gamez and Fermin Apezteguia, of El Correo and El Diario Vasco. More journalists have signed more than one article, but it is not very common. 249 people have signed a single job.

The above may not be all the data necessary to draw categorical conclusions, but they do give what to think. For example, the list of names itself is representative. In the previous two years these names were listed. This means that in Berria, El País, Gara and El Correo and El Diario Vasco there are people who regularly write about science and technology. They may not be specialized journalists, but they have the habit of writing about these topics. At the other end it has been repeated one more year: those who signed a single work highlighted.

It is another section that, unfortunately, has not undergone major changes compared to previous years: the language. The articles published in Basque were 19.24%, 3% more than the previous year. The increase has occurred, but it must be borne in mind that the study included the newspaper Noticias de Gipuzkoa, which has written several scientific articles in Basque. The language trends of the rest have not changed.

About 2% of the newspaper surface is devoted to science and technology.
MEC

And there is no incidence on issues. Newspapers focus heavily on Health and Life Sciences, while Physics, Chemistry and Mathematics do not.

Although the most important research tool has been newspapers, specialized scientific journals have also been consulted. The objective has been to make a comparison to know if specialized magazines and newspapers have the same points of interest. It follows that the news that has had a great importance for specialized journals has also taken place in newspapers.

Avian influenza or fraud by Korean scientist Hwang, for example, should be included in the group of those who have had repercussions. But another conclusion is that, although important, if the fact does not approach society, newspapers do not offer much space. The websites of Science now, Physicsweb, New Scientist, Nature news, Alphagalileo, Eurekalert, BBC news, and CNN have been consulted.

Methodology
The study has lasted four months and has been a continuation of the two exam periods that have been carried out in the previous two years. But they were six months old. Following the previous two, the latest study also analyzed newspapers published in the Autonomous Community of the Basque Country, including the new Gipuzkoa News. Along with them, El País has also been reviewed daily, as it is considered a reference in scientific and technological dissemination. However, in the results, the referentiality of El País in the daily edition does not appear at all, has achieved results similar to those of the rest. The Madrid newspaper has differences in supplements, it is the benchmark.
Continuing the path started last year, quantitative analysis has been completed with a qualitative analysis. Quality is spoken, but the truth is that the word is not very correct because with the work system used it indicates to what extent has been worked what has been written more than the quality of the written.
Each article has taken into account ten indicators: correction of contents, mention of sources, reliability of sources, collection of expert opinions, contrast of writing, information beyond the news, support of written explanations with adequate graphic explanations, quality of graphics, understanding what is said and correction of the correct, simple or clumsy way of writing.
In addition, the origin, location, surface, theme and language of each article have been taken into account.
Kortabarria Olabarria, Beñardo
Services
222
2006
Other
032
Other
Article
Other