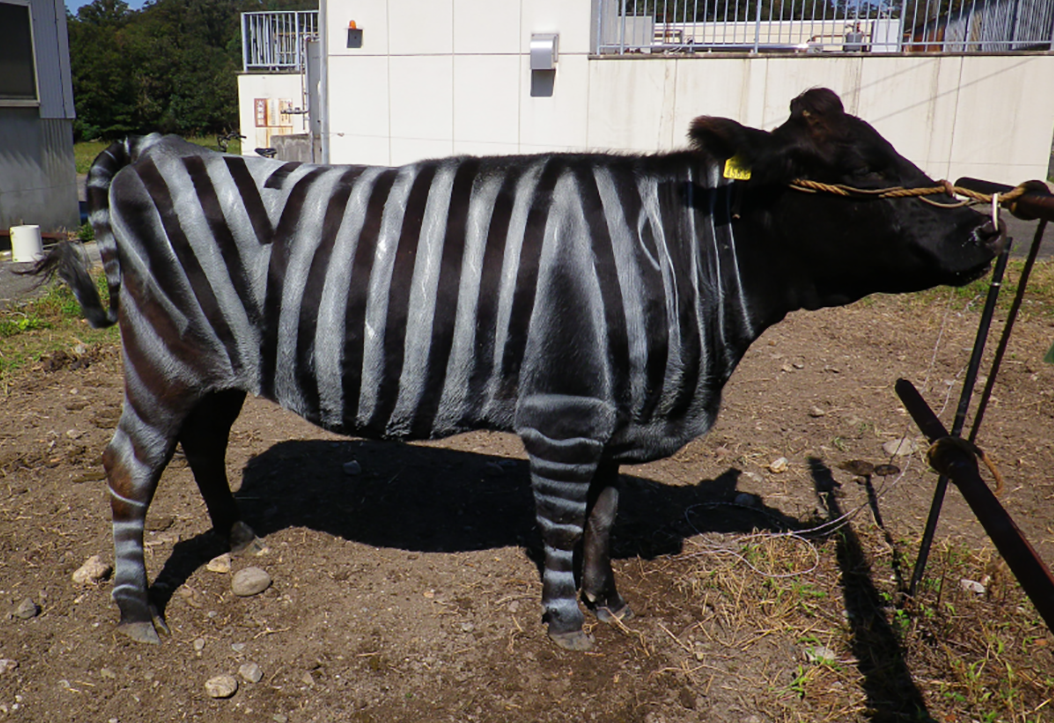 They have shown that the skin in the form of zebra throws away insects. Ed. Kojima T. et al.

The researchers have proposed several hypotheses to explain the function of zebra lines. They suggest that they serve to camouflage, combat heat and scare insects, among other things. Now, in a study with cows, it has been shown that a zebra appearance is effective in avoiding insect bites.

The researchers have stated that cows painted in zebra form have received a number of bites much lower than that of the other two groups. Less mandeulis have been placed over (50% less) and have not had to make as many moves as others to scare away insects. This has also helped them to be quieter.

Taking into account the results, researchers have suggested that striped cows may be a suitable method for replacing insecticides.