Several laboratories, each for their part, are working to get vegetables or fruits that, like vaccines, contribute to protecting diseases. According to them, it can be an adequate solution for the lack of vaccines in developing countries.

In developed countries, many infectious diseases that were previously very serious are controlled by vaccinations. But in many parts of the world they have not produced, bought or distributed vaccines and every year thousands of children and adults die from diseases that here are overcome. The World Health Organization (WHO) has long warned of the need to develop cheap, easy to use and effective vaccines, and some researchers consider that the solution can be in genetically modified edible plants.

Fresh fruit and vegetables instead of punctures

Plants that want to be developed to replace normal vaccines should provide permanent protection against a certain disease after eating a quantity. That is, like other vaccines, they must be able to produce an immune response. To do this, they must have antigens that put this response in place.

These antigens are, in general, proteins that contain microorganisms or toxins that cause the disease. Although the disease is caused by the entire infectious agent, sometimes this protein part is enough to get an immune response. Therefore, the plants that contain these proteins would be totally safe, since they have no risk of disease. 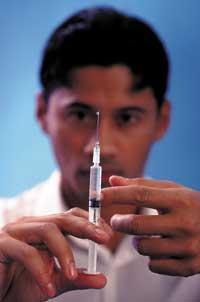 Most classic vaccines carry the entire microorganism that produces infection, dead, or weakened.

Most classic vaccines carry the microorganism that produces infection, dead or weakened. Others are made of antigenic protein, safer and more expensive. In addition, all must undergo other processes that embody the vaccine. Among them is the purification, since in many occasions the vaccine is carried out through animal cells or microorganisms, so it is necessary to ensure that there is no other contamination, since otherwise the vaccine is at risk of spreading a disease.

It is quite accepted, for example, that the Human Immunodeficiency Virus (HIV) reached the human being along with the polio virus vaccine. The anti-polio vaccine was developed at the Wistar Institute in Philadelphia in the 1950s, using the renal cell cultures of chimpanzees. Between 1957 and 1959, the anti-polio vaccine was tested in Congo with one million human beings, and with it AIDS spread. It seems that an evil of chimpanzees passed to humans.

With plant vaccines all this is overcome: they carry only the antigenic part, plant viruses do not affect the human being, they do not need special technology to grow, they can be produced where they are needed, they should not be stored cold, they are very stable, sterile syringes are not needed, a same plant can contain antigens for more than one disease, they are appropriate for those who are afraid of the... In short, they are cheaper and safer, at least that is what their authors say.

However, the most interesting thing is that they can affect the immune system of mucous membranes. Many infectious agents penetrate the body by mouth, nose, or other holes. Therefore, the first barrier found is the mucosal membrane that covers the respiratory, reproductive and digestive systems. When the mucosal immune system is effective, it produces fluidifying antibodies that divert infective agents in those passage zones of the body. In addition, it encourages systemic response so that cells of the immune circulation system can cope with remote invasive cells.

Injected vaccines prevent the mucosal membrane and do not stimulate the immune system of mucous membranes too much. But plant vaccines, being in direct contact with the digestive system, would strengthen both immune systems, both mucosal and systemic. Therefore, they would protect many harmful microorganisms, including diarrheics. In developing countries, the diseases that cause diarrhea are very serious, since many times there is no possibility to hydrate properly and, finally, patients die from diarrhea. Therefore, the vaccine against these diseases would be a huge achievement. 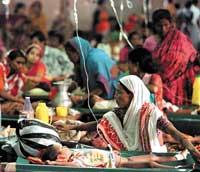 In developing countries, thousands of children and adults die because of the year-end casualties.

Other research, through genetically modified plants, is oriented towards passive immunization. These carry antibodies instead of the antigen that promotes the immune system response. The antibodies fulfill the function of destroying the agresor microorganism, so when ingesting the plant gets an immediate protection of the disease. However, this protection lasts little time.

How are they done?

The first transgenic plant was not reached until 1983. Since then much has been advanced and there are already more than 40 transgenic foods willing to test in humans. Some of these foods are plants that work as vaccines.

Plants themselves do not produce antigenic proteins used in vaccines. This is achieved by introducing the gene that encodes this protein in the plant's DNA, so, along with all other components, it produces the antigen. Yes, plants cannot produce any antigen, it is necessary to meet minimum requirements. On the one hand, it is necessary to know precisely what is the gene that encodes the antigen and get it introduced in the DNA of the plant.

On the other hand, once introduced in the plant's DNA, the antigen gene must be correctly indicated. And if taken by the mouth and passed through the digestive system, the antigen must conserve the ability to produce immune response.

Several researchers believe that vaccination with food would be easier and safer.

To introduce the gene of the antigenic protein in the plant's DNA, two techniques are mainly used: one is through agrobacteria and the other consists of bombarding plant cells with particles carrying the gene. Both systems are not used exclusively for the performance of vaccines, but for the introduction of any other gene.

Through agrobacteria, it takes advantage of the process that takes place in nature. When agrobacteria contaminate a plant, part of its DNA is introduced into the DNA of the plant's cells. If the antigen gene is added inside the normally introduced part, the gene passes along with the bacterium's DNA to the plant's DNA. In this way, vegetable cells are transformed.

The other system seems to be more aggressive, as cannon and projectiles are used. In addition, it is not as accurate as the other, since it is not possible to predict which part of the plant's DNA will add the antigen gene. The bullets are of gold or wolframio and on the surface they carry the DNA that is wanted to introduce in the plant. The bullets are thrown with a cannon against the cells and penetrate strongly into the vegetable cells. Subsequently, the antigen gene is introduced into the nucleus and added to the DNA of the plant cell.

Once the cells have been transformed, the whole plant must be developed and the gene is correctly manifested. To do this, adequate promoters are needed. The promoters also get the antigen to be in the edible part of the plant.

Not everything in favor 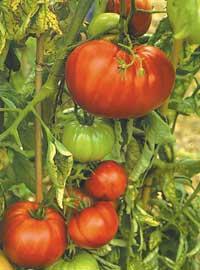 One of the plants transformed to work as vaccines is tomato.

However, the introduction of fruits and vegetables as vaccines means overcoming many limits and solving many doubts. For example, you have to know how the amount of antigens collected is measured and how much the immune system response influences. On the other hand, it is not clear whether there will be interaction between other components of plants and antigen, or whether the changes suffered by plants during storage will affect their effectiveness.

Furthermore, we must ensure that an adequate level of efficiency is achieved and, in almost all cases, auxiliary substances are needed to increase efficiency. Nor should we forget the problem of tolerance: if the body does not react to the proteins of the plants is because it has tolerance for a long time, so even before or after, before these proteins that now apply to them, man can become tolerant.

However, the main doubt that is posed to many is basic and much simpler: as we know, one of the most serious problems in developing countries is hunger, how to give bananas or tomatoes to put in and not to remove hunger?

Pharmacy in the transgenic field

The preparation of plants that will fulfill the work of vaccines does not seem easy, but good results have already been obtained. The first research was carried out on legs and tobacco, for their easy growth and for the good knowledge of their DNA. Then it has been eaten raw and has been tested with plants that can like the public, such as banana and tomato. For example, it has been introduced in tobacco and on the legs the catheter gene of the diarrheal virus Norwalk, the gene of an antigenic part of the toxin of the bacterium Escherichia coli, the gene of subunit B of cholera toxin, the gene of a protein of hepatitis B... 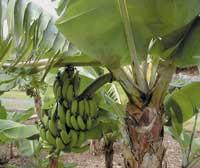 Banana is suitable for carrying antigens inside, because it likes children and because it grows well in many developing countries. But it takes two years to give fruit.

In laboratory animals it has been observed that these plant vaccines produce a persistent immune response, among other things, against rabies and Helicobacter pylori bacteria that produce ulcers.

In humans, the first test was performed in 1997. In the Institute of Plant Research of the University of Cornwell potatoes were developed representing the gene of the catheter of the Norwalk virus, meals for three weeks by a group of 20 volunteers. The result was very good: Two months later, 19 out of 20 volunteers had a high degree of blood antibody. In addition, they also found antibodies in their stool, which indicated that in the intestine there were many immune cells. And they barely had side effects.

The latest news comes from the universities of Rochester, Cornell and Tulane. Their scientists have jointly obtained transgenic potatoes that protect against the human papilloma virus. This virus is spread sexually and is associated with uterine cancer. At the moment they have tried it in the mouse and, although there will be many steps to try it in humans, there are those who have awakened hope.