Titanium: the metal of this century

Since the beginning of the ndustri revolution metals (mainly steel) have been used in all applications. However, when we talked about “metal”, until recently we always thought about steels.

A few years ago aluminum was used, initially in the aeronautical sector and then in many everyday applications. Today, it seems incomprehensible to us to maintain our level of comfort without mentioning aluminum: transportation, windows, kitchen utensils, food, etc.

In addition to steel and aluminum, there is another metal that is increasingly being used, although it still has little importance in our daily life. This metal is titanium.

An Englishman named Gregor discovered titanium in 1791, and seven years later Germanic Klaproth called it based on classical mythology. However, this new metal spent 150 years without knowing any industrial application. In 1938 Wilhem Kroll invented the industrial procedure to obtain pure titanium from the mineral. This was the way to start using titanium in technology.

Titanium began to be used in the turbines of warplanes.

II. After the World War, and due to the great expansion of military aircraft, low-density metals or light metals are being investigated. These metals are aluminum, magnesium and titanium. Of these three metals, aluminum and its alloys began to be used immediately in aircraft, such as fuselages. In this way, compared to steels, aircraft weight was reduced and fuel consumption was reduced. The same reason has motivated that in the last decade the use of aluminum in cars has increased.

In addition to the density of titanium, although it is higher compared to the alumulus (4.5 and 2.7 kg/dm 3), it has another very important characteristic, that is, that its melting temperature is very high (1678ºC). Thanks to this property, the technicians thought that titanium would be a very appropriate material to build hot parts of the aircraft. In aircraft turbines working temperatures are usually high, so to build arms and other parts it is necessary to use products that support these temperatures. In addition, if the density of these products is low, the needs of the aeronautics are covered.

In the 1950s, the U.S. government invested a lot of money in light metal research to boost military aeronautics. In the field of titanium $4 billion was spent and almost 3000 different alloys or combinations were investigated with other metals. Although the results were not very interesting (especially from a commercial point of view), the first titanium alloys were gradually used.

Among the first applications we must mention some parts of the engine of the plane DC-7 (year 1952). Metal production increased until 1957. In that period, military expenditures in the United States suffered a notable decline in aeronautics, due to the introduction of money in missiles. Consequently, titanium production was also lower until 1960, but since then it has always been on the rise. For example, in the Boeing 707 aircraft (commissioned in 1958) the number of titanium alloys was 80 kg, in the Boeing 747 (year 1969) 3850 kg and in the DC-10 (year 1971) 5500 kg, that is, more than 10% of the structural weight.

As we see, applications have been growing. Two conditions are being met. On the one hand, thanks to research new titanium alloys are being used. These new alloys are able to withstand higher temperatures. For example, in 1954 the Ti-6-4 alloy (6% aluminum and 4% vanadium) had its working limit at 300C. In 1984 the IMI-834 alloy (5.5% Al, 4% Sn, 4% Zr, 3% Mo, 1% Nb and 0.5 Si) can be used up to 590ºC. On the other hand, as production increases, the price of the ton decreases, becoming more competitive compared to other metals, especially with aluminum alloys.

Another of the properties of titanium that is being very useful in recent years is its high corrosion resistance. Thanks to this property, titanium alloys are increasingly being used to build pipes, roads, etc. in chemical industries. It is also a very suitable metal for storing liquids at low temperatures, such as hydrogen and oxygen.

Finally we will say that titanium is considered biomaterial. Titanium alloys better support the corrosion of liquids in our bodies than stainless steel, which makes bone prosthesis and metal parts of heart valves increasingly carry titanium.

As we see, although in the beginning titanium is only used in the military industry, it is currently becoming very important in many civil applications. At this time sales are distributed as follows: 35% in civilian aircraft, 28% in corrosion applications and 37% in military aircraft and missiles. But still the biggest problem of titanium is its high price, and at the moment its use in some areas is unthinkable. For example, according to the company Ford for use in cars, titanium should be at least three times cheaper and it seems that it will not be easy to get it. 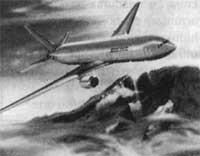