Neandertal XIX. For the first time in the twentieth century. The first traces were discovered in 1856. Since then, Neanderthals have lived with us in scientific records and we have researched for more than a century and a half. We have found many remains in Europe and West Asia, and not only human remains, but also archaeological remains: tools and materials. And precisely this year they have found a surprising footprint: a cord or a piece of rope. It is a piece of six millimetres in length. Six-millimetre cord. The six-millimetre string, better said, is three stranded filaments. 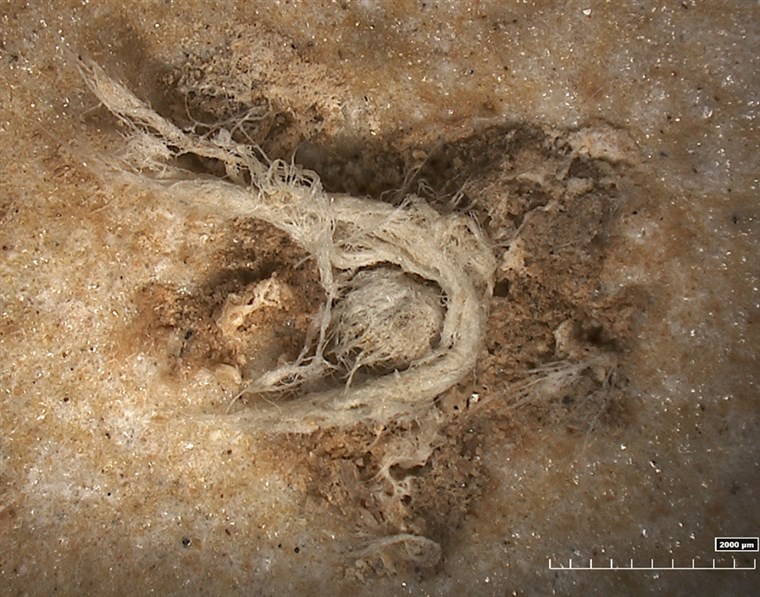 That is not a rope, you will think and I agree. It is not a rope, but it is a footprint of a rope. A tiny footprint of a body.But this short footprint contains a lot of information. It is the history of technology, or rather, the prehistory of technology. Of course, it is much older than Neanderthal technologies. The name of Homo habilis, for example, is significant because it was put for the instruments it manufactured and is much earlier than the Neanderthal. In 2010, the journal Nature published an article on an even older technology: It mentioned sharp stones to cut meat, more than 3 million years old, and species such as Australopithecus afarensis may have been used.

Compared to them, this Neanderthal string is modern, only 50,000 years ago. But there is a big technological leap. And it surprises us.

Making a braided rope requires a great knowledge and level of abstraction of materials. As for the material, the rope is made with the surface of a tree. Specifically, with fibers of an inner layer of a conifer. The Neanderthals were very skilled, they knew which trees to choose, how to remove the skin and how to extract the fibres from the inner layer. And as for the level of abstraction, we now know that three-fibre braid was effective in making a rope. This supposes a minimal mathematical abstraction. They were engineers.

In recent decades we have made great discoveries about Neanderthals. In a few years we have learned a lot. One of them has been the relative to its intellectual capacity. Much has been said about his works of art and the symbolic thought that this implies. Now, in addition, we have found mathematical abstraction in his technology. A 6 mm string is not long. But the information it keeps is very remarkable.